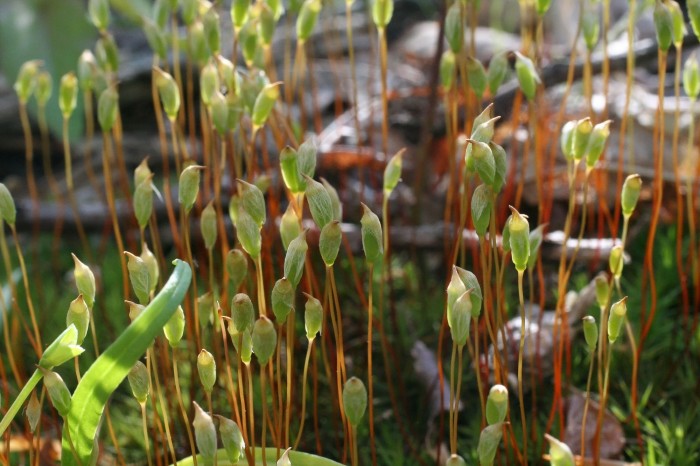 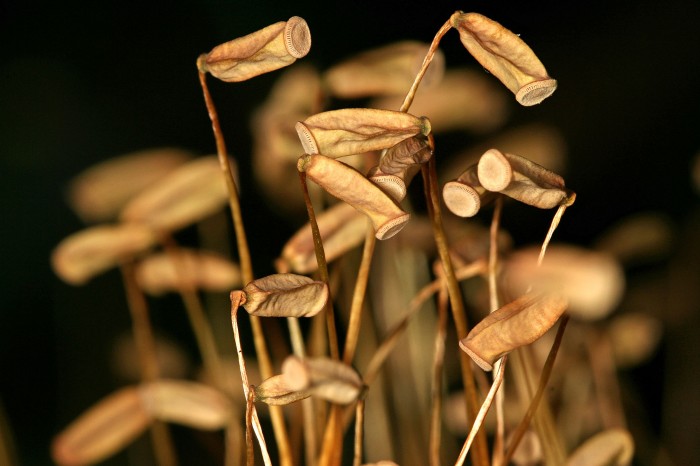 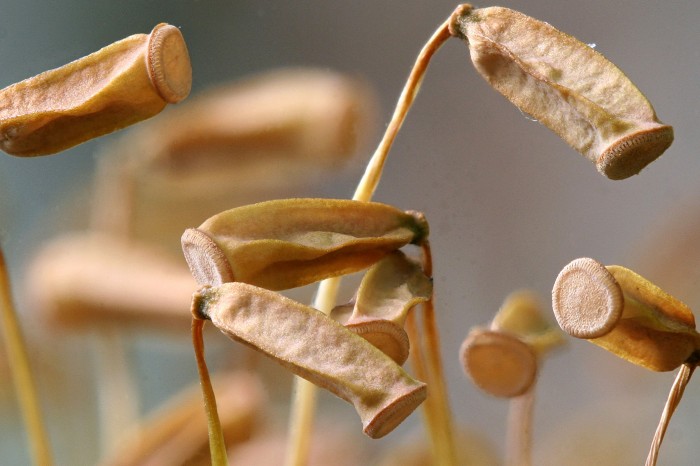 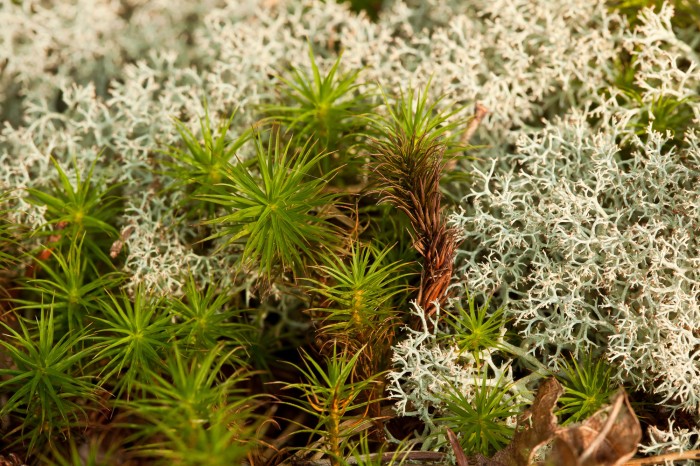 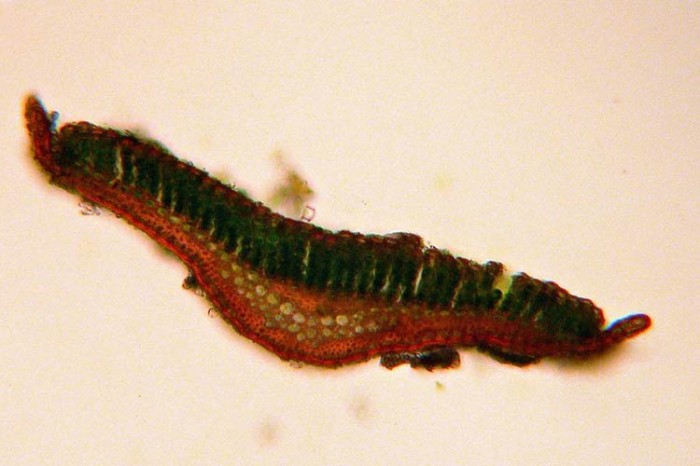 How to recognize oak haircap moss: Polytrichastrum ohioense (historically known as Polytrichum ohioense) is a wiry, robust acrocarp (cushion moss) that displays well the principal features of the family Polytrichaceae –leaves several cell layers thick, with the upper part of the leaf covered with longitudinal ribbon-like bands of  cells called “lamellae.” The peristome teeth are fused together into a disk (the “epiphragm”) such that the spores exit through pores oriented in a circumferential band around the margin of the mouth of the capsule. This species closely resembles common haircap moss, Polytrichum commune, from which it can be distinguished by the shape of the capsules (more elongate in P. ohioense) and the upper cells of the lamellae (flat-topped or convex in P. ohioense; notched in P. commune). However Polytrichum pallidisetum also has capsules that are very similar to those of Polytrichum ohioense. They can be separated by the seta length that is much greater with P. ohioense‘s 55-75 mm versus P. pallidisetum with 25-55 mm. Also the upper cell walls of P. ohioense are much thicker than those below, while P. pallidisetum lamellae upper cells are about as thick as those below. And P. pallidisetum has a variety of cell shapes in the cross-section, varying from flat to v-notched.

Where to find oak haircap moss: Polytrichastrum ohioense is found on the ground in open woods and clearings in wooded areas. It is widely distributed in Ohio. 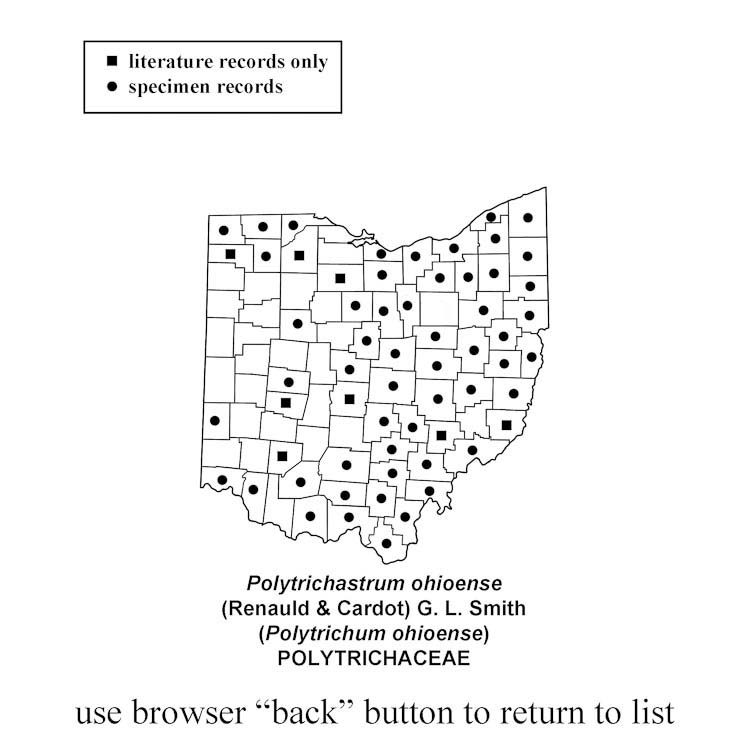