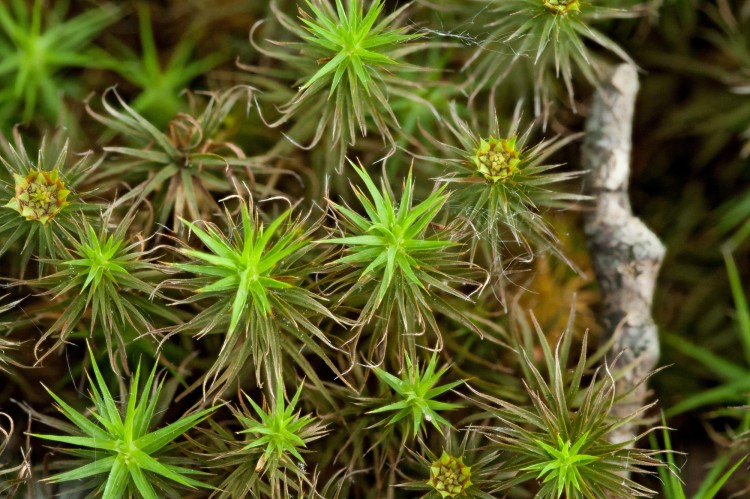 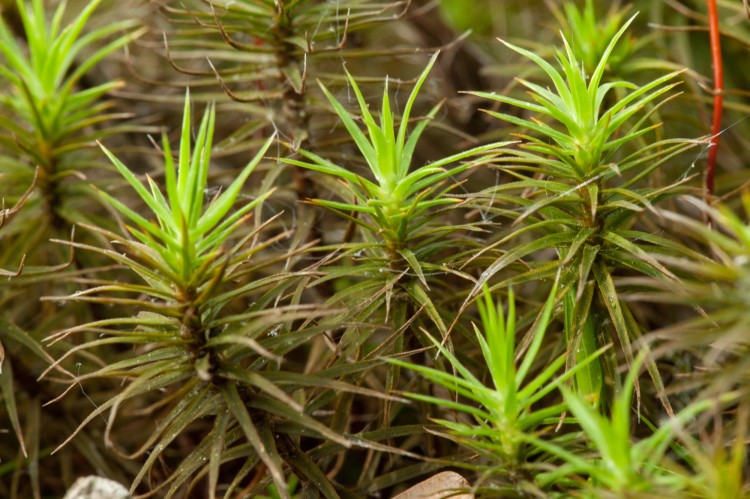 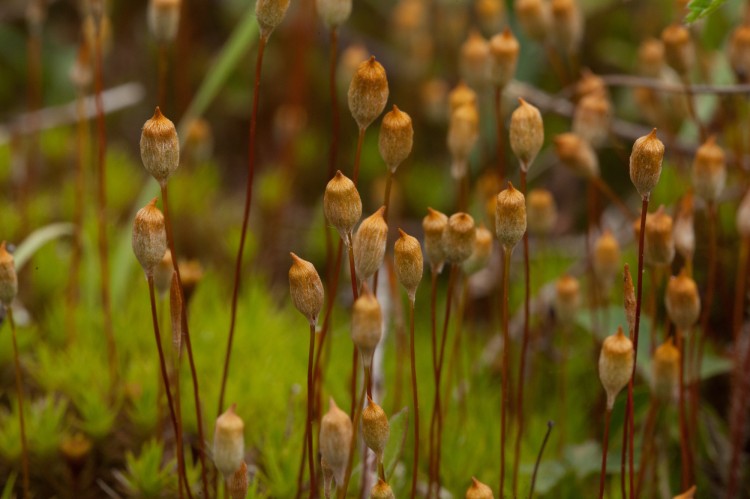 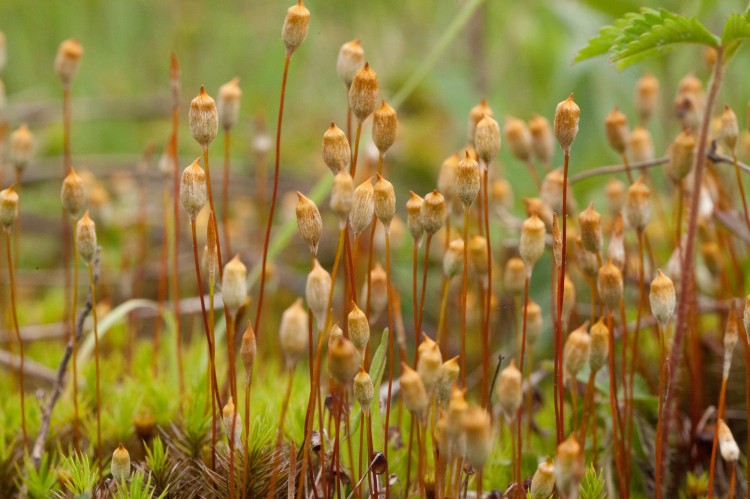 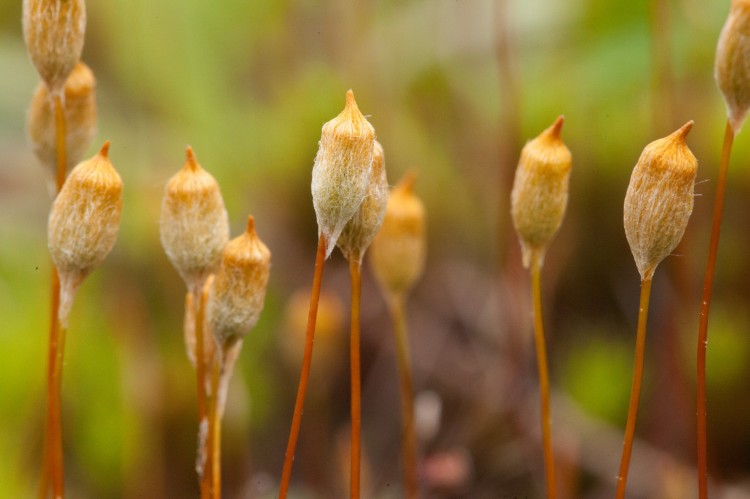 How to recognize common haircap moss: This moss is very distinctive when it is growing new capsules, since they are larger than many moss sporophytes and are covered with a hairy calyptra. After the calyptra falls off the rectangular box shape of the capsule is revealed; this 3-5 mm long capsule is almost square, with its 4-5 sharply angled corners and very noticeable hypophyses at the base which looks like a little round bulging cushion that the box rests on. The almost square capsule is a good field characteristic for the species. After the cap or operculum, which is flat with a short central proturberance, at the top end of the capsule falls off, the epiphragm (flat disk shaped cover) attached to the capsule with 64 little short teeth is seen. The spores escape from the capsule when the wind blows, through the little holes between these teeth. And the leaves are also distinctive. When moist they open out and the plants look like prickly green stars from above; when dry they hide this attractive appearance and appear as dried up almost dead vegetation. These leaves have 20-50 lamellae (stacks of thin ribbon-like strips attached along one side to the leaf in a lengthwide direction). These lamellae can best be seen by making thin cross sections of the leaf under a dissecting microscope with a razor blade, and also scraping some of them off the leaf to see the upper edge of the whole strip. Under the compound microscope the cross-section shows the cells along the top edge of the lamellae as larger than the cells below, and these larger cells have a small dent in the top edge. This plus the smooth edge to these cells, seen on the whole strips confirm that this is Polytrichum commune.

Where to find common haircap moss: Polytrichum commune is found in both sun and shade on soil, and rocks and even logs, and in wet boggy places along streams and lakes. 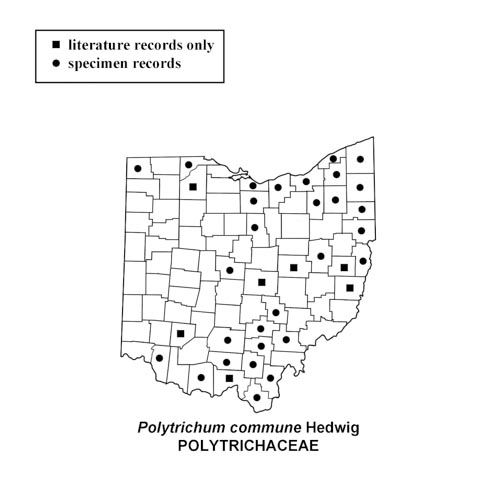