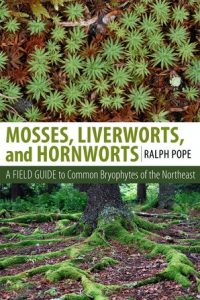 The is a remarkable book that bridges the gap between dense technical manuals and superficial field guides and covers these interesting plants in remarkable depth and detail for such a compact volume…. More than being just a simple identification guide, this book is a thoughtful interpretation of the flora with a much greater wealth of biological, ecological, and bibliographic information that is found in most field guides. Its rigor and friendly tone should inspire botanists to enter the miniature world of mosses, liverworts, and hornworts. (from review in Castanea by OMLA member Robert Klips) 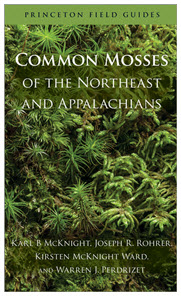 This is a very nice field guide. It is meant to be used outdoors, without microscopes or reliance on technical features. The selection of species is well thought out. The photos are quite good, and the line drawings are terrific (although the drawing are not original; they are adopted from Crum and Anderson’s big expensive 2 volume set, “Mosses of Eastern North America,” published in 1981). As well put together as it is however, the field approach might not be entirely practical as the primary identification methodology. Macroscopic visual aspect might not be a completely effective way to identify many mosses the first time. For the serious botanist, this guide is best as an accompaniment to more technical references. It has excellent vivid descriptions of the appearance of the plants, and wonderfully imaginative common names. Tornado moss! Medusa moss! Oil-spill moss! 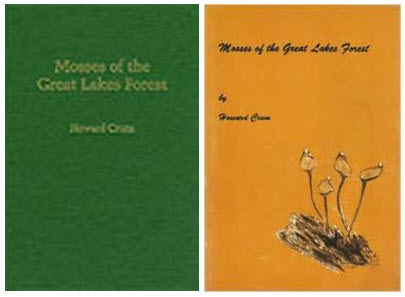 This may be the best single concise but nearly complete technical resource for identifying Ohio mosses. It has an easily navigated general key to genera, as well as individual family and genus keys. The illustrations are simple but adequate. Although written principally for the Upper Peninsula of Michigan, the author intended for the book to be useful throughout the northeast and Midwest, so he included some coverage (usually sparse but adequate descriptions) of extra-limital (to Michigan) species likely to be found elsewhere, such as Ohio. This single-volume work is modestly priced at $40, and earlier editions, which are almost identical and just as useful, can often be gotten from used booksellers for as little as $10. 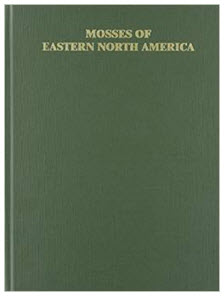 This 2-volume set is excellent. The only drawbacks are its insanely ridiculous cost, flimsy binding, and the fact that some of its treatments of difficult genera, for example Bryum, Brachythecium, and Grimmia, are almost impossible to use as they rely on poorly defined vegetative traits, and/or infrequently observed peristome traits and details of sexuality.  Also, being more than 30 years old, the nomenclature does not conform to more recent conceptions of the taxa. Moreover, the work lacks a broad introductory key to genera, so you have to already know what family your specimen belongs to in order to key it out. It would be best to use this set paired with Crum’s “Mosses of the Great Lakes Forest,” as a means to confirm and elaborate upon an identification process begun with that or another more user-friendly book. 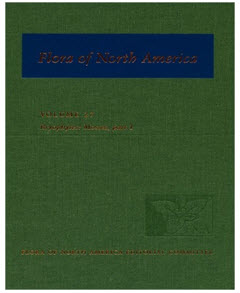 Here’s part of the description from the publisher: “The Flora of North America North of Mexico is intended to have two volumes (27 and 28) devoted to mosses, and one (29) assigned for the liverworts and hornworts. Volume 28 completes the moss treatments, and is an up-to-date replacement for Moss Flora of North America by A. J. Grout (1928– 1940). This volume also includes an introductory chapter on phylogenetics by A. Jonathan Shaw, and a key to moss genera of the Flora by Dale H. Vitt and William R. Buck. A corrections page for Volume 27 is included. Every genus and 53% of the species are accompanied by original illustrations drawn from author-provided material by Patricia M. Eckel.”

…and they go on to say “The Bryophyte volumes of Flora of North America (BFNA) represent the third effort to catalog and describe the moss flora for all of North America north of Mexico; previous treatments were provided by C. L. Lesquereux and T. P. James (1884) and A. J. Grout (1928–1940). The chapter on phylogenetics by A. Jonathan Shaw includes a comparison of these two classifications with the most recent classification by Goffinet (2008)”

These volumes are excellent, with generally good keys and fairly current nomenclature, as well as some good overview chapters on bryophyte phylogenetics and systematics. The illustrations are good but unfortunately only a tad more than half the species are illustrated and the illustrations, while excellent, are not comprehensive even for the species that are pictured. Hence this is principally a narrative, technical reference, not one that is as visual as a newcomer to bryology might like. Covering all of North America, its completeness is both a benefit and a drawback for someone working in a particular region. Yes, your moss will be there, but you may have to wade through a lot of extraneous western North American species while nailing it down. Absent from vol. 27, the 2nd volume in the set (28) does have a key to genera. Like the other more technical work described here (Crum and Anderson’s 1981 “Mosses of Eastern North America”), this set is best used alongside a more geographically narrow-ranged and practical manual, such as Crum’s Mosses of the Great Lakes Forest. 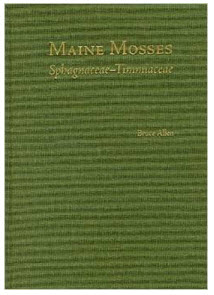 This set of volumes is excellent, similar in many respects to Crum’s single volume “Mosses of the Great Lakes Forest.” It has a full set of user-friendly keys, illustrations (by the author!) of all species, and is fairly concise because it focuses on a single region, but, like Crum’s Michigan volume, it is designed to be useful over a broader area as well. An excellent aspect of this work is the thoughtful discussion and descriptions that guide the user through especially difficult groups. Bruce Allen humanizes the subject matter, telling how to look for the pertinent features rather than merely reciting them. Even though Maine is far away, there are few Ohio species absent from this treatment, so this may be the best single reference set to use for moss identification. Highly recommended!