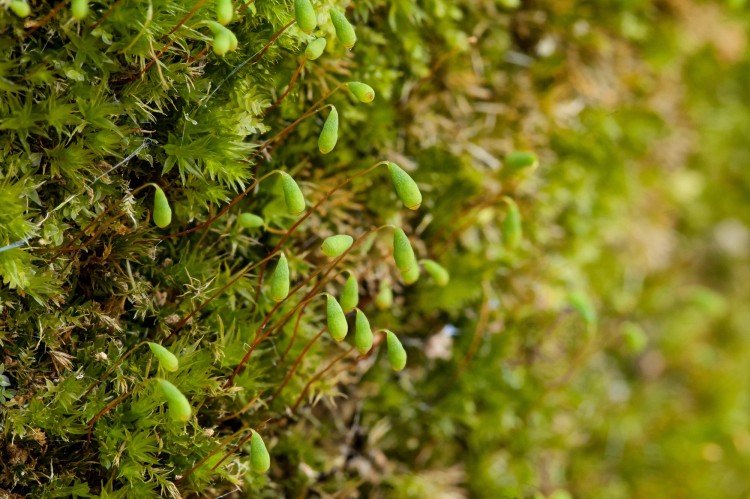 How to recognize copper wire moss:  Pohlia nutans is a fairly common moss and is usually found with lots of sporophytes. The capsules are supported by orange, copper-colored seta which makes the moss very easy to spot, especially since the plant itself is a short but not particularly distinctive tuft. The leaves are 1-2.5 mm long and lanceolate, with a midrib that does not quite reach the tip. This leaf tip is somewhat serrulate with little bumps from the projecting ends of the elongate leaf cells. The capsules have an obvious neck, narrower than the spore containing capsule.

Where to find copper wire moss:  Pohlia nutans is found on soil, on humus over rocks, sometimes on stumps, in both shady and full sunlight areas. If it is growing in a somewhat stressful environment for a moss it is often found without sporophytes. 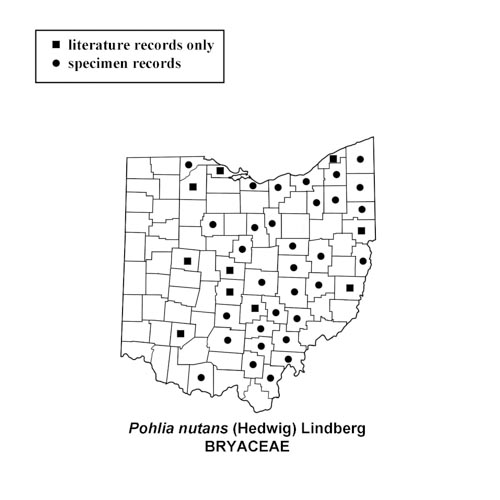