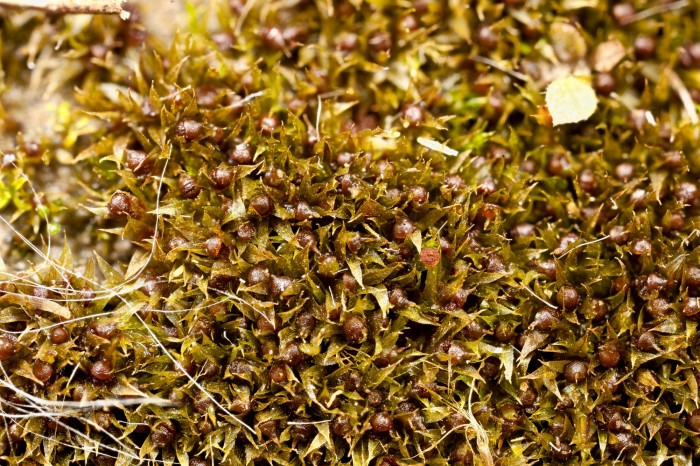 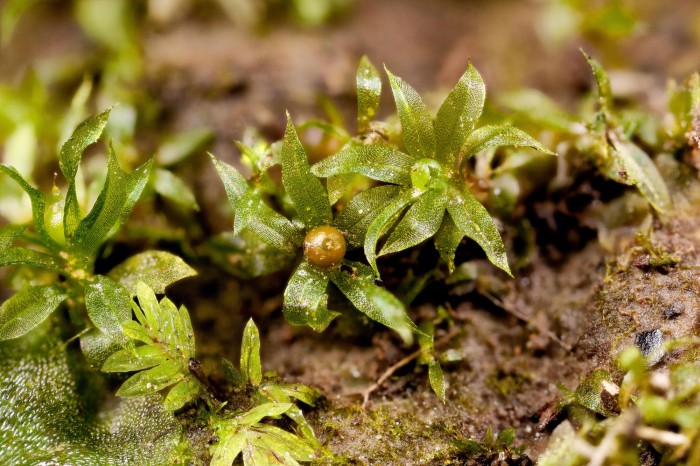 How to recognize Aphanorrhegma serratum: This is typically a fall ephemeral cushion moss (acrocarp) growing on the ground in newly abandoned farmland and similar open soil areas. It resembles other members of the Funariaceae, such as Physcomitrium and Funaria by having broad leaves that are costate (with a single midrib) and toothed in the upper half along the leaf margin. Aphanorrhegma has sessile capsules that sit down in the leaves and open with the distinct operculum (lid) falling off, rather than rupturing irregularly as does the much rarer, very similar, Physcomitrella patens.

Where to find Aphanorrhegma serratum: Toothed earth moss is widely distributed across Ohio, with a known occurrence pattern that is scattered, probably owing to lack of collections rather than scarcity. The basic plant consisting of stem and leaves is quite similar to the “urn moss”, Physcomitrium pyriforme. Aphanorrhegma is most noticeable in farm fields in late fall, when the sessile capsules render it distinctive. 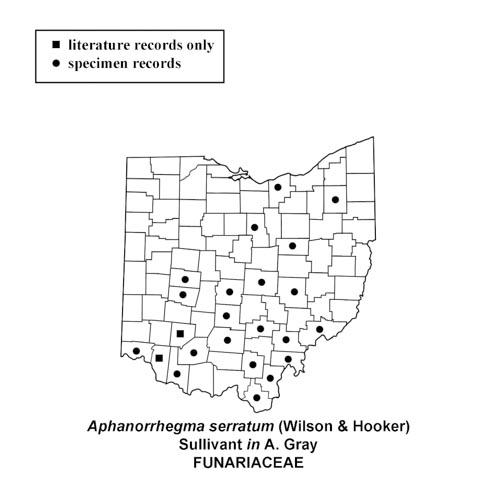