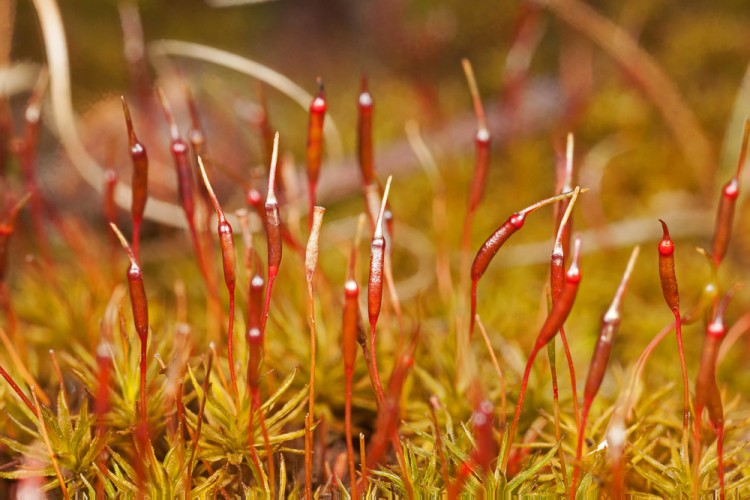 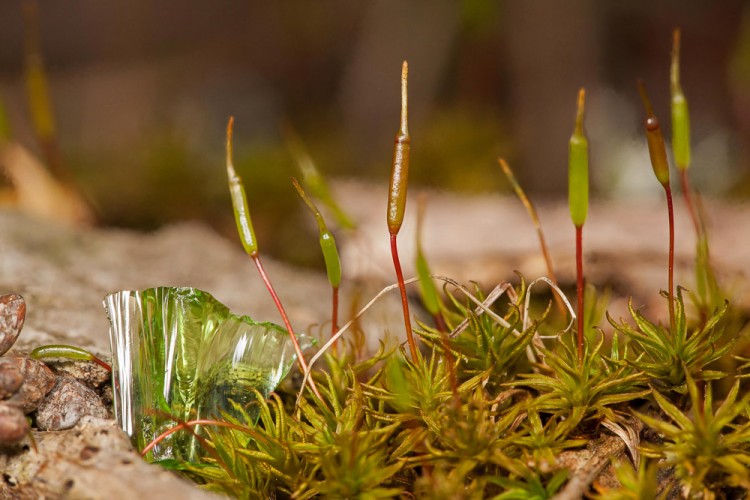 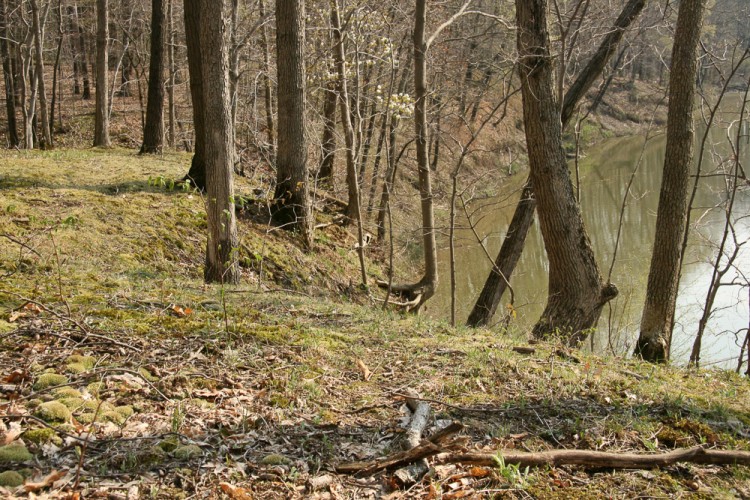 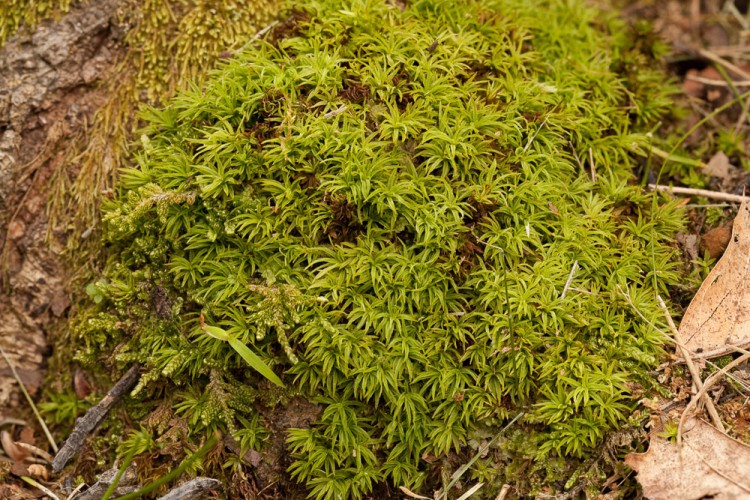 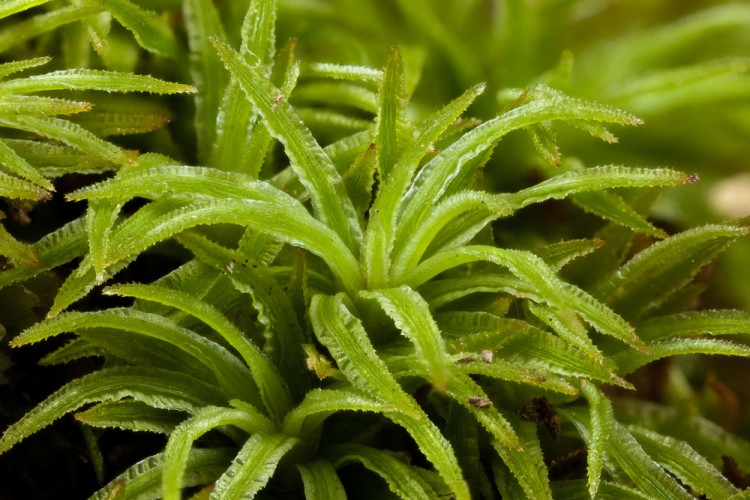 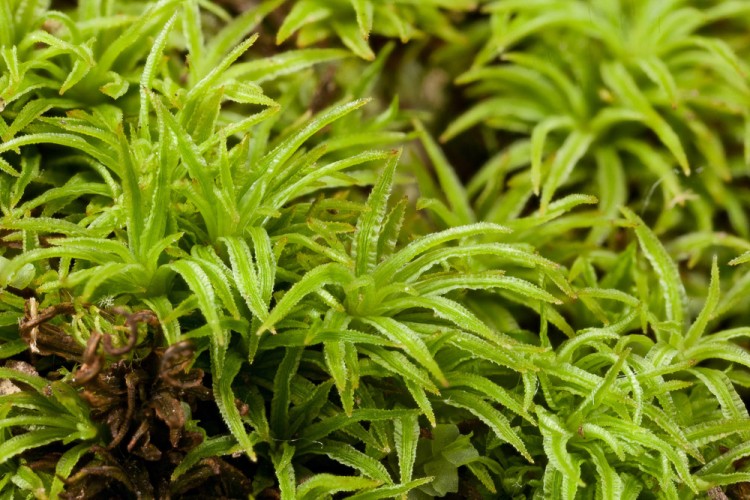 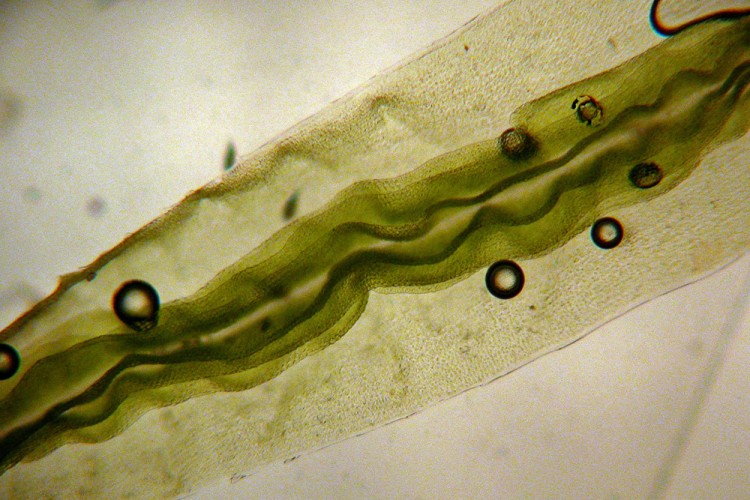 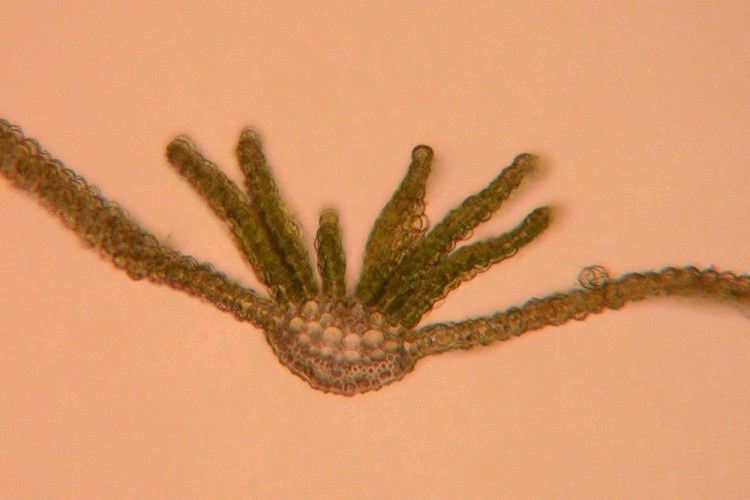 How to recognize slender starburst moss:  If the little plants of Atrichum angustatum are wet they look like little green stars with the lanceolate leaves extending out from the center; if the plants are dry the 3-7 mm leaves shrivel and contort and fold up around the stem and make the plants look half dead. If the leaves are wet a handlens will show the lamellae (5-9) little strips of plant tissue one cell thick and up to 9-15 cells high in this species that grow lengthwise from the costa). Examining cross-sections of the leaves under the microscope shows these plant features of Atrichum very clearly. This species of Atrichum also has the smallest cell widths of all the species, since they are only 16 microns wide or less. The cells in the upper to middle part of the leaf are bulging-mammillose on the side toward the stem, and flat to slightly bulging on the back of the leaf. The upper leaf width is usually less than 1 mm with the costa with lamellae 1/3 or more of the upper leaf width. The leaves and the lamellae are usually wavy as is shown in the photographs above, which is a distinct characteristic of this species. The teeth found along the upper leaf margins are double. The capsules are usually erect and the operculum is long rostrate.

Where to find slender starburst moss:  Atrichum angustatum is found in both dry and wet places on soil, by roads and paths, and on rocks or by roots, and often in disturbed areas such as the piles of soil thrown up by fallen trees. 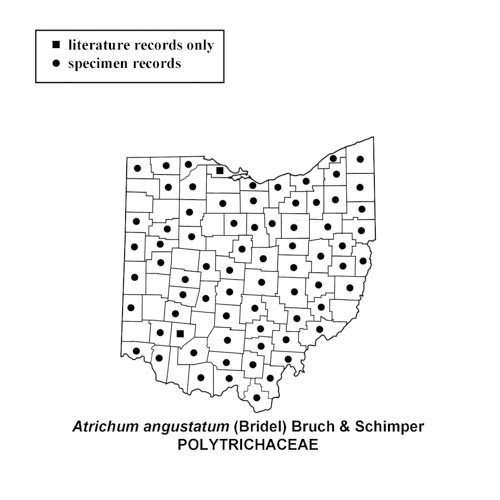