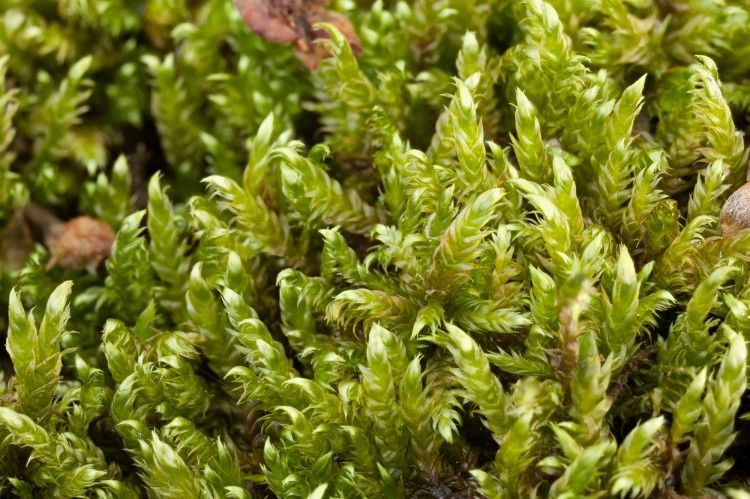 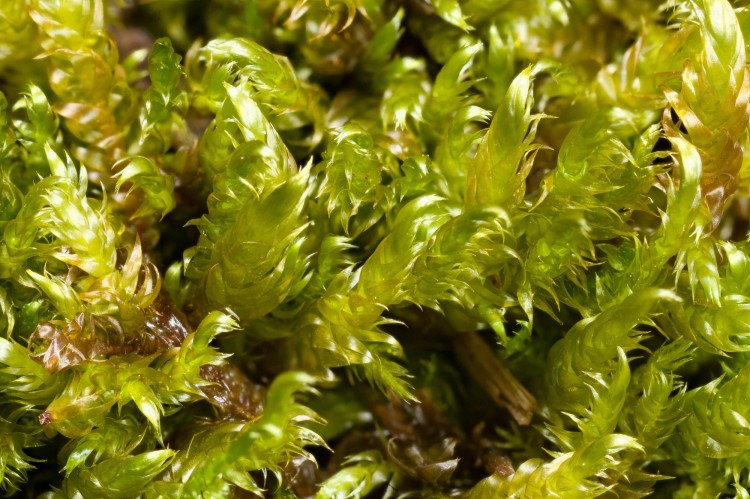 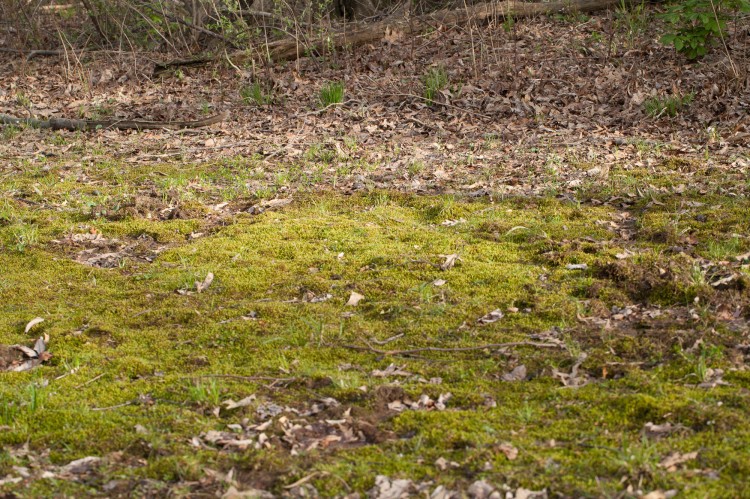 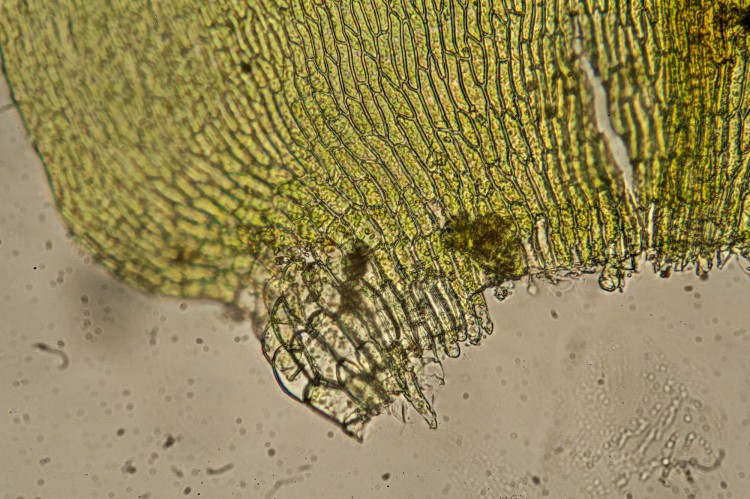 How to recognize Calliergonella lindbergii:  This moss is known as Calliergonella lindbergii in the recently published Bryological Flora of North America, and Maine Mosses, and in the moss atlas on this site. But it was formerly named Hypnum lindbergii, and looks like a Hypnum with its 1.5-3 mm falcate-secund leaves but has more irregular branching than Hypnum imponens or curvifolium. The leaves have a short double costa, and several rows of enlarged clear alar cells that often bulge out away from the leaf and stem on the edge of the leaf. Just above these is a short group of thick-walled rectangular cells. The pseudoparaphyllia around the branch bases are orbicular. A cross section of the stem will show a row of enlarged clear thin-walled cells around the stem; this is called a hyalodermis. Sometimes in old stems the outer thin cell wall is eroded away and the rest of these cells give a notched appearance. And often the stem appears orange or red when it is older.

Where to find Calliergonella lindbergii:  Look in wet swampy places, on bare soil, humus, rocks, logs, or among grasses. 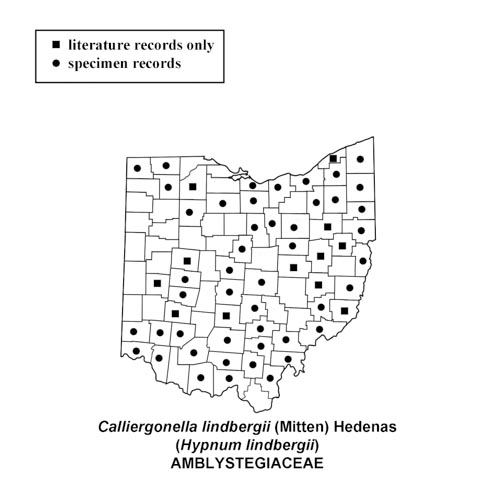