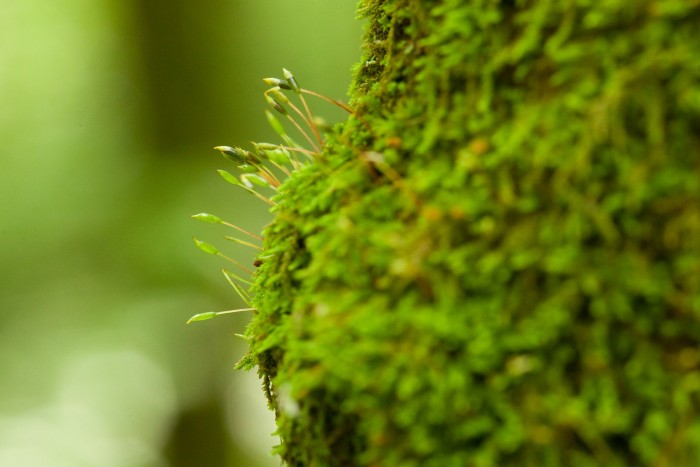 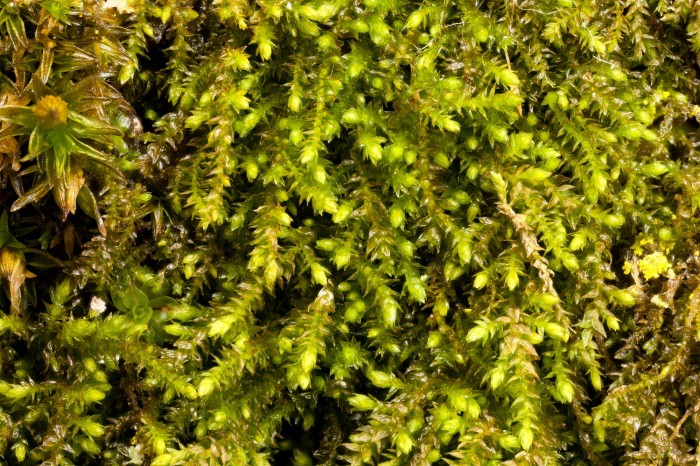 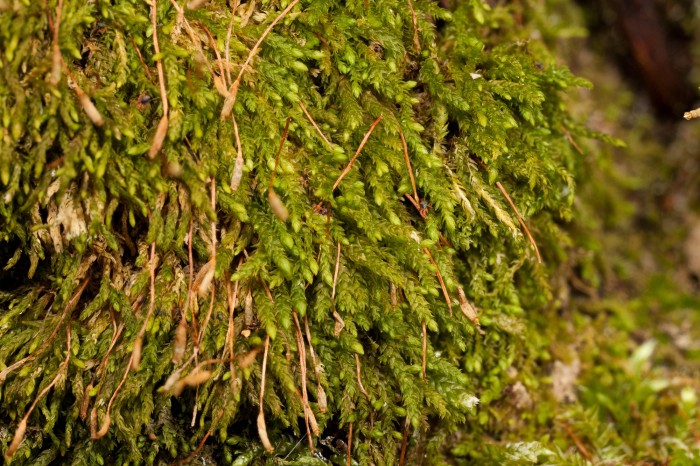 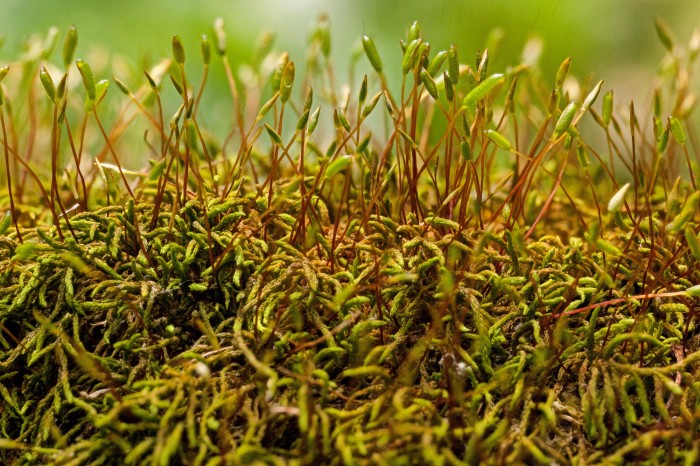 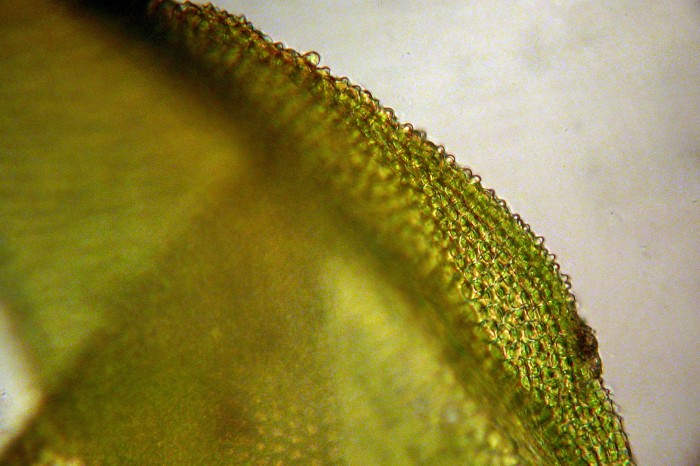 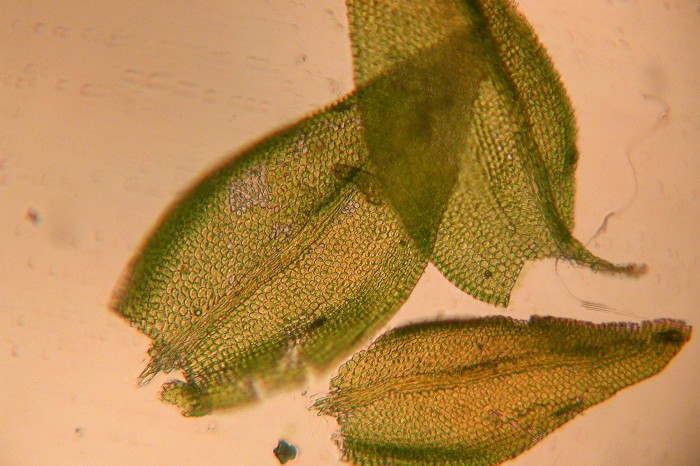 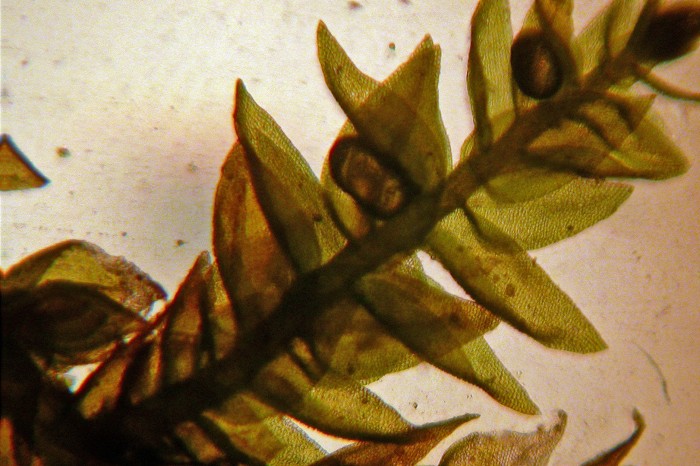 How to recognize Leskea gracilescens: This is a little moss that grows on trees and looks like  a mat of little dark green threads. The leaves are less than 1 mm long and are held close to the stem when dry but extend out when wet. They are ovate in shape or ovate-lanceolate with a single faint midrib, and the cells have a single papilla. These leaves are concave at the base and biplicate at the base with two tiny folds. The papillae are best seen under the compound scope by making a slide that includes branches. A series of tiny bumps can be seen along the backs of the leaves. This moss also has paraphyllia, which are little leaf-like or thread-like structures growing along the stem. They can be found by stripping off most of the leaves from the stem and scanning up and down the stem; they are usually scant in Ohio Leskea gracilescens, but can be found with persistent search. The capsules are cylindrical, 2-3 mm long, and fairly erect.

How to find Leskea gracilescens:   It is found on tree bases in flood plains or along streams, and logs, and occasionally on rock. 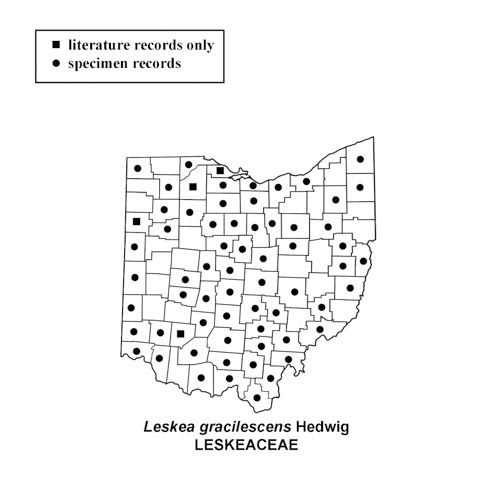