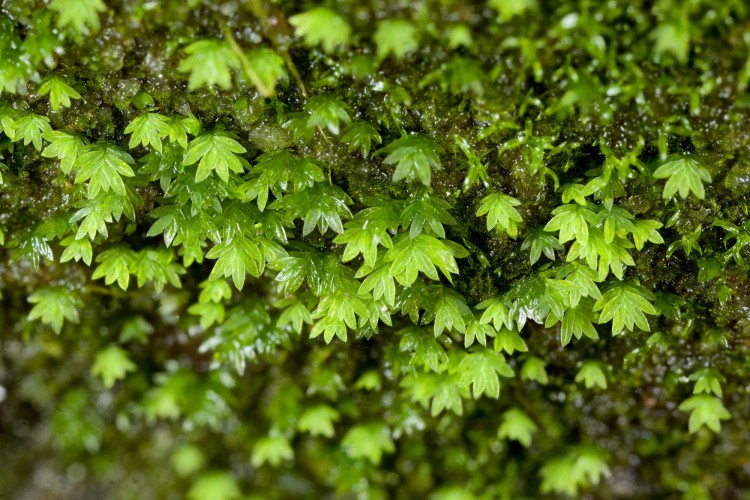 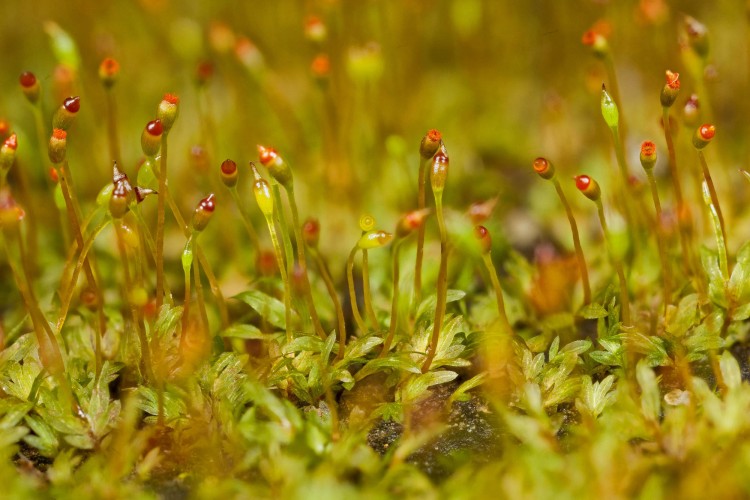 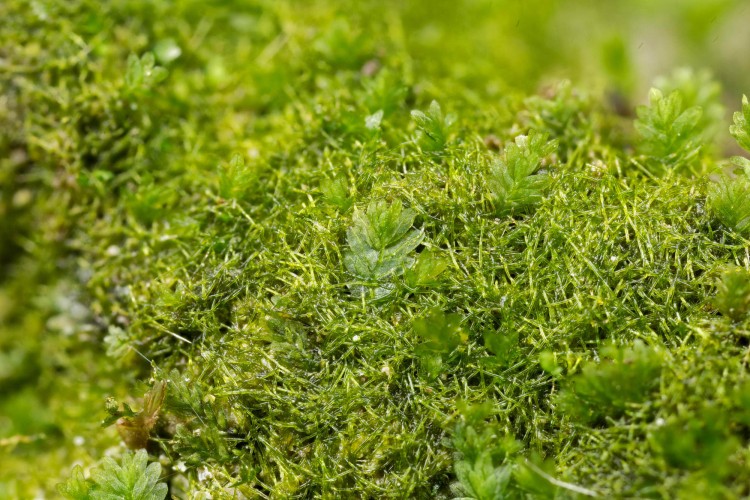 How to recognize Fissidens bryoides:  Fissidens bryoides is a tiny little moss with 1-2 mm leaves on either side of the stem. Fissidens is one of the few moss genera in North America where the leaves arise from the sides of the stem, and are not just twisted around so they look as though flat. In this genus, there is an extra flap of leaf on the lower half of the leaf that with the rest of the leaf forms a pocket around the stem. There is a border of hyaline (clear) longer cells along the margins of the leaves that you might be able to see with a handlens.

Where to find Fissidens bryoides:  On wet rocks besides streams and wet soil. It clings very tightly to the rocks. 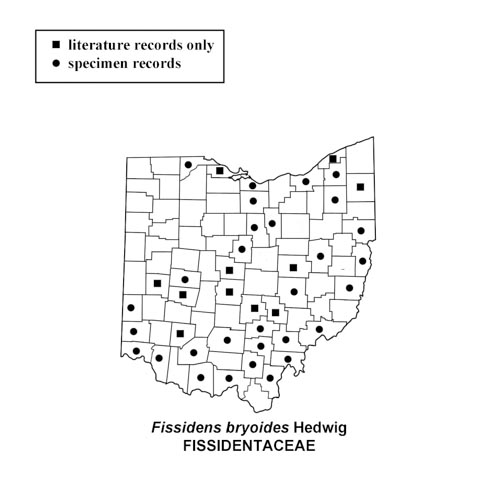