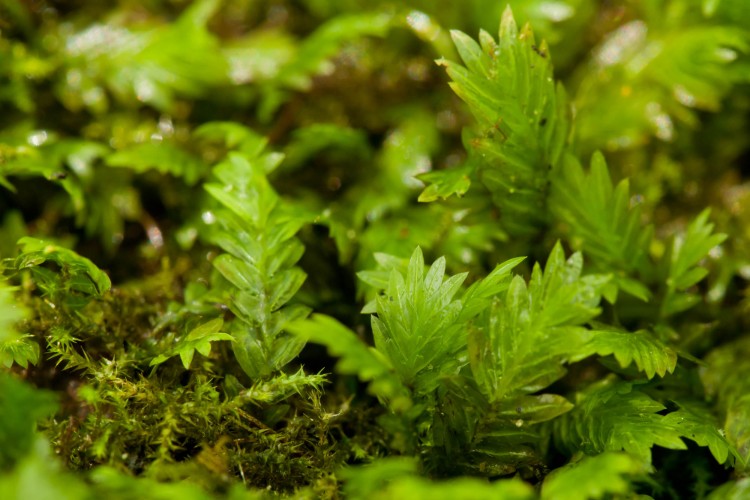 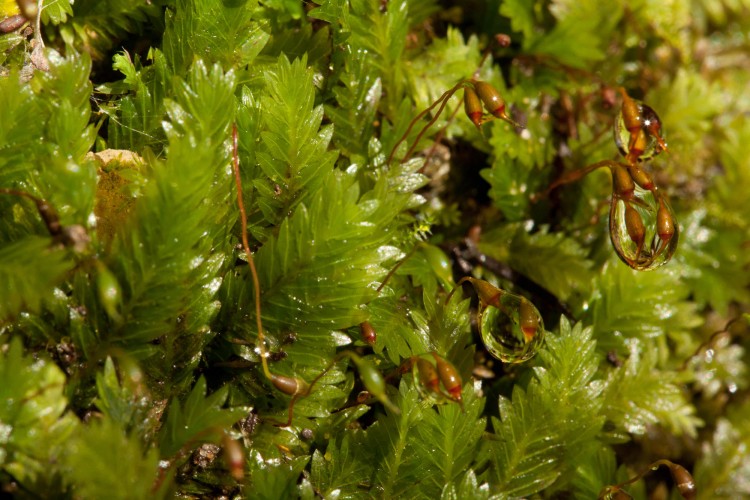 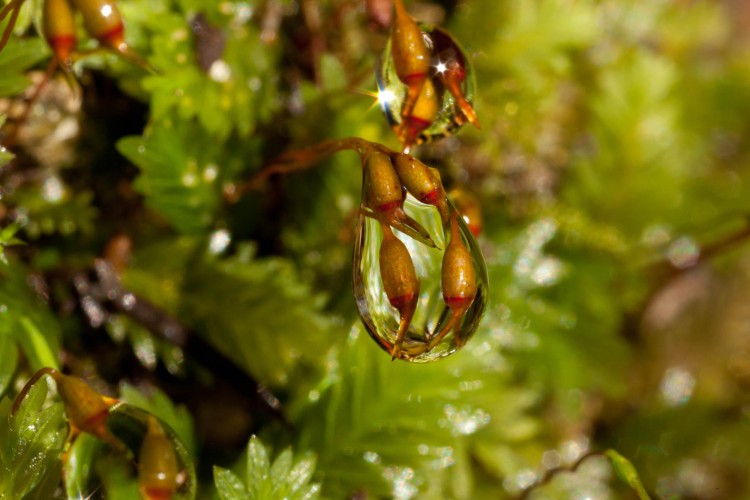 How to recognize maiden-hair split-toothed moss: Fissidens adianthoides is a fairly robust moss with leaves that are strictly two-ranked. Fissidens is one of the four strictly two-ranked moss genera found in North America, and is the most common of the four. This genus has very different leaves with an extra flap of leaf extending from the costa part way up the leaf with the plant stem partially enclosed within the double leaf. There are often up to 60 pairs of oblong to lanceolate leaves on a single plant. There are usually 4-5 rows of paler cells at the serrate margin of the cell above the extra leaf flap, and the costa extends to within 2-3 cells of the acute leaf tip. If capsules are present they do not grow from the tip of the plant. The leaf cells are 10-20 microns long.

Where to find maiden-hair split-toothed moss:  Fissidens adianthoides occurs in moist wooded places, on stumps and boulders, both acidic and calcareous in nature. 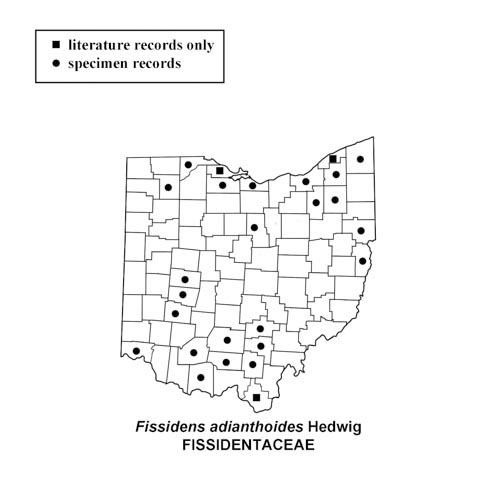