Segregated from Physcia approx. 20 yrs. ago, the “frost lichen” genus Physconia is characterized by a foliose, brownish-gray to brown thallus, corticate above and below; lobes elongate, up to 2 mm wide; upper surface, especially the lobe tips, heavily pruinose. Four species occur in Ohio, of which two —P. detersa and P. leucoleiptes –are the more common, and especially difficult to distinguish from one another. 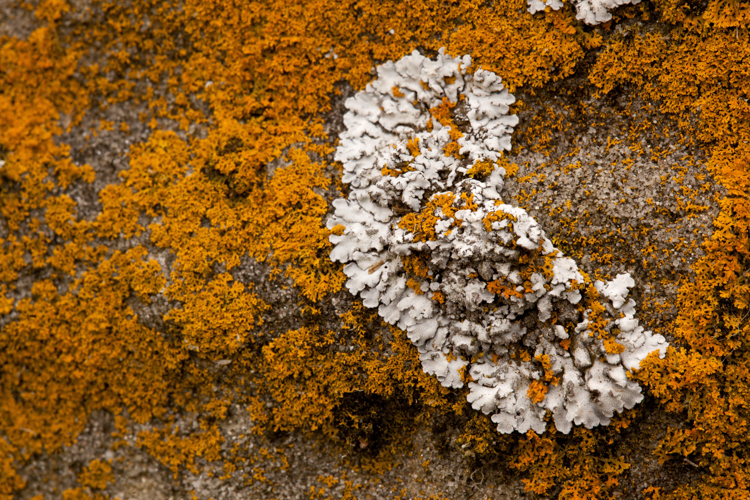 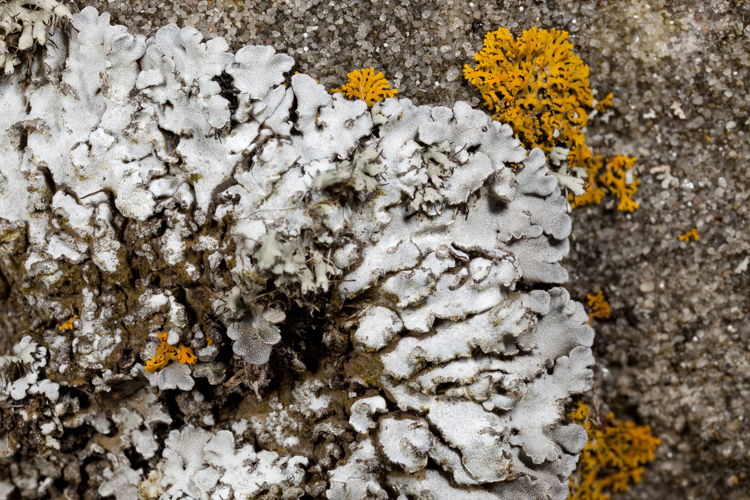 ECOLOGY of P. detersa: Found in the eastern US and on the west coast; widespread in Ohio probably present in every county; very common on cemetery headstones; less frequently on bark. 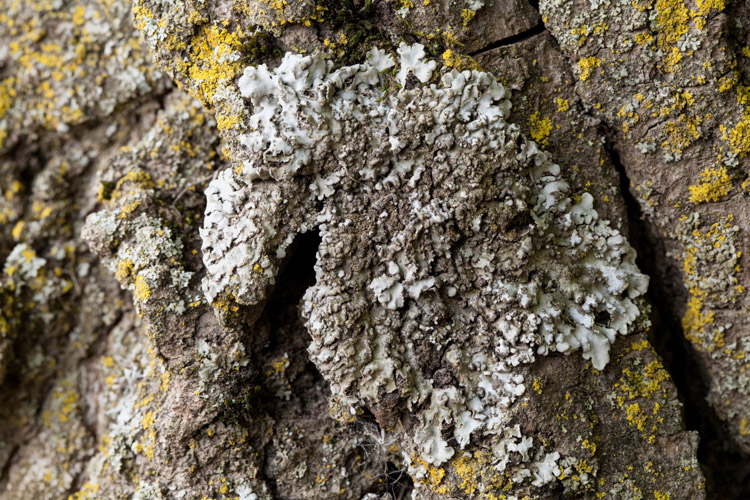 ECOLOGY of P. leucoleiptes: Found in the eastern US within the same range as the more common P. detersa; widespread in Ohio, probably more common in the western counties; on cemetery headstones and bases, more rarely on non-acidic bark. This species, along with P. kurokawae, was formerly lumped with P. detersa and the Ohio distribution is probably incomplete.