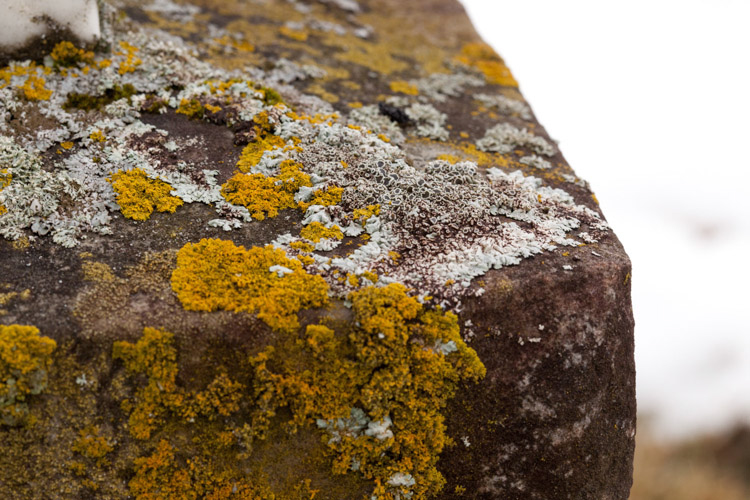 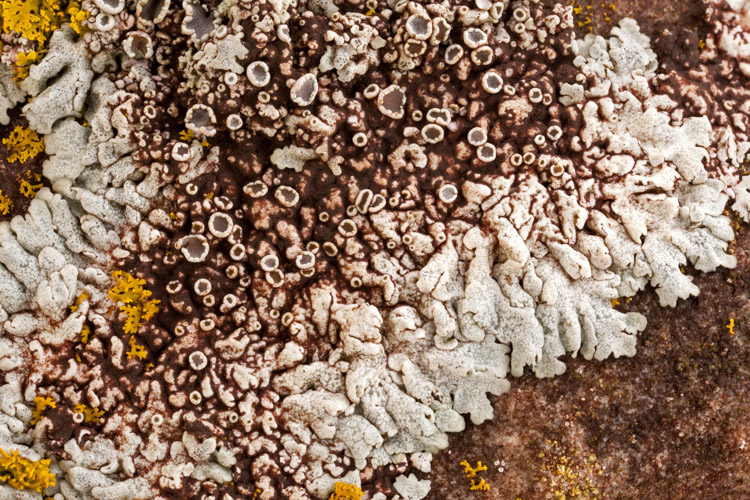 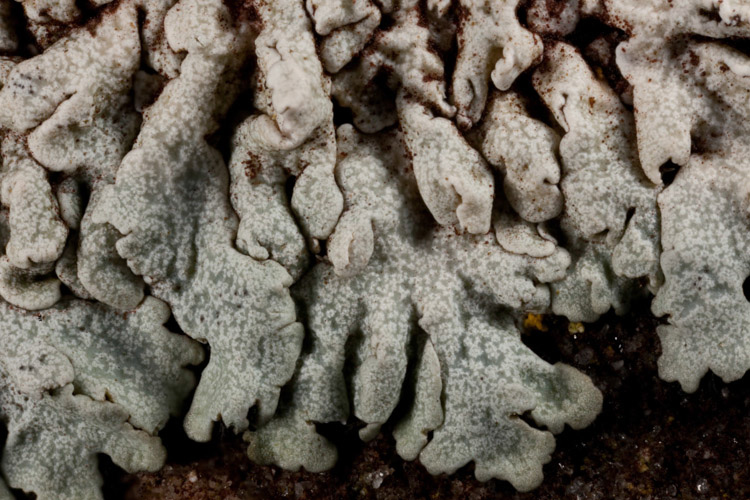 DIAGNOSTIC FEATURES: NIS; strongly white maculate, found on rocks; compare with P. caesia which is sorediate and P. aipolia which is similar but found on bark.

ECOLOGY: Rather common on rocks in the US excluding the central prairie region; this species was formerly lumped with P. aipolia; probably more common in Ohio on native rock and cemetery headstones; only two confirmed collections from Coshocton and Crawford counties.