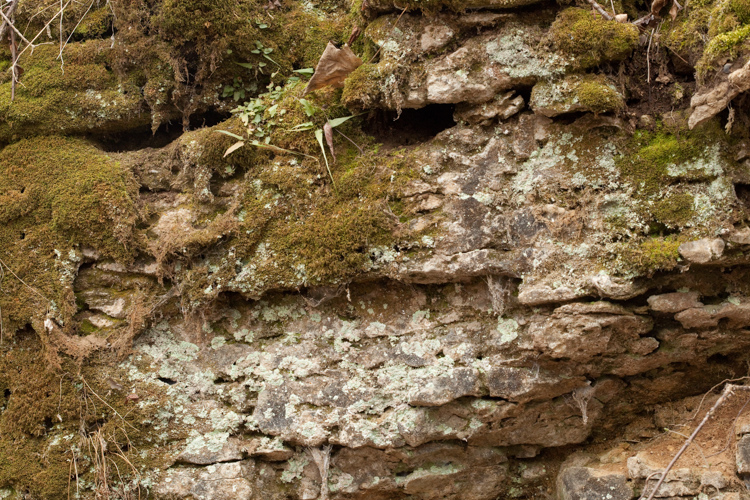 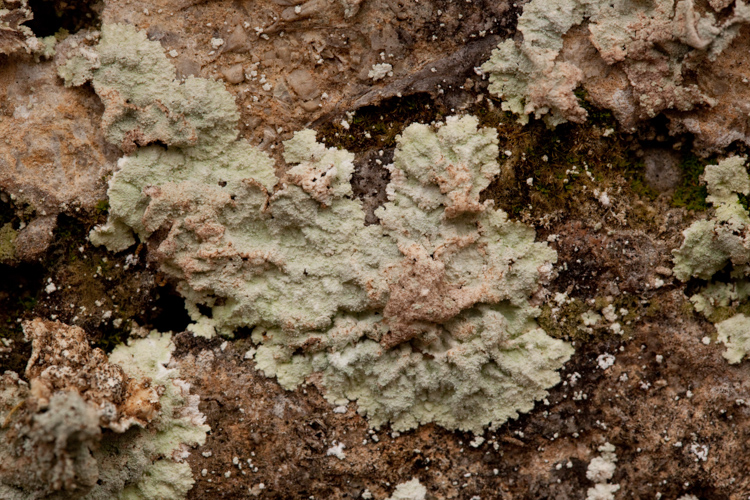 The dust lichens are sterile crustose lichens that consist only of a layer of sordia, thus appearing as a layer of think dust on the substrate. They occur in mosit shady places, where they absorb all their moisture directly from the air. This species is described by Brodo et. al in Lichens of North America (2001, Yale University Press) as being “Common on tree bases, shaded rocks, and mosses. COMMENTS: Lepraria lobificans is one of the most common dust lichens in North America. Its thick, almost yellow-green thallus is fairly characteristic.”

The 2011 Issue of OBELISK contains an article on dust lichens by Don Flenniken.