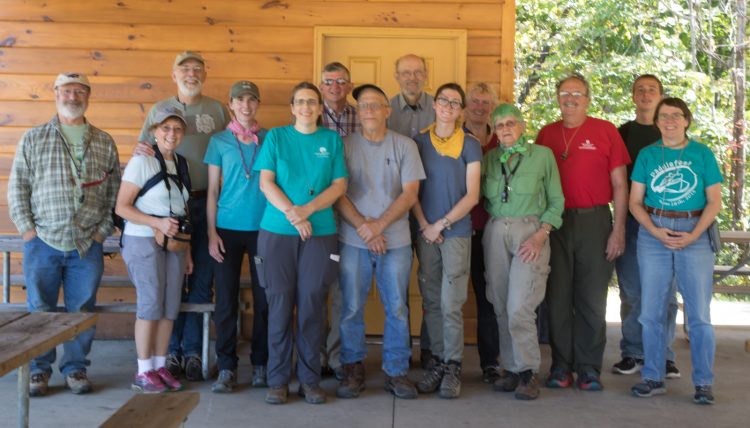 The areas in which we collected (western and central Morgan County) offered habitats including mature and secondary deciduous forests, boulders and outcrops, streambeds, flood plains, and man-made substrates. Our scope room in the Burr Oak State Park Lodge included a beautiful view of the lake, and many of us stayed the weekend in the park, whether in the lodge, cabins, or campground. 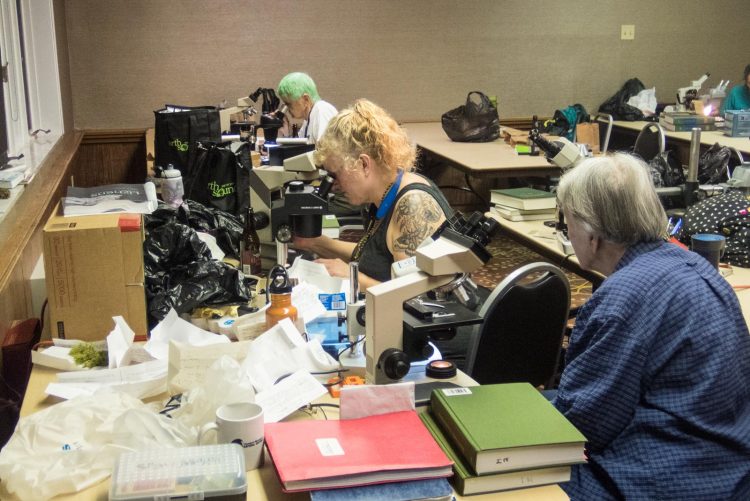 The “scope room” in the lodge is a moss and lichen laboratory.

Lichens found during the Fall Foray totaled 119; 63 macrolichen species and 56 crustose species. Microscopic examination also revealed 2 species of lichenicolous fungi. These fungi which are parasitic upon lichens are sometimes included in a comprehensive lichen list. Most of the macrolichens observed had already been reported for Morgan County but 16 were new county records, bringing the county total to 83. The distribution of crust lichens in Ohio is only now being studied, so the crustose species are not noted as new. 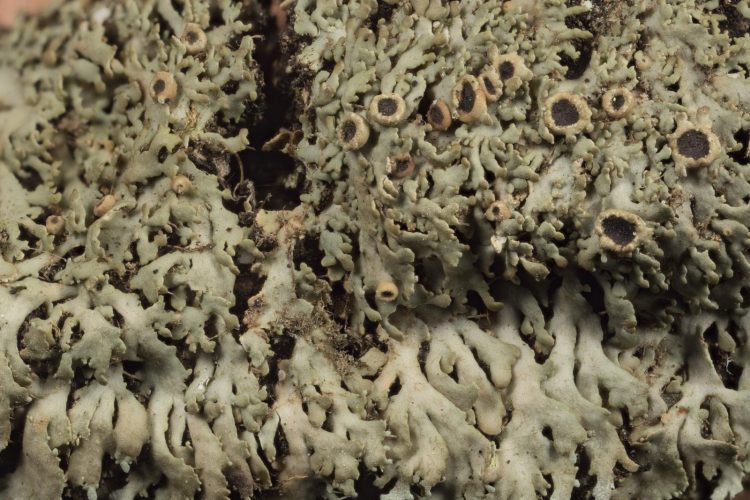 Fringed lichen, Anaptychia palmulata, seen at the base on an oak tree at Burr Oak State Park.

There is not a recent comprehensive list of liverwort records by county for Ohio. The most recent known to us is a 1964 work by
Harvey Miller, which shows no records for Morgan County. So the 9 species found during the Fall Foray might all be considered new county records. 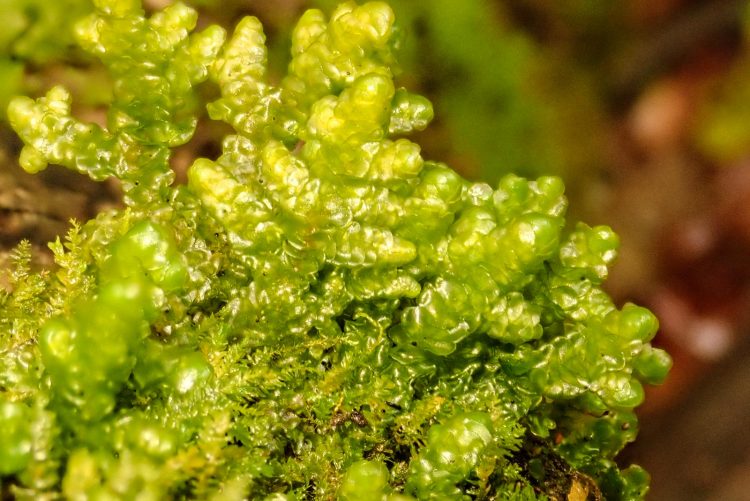 Porella platyphylloidea is a leafy liverwort found on trees.

Mosses found during the Fall Foray totaled 68, of which 49 are new Morgan County records. This more than doubled the
Morgan County moss record count, from 37 to 84 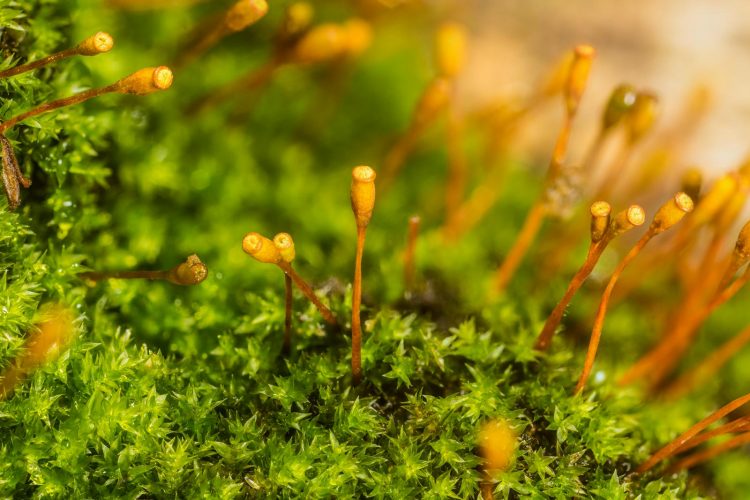 Anacamptodon splachnoides is “knothole moss,” seen at eye level on an oak tree.

For further information about this most excellent foray, including moss and lichen species lists, look in the December 2017 volume of the Association’s newsletter, OBELISK.