Every now and then you meet someone who lives by the philosophy that “you can do a lot if you don’t care who gets the credit”. That person is Diane Lucas. She is an integral part of the Ohio Moss and Lichen Association, often in the background, but playing important roles.

Diane Lucas entered my life 24 years ago when she signed up for a lower plant morphology class that I was teaching at Kent State University (KSU). Diane REALLY wanted to learn all she could about bryophytes. The course was offered shortly after the publication of A Catalog and Atlas of the Mosses of Ohio (Snider & Andreas 1996). Jefferson County was the only county with no reports of mosses. We decided to collect and publish the bryophytes of Jefferson County. About once a week, over several years, we drove to Jefferson County and found places to collect. That effort resulted in our first publication together (Andreas & Lucas 2006).

Having attained confidence, Diane took on projects like collecting the bryophytes of Cattaraugus County, NY, and Bradley Woods, part of the Cleveland Metro Parks. She established and put on the Consortium of North American Bryophyte Herbaria (bryophyteportal.org), a bryophyte herbarium at the Cleveland Museum of Natural History.

For years Diane would come to KSU weekly to work on the identification of mosses. Together we traveled to various bryology events such as the Blomquist and Andrew Forays. Diane has attended all 15 of the Crum Bryological Workshops. Few have been so dedicated. Diane is also one of the founding members of the Ohio Moss and Lichen Association.

After the publication of the 1996 atlas, we continued to keep records of new county records of the distribution of Ohio mosses. We kept each new record in a notebook that Diane lovingly refers to as the “blue book”. However, she knew she could do better. Diane took a class to learn to use a database program, and soon the information in the 1996 atlas and all new records were put into a database. The OMLA digital maps occur because of Diane’s efforts. 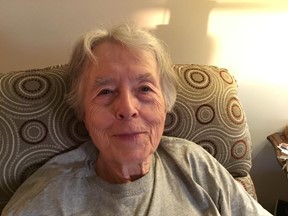 Diane grew up in Olean, NY and graduated from Elmira College and St. Bonaventure University. She was trained as a chemist and  her professional career began at NASA. There she met and married Jim Lucas, and together they raised two daughters, Karen and Sandy. During that phase of her life she developed an interest in astronomy and solar eclipses. She built her own telescopes and learned to grind the necessary mirrors. That interest took her all over the world chasing solar eclipses.

If you search the Consortium of North American Bryology Herbaria (bryophyteportal.org), you’ll find that, as of 2020, Diane has submitted 6,147 herbarium records, which represents 500 species, scattered over 13 US herbaria. That’s quite an accomplishment for someone who never looked at a bryophyte until age 65.