Usnea, or beard lichen, is a particularly diverse genus of macrolichens. Usnea hirta, the bristly beard lichen, was discovered in Ohio for the first time during the summer of 2016. The extremely dense isidia that cover its fruticose branches is diagnostic of this species.

I found it in Summit County while working as a Summit Metro Parks seasonal employee conducting unrelated surveys. The lichen was growing on a crabapple tree near the center of some of the largest wetlands in NE Ohio – the Liberty Park wetlands in Twinsburg. Initially, the specimen was not collected due to conservational concerns, but it was eventually decided that it would be best to collect the specimen so it could be confirmed by an expert and documented as a new record for Ohio. The lichen was sent to the New York Botanical Garden and was confirmed to be Usnea hirta by Dr. James C. Lendemer. The specimen is curated in the Kent State University Herbarium. 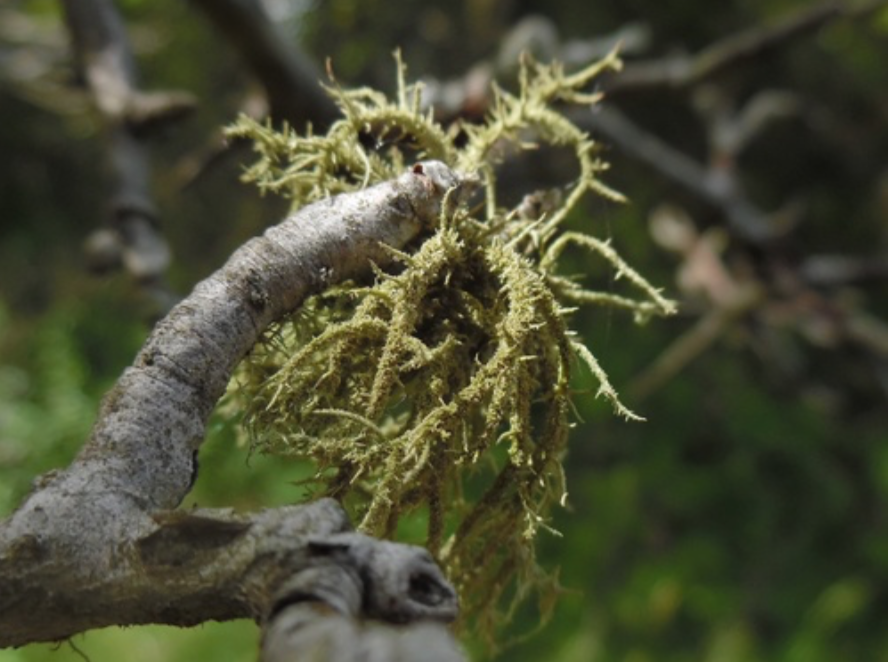