Usnea dasaea is a widespread and relatively rare species of beard lichen that is usually found on the bark of hardwood trees. It has a shrubby to sub-pendent, sorediate fruticose thallus with dense fibrils. Usnea dasaea is likely to be confused with U. amblyoclada because the medulla of both species reacts K (potassium hydroxide) + yellow turning red, but U. amblyoclada is strictly a noncalcareous rock-dwelling species with black-tipped isidiomorphs rather than consistently colored isidiomorphs.

Usnea dasaea was found in Ohio for the first time in Portage County, Ohio at West Branch State Park on October 28, 2016 by lichen enthusiasts exploring the area. It was a large specimen and was found on a young, dead ash tree trunk in full sun in a secluded area of the park. It was collected with the thought that it was a more common species of beard lichen, but later examination proved otherwise.

The specimen was sent to the New York Botanical Garden and was confirmed by Dr. James C. Lendemer using thin layer chromatography. 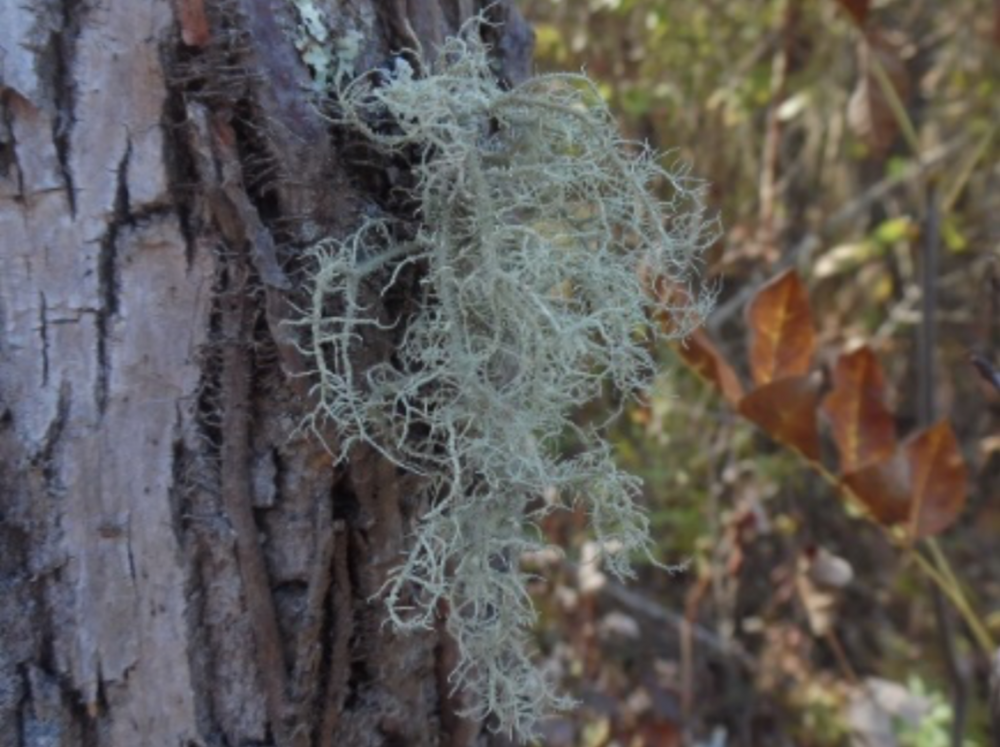