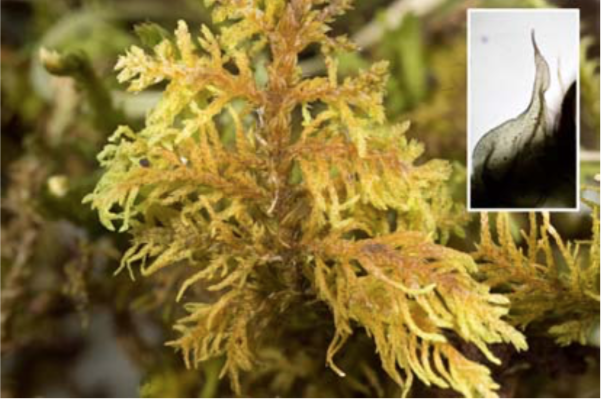 Thuidium delicatulum var. radicans differs from the typical variety by having stem leaves that end in a long tapered point of 1-seriate cells. In addition, the perichaetial leaf margins are usually not ciliate.

It is typically a calciphile, growing on soil, humus, or log, usually in wet places. It is widespread in the eastern United States, with the closest location in the neighboring state of Michigan (Flora of North America, Volume 28). It is widespread throughout northern North America, ranging from Alaska to Nova Scotia, south to Virginia, and west to Iowa. There is an outlier record from New Mexico.

It is always rewarding to find new county records on the OMLA forays, but it is even more exciting to discover a species new to Ohio.