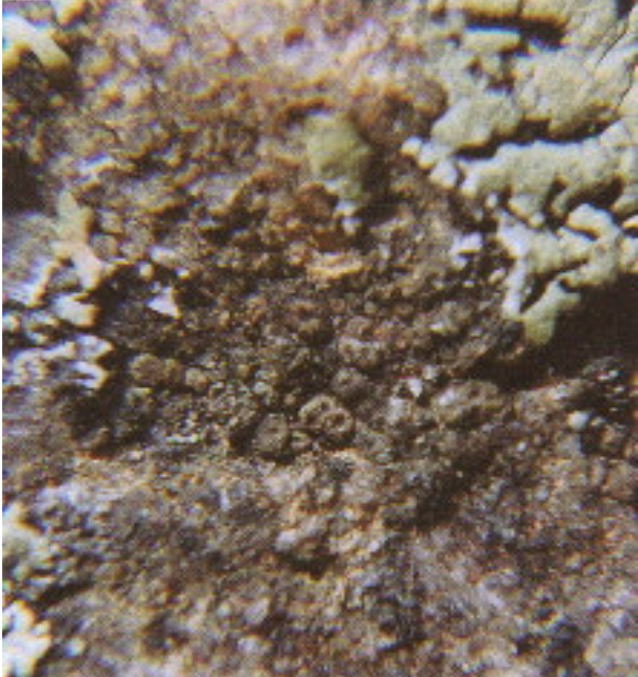 Acarospora obpallens is a small, easily overlooked, squamulose lichen found on sandstone and granite. A common sourhwestern species, it is rare in the eastern US, previously reported from Louisiana and North Carolina. I discovered this species in the Shenandoah National Park in Virginia during recent collecting there. This species is recognized by its small, rounded areoles (rarely reaching 1 mm in diameter), sunken apothecia, tiny pits around the rim of the apothecia, and a KC+ thallus.

While returning home from the 2006 OMLA Fall Foray, I stopped at a small roadside cemetery along State Route 550 in Washington County. I collected Acarospora obpallens from deteriorating sandstone at the base of one of the old tombstones. The specimen was examined and identification confirmed by Kerry Knudsen, University of California – Riverside. This represents the first record for this species in Ohio.