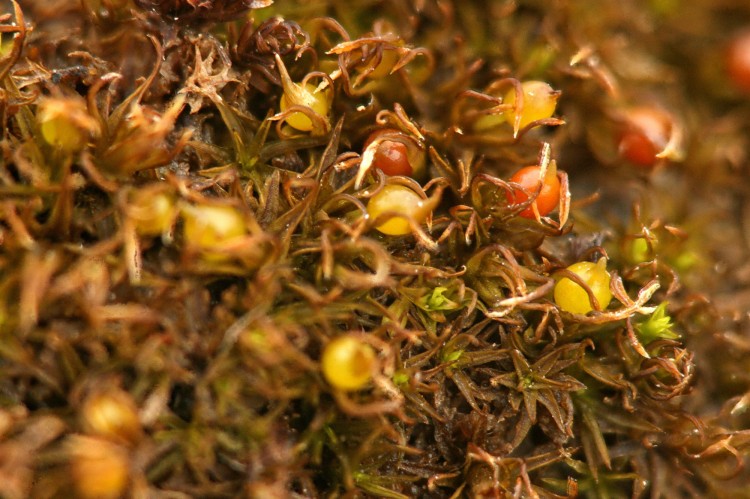 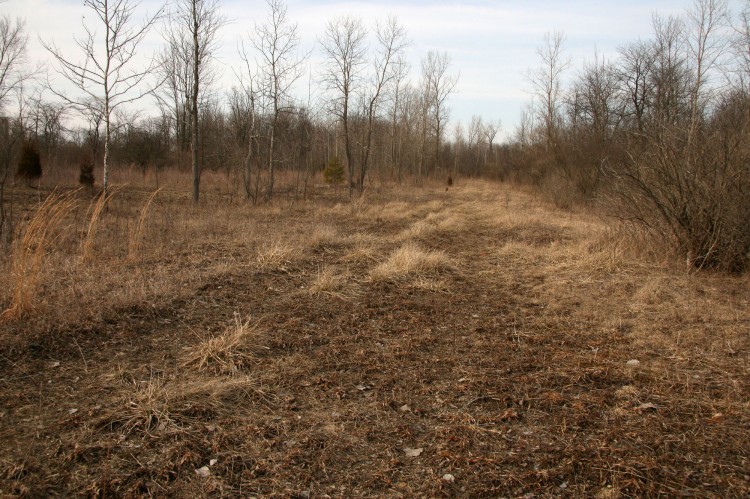 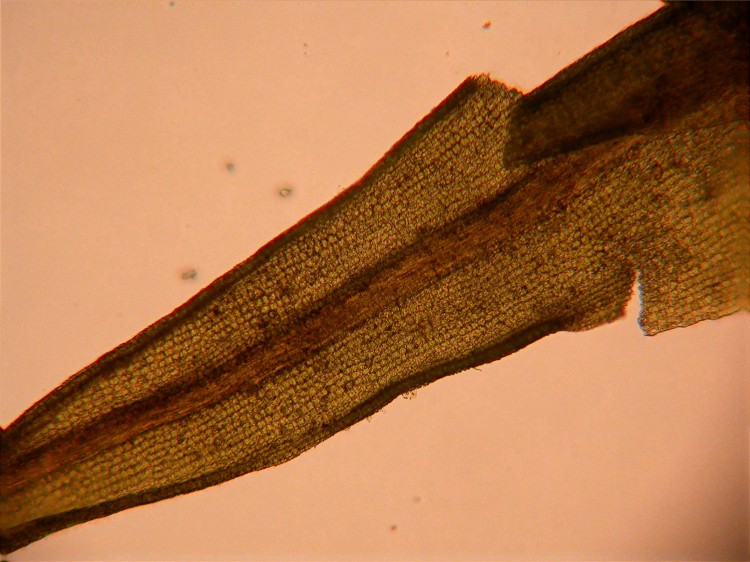 How to recognize mouthless moss: The genus Weissia includes acrocarps (cushion mosses) with narrow densely pluripapillose leaves on both surfaces that are curled upwards (involute) at the margins. The species W. muhlenbergiana is distinctive in that the sporophytes are round with a short-rostrate apiculus, and sessile (very short stalked, <0.5 mm), with the capsule (sporangium) immersed in the upper leaves of the plant. The capsule is cleistocarpous (no capsule lid to fall off when spores are ready to be released) in this species and releases its spores by splitting open. There is also no peristome as part of the capsule. The costa extends past the tip of the leaf in a 6-10 celled mucro (point). It was formerly named Astomum muhlenbergianum.

Where to find mouthless moss: Weissia muhlenbergii occurs on the ground in open disturbed areas. It has been observed in a small number of Ohio counties, but it may be more common as it is easily overlooked unless it is “fruiting.” 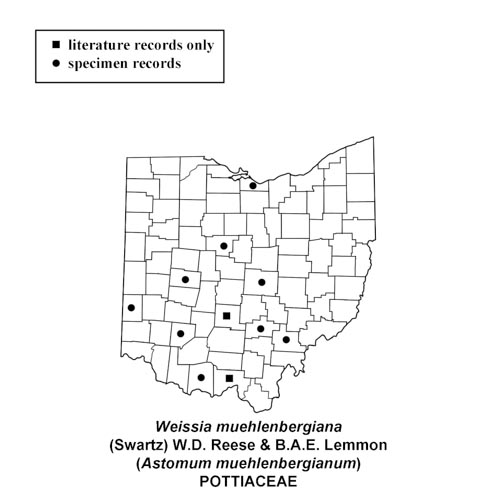