I have a liverwort question. There’s this little thing I cannot tell between Jungermannia or Jamesoniella or Solenostoma. It was abundant at Conkle’s Hollow, on the edge of the woods where the sandstone cliffs take over, with Hypnum imponens and Polytrichum juniperinum. The plants form a dense tufa (is that the right word?) and they are distinctly red/purple to my (somewhat colorblind) eyes. I didn’t see any perianths of gemmae. No underleaves. Any ideas? Thanks. 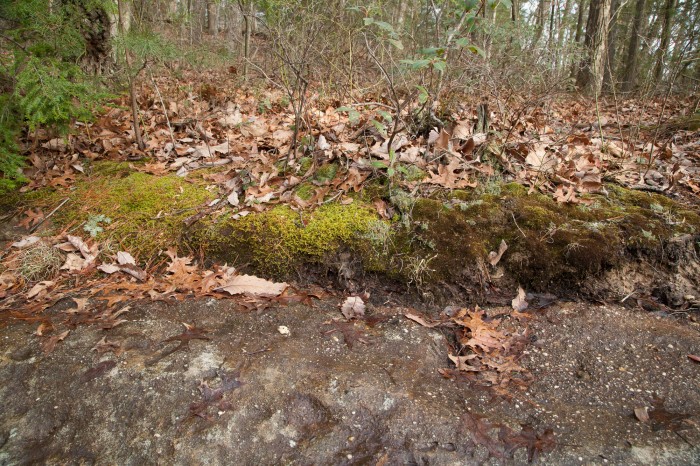 The liverwort is the dark portion on the right hand side. 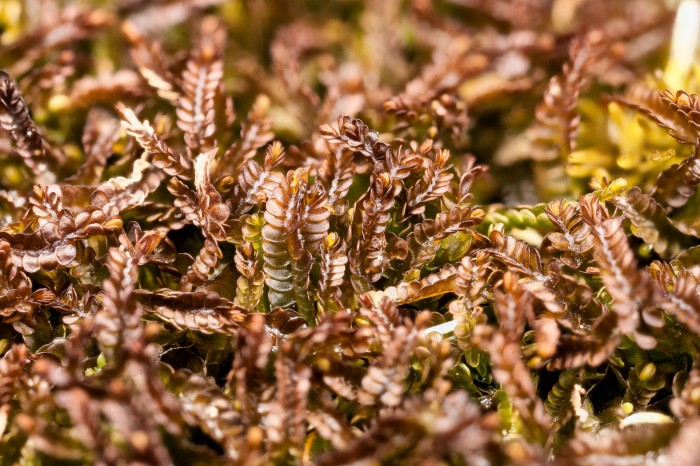 This and the next photo are at 2X magnification. 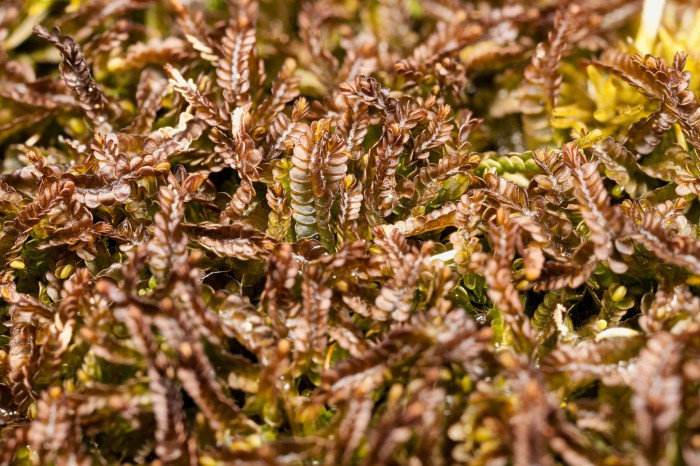 This and the previous photo are at 2X magnification. 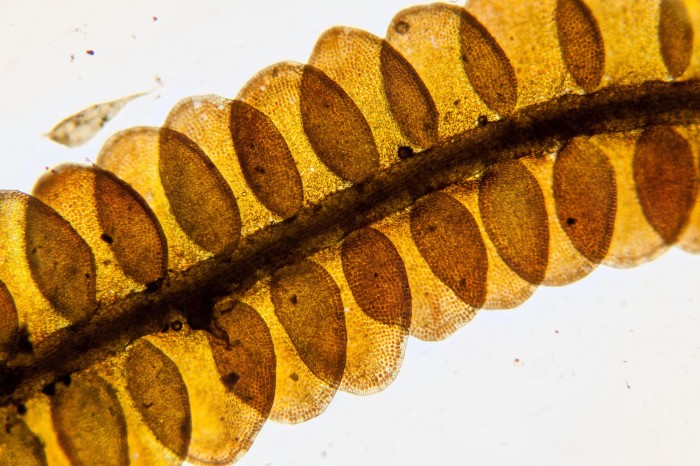 This is the lower surface. I see know underleaves. 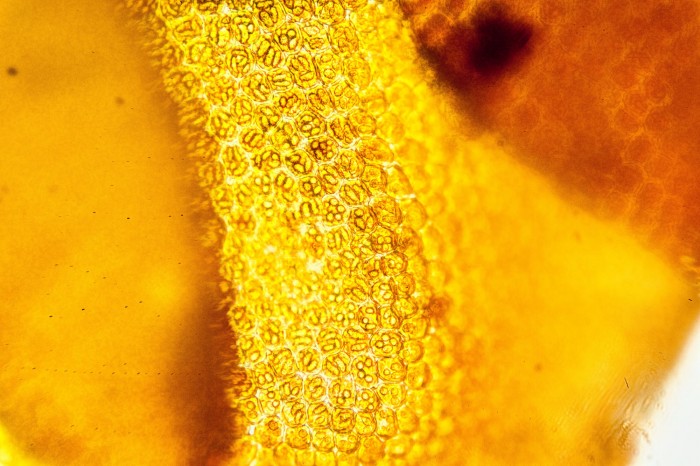