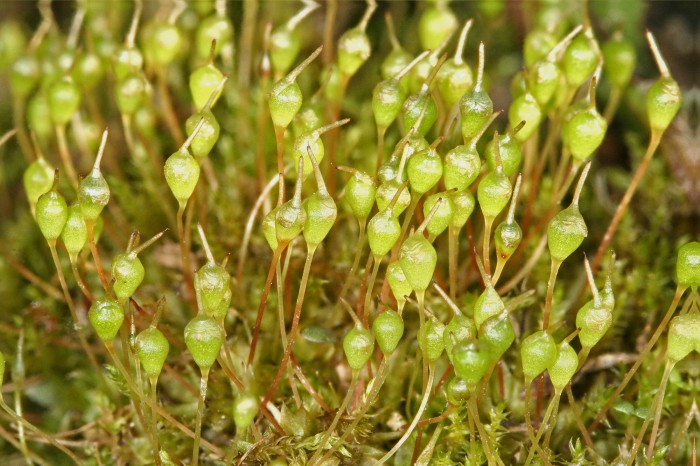 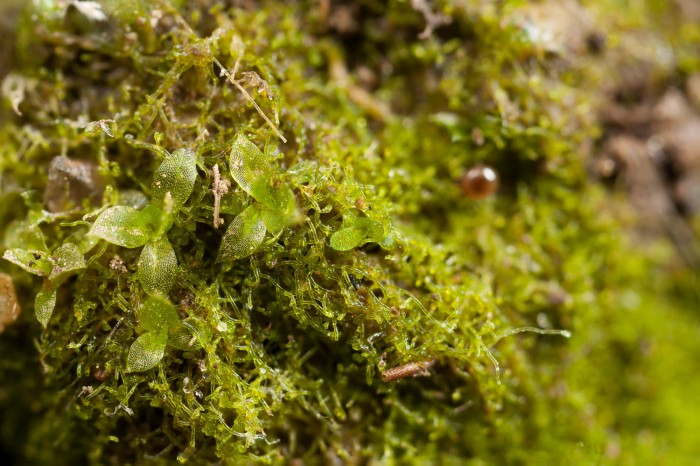 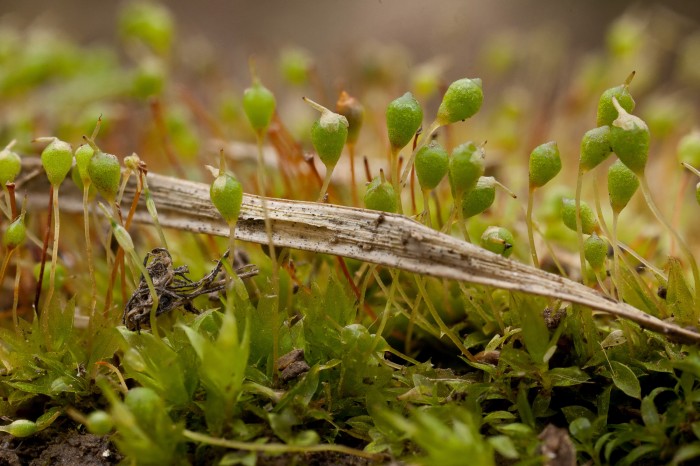 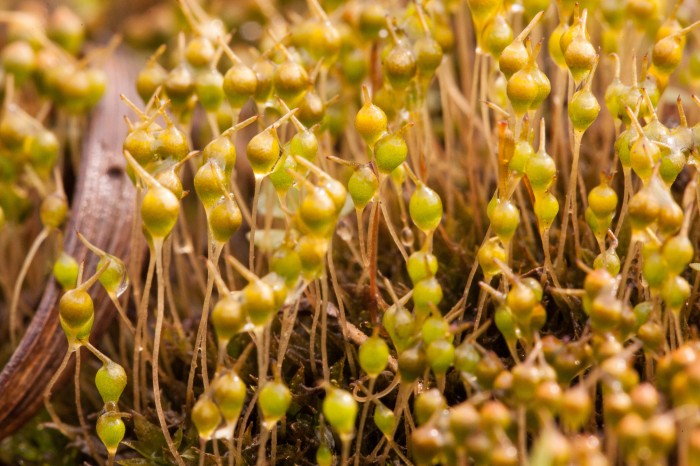 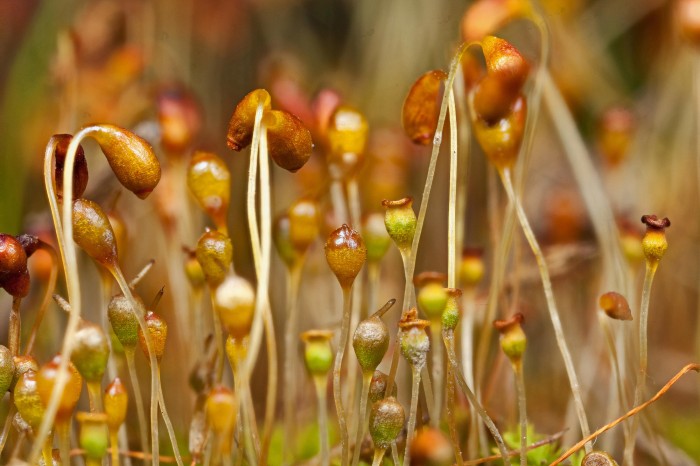 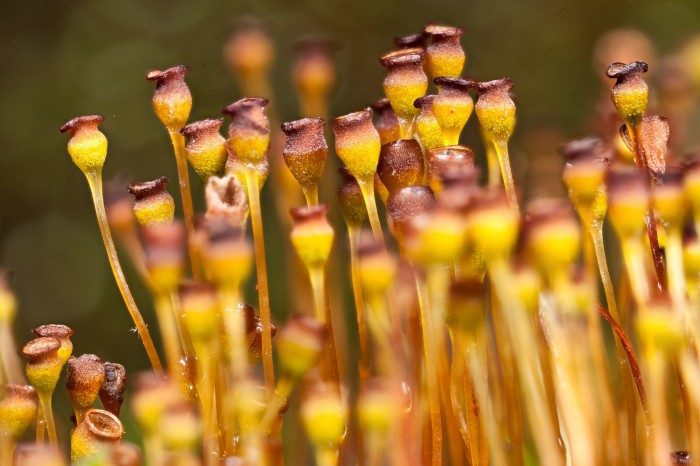 How to recognize Physcomitrium pyriforme:  This plant grows as scattered plants or loose tufts in places where other “pygmy” mosses grow, but it is relatively large moss with 2-3 mm leaves with smooth edges and large leaf cells and a single midvein that extends almost to the sharp leaf tip; these features are easily visible with a 10x handlens. The leaves contort when dry. It is usually found with capsules erect on a 5-15 mm stem. The capsules look like bottom up pears, or rounded urns; the name pyriforme means pear-shaped. The lid on the capsule has a short beak, while the capsule cover or calyptra has a much longer beak.

Where to find Physcomitrium pyriforme:  Look for this moss on wet bare disturbed soil next to farmer’s fields and gardens. The capsules mature in the spring. 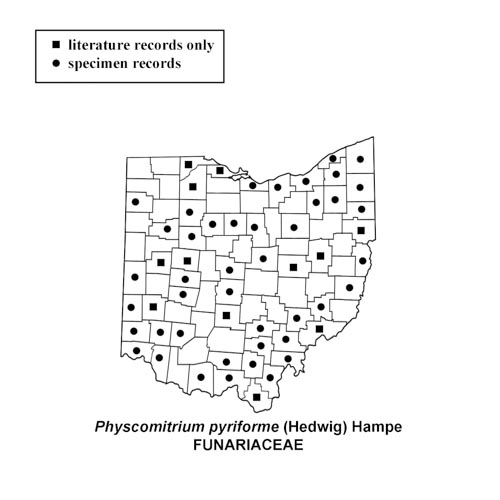