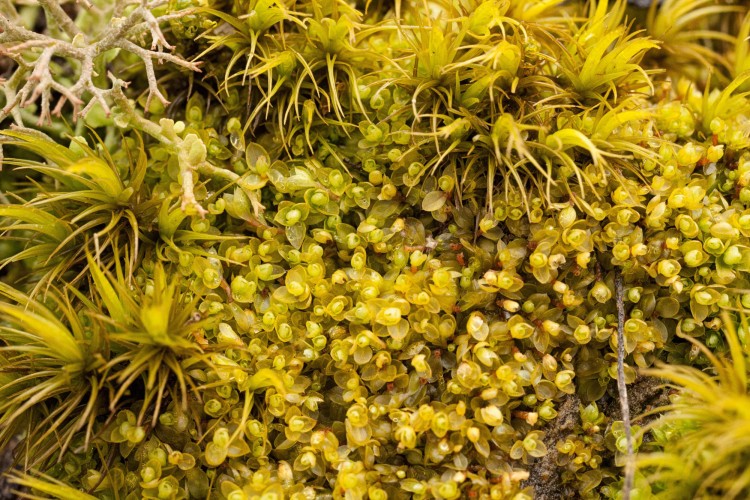 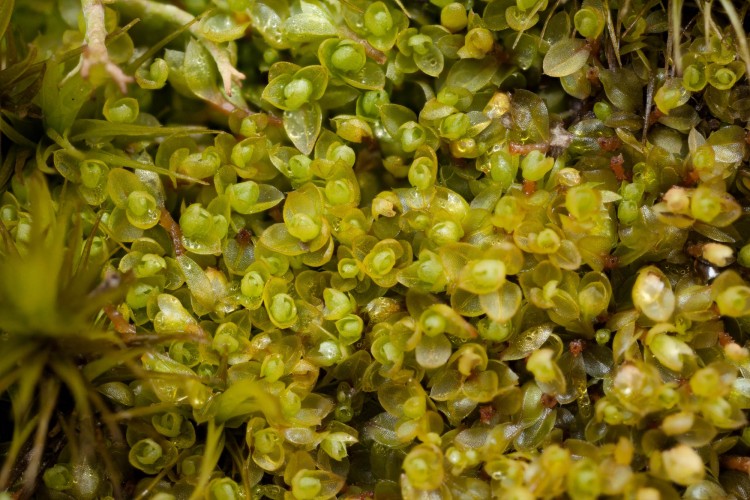 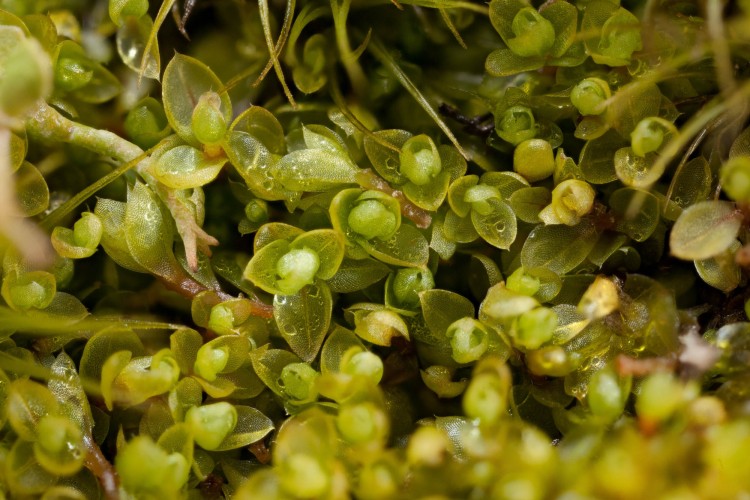 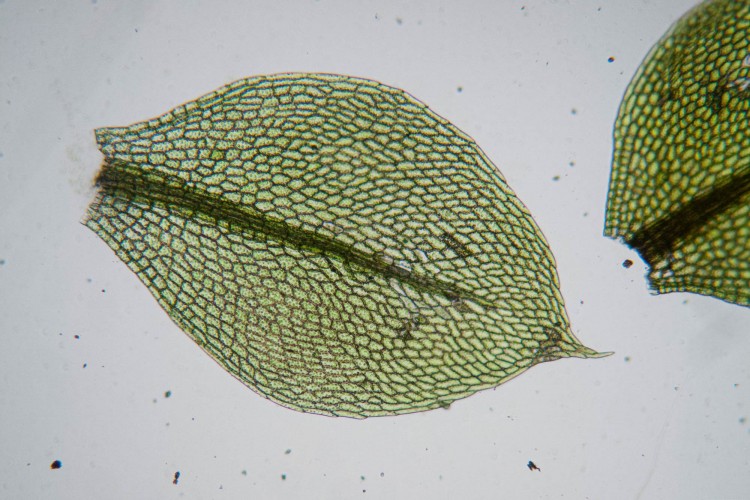 How to recognize Bryum flaccidum: This moss grows with its leaves arranged in a rosulate  pattern making it look like a mass of little green flowers when it is wet. These little vertical growing mosses sometimes have what looks like a branch which is referred to as an innovation. The leaves are small, less than 2 mm and have a central costa and a border of elongate cells. They are often found with  brown filiform gemmae in the leaf axils of the upper leaves, and with brown multicelled tubers about 100-200 microns on the rhizoids. When dry the leaves are twisted.  (This species is separated into two by John Spence in the recently published volume 27 of the Flora of North America, but European and Russian sources combine these not into Bryum flaccidum but into Bryum laevifilum or Bryum moravicum. Spence and the Europeans all separate out Bryum capillare separately as a species that has no filiform gemmae and somewhat larger rhizoidal tubers of 200-300 microns; this species also when dry has the leaves wrapped around the stem in a characteristic spiral. Bruce Allen, in his recent treatment of Maine mosses refers to Bryum capillare as also including Bryum flaccidum.)

Where to find Bryum flaccidum:  Look for this moss on rock, soil, or humus; it is often found on fallen logs in forests. 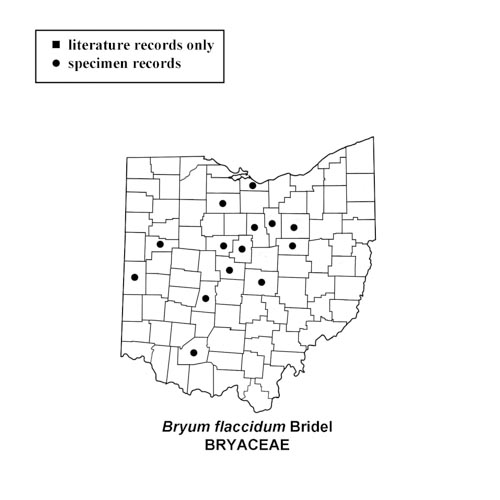