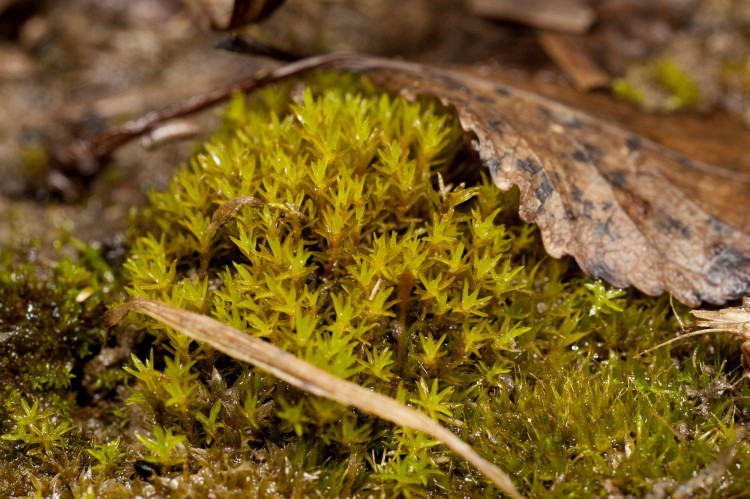 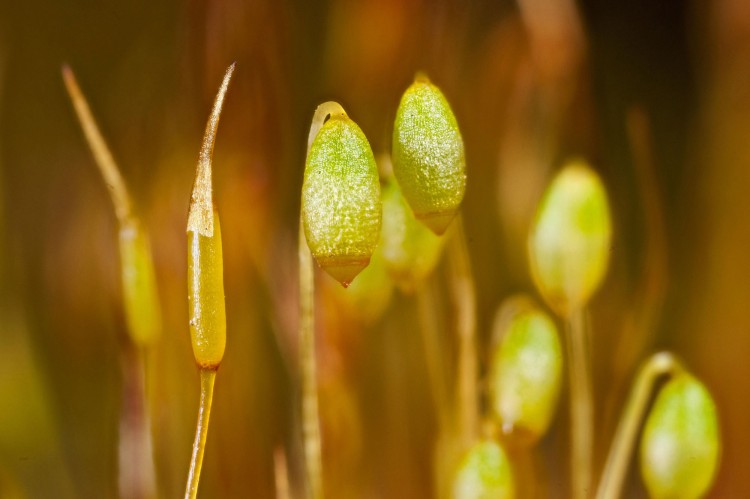 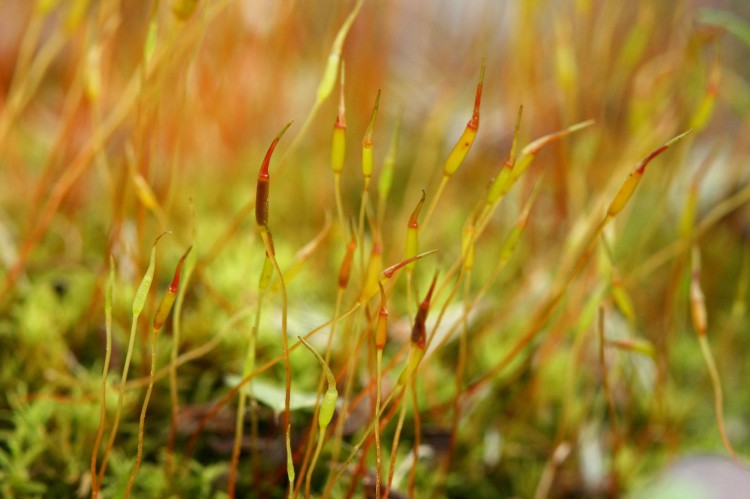 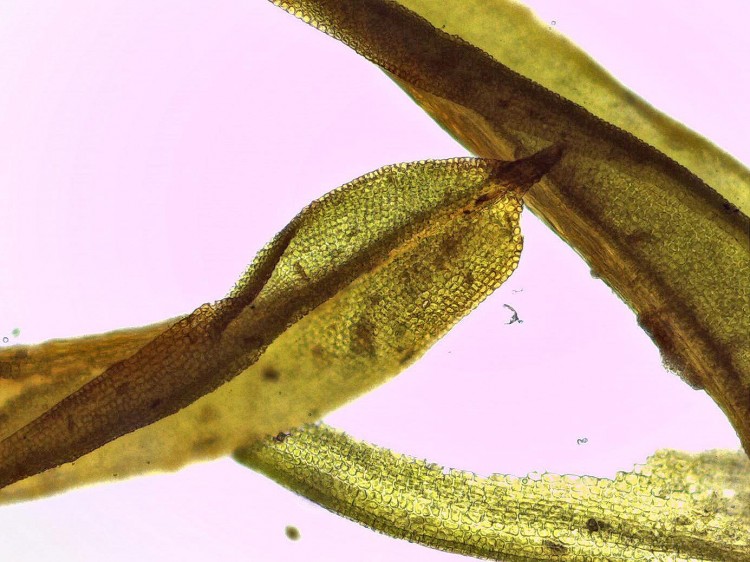 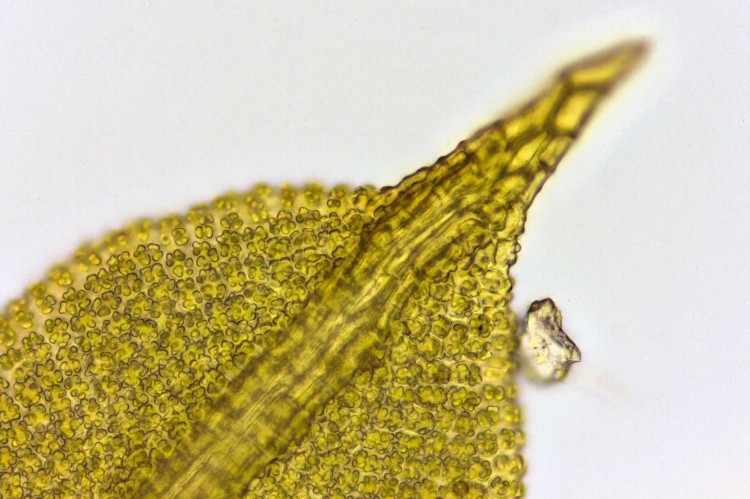 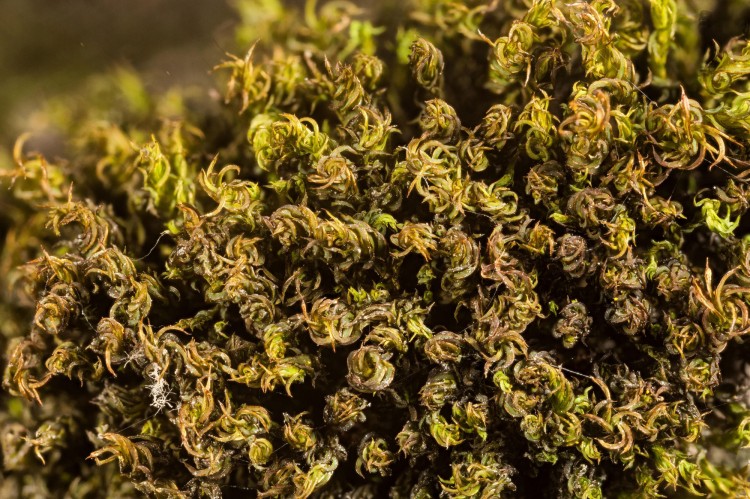 How to recognize Barbula unguiculata:  This is a small acrocarp that grows with spreading oblong lanceolate leaves when moist, and incurved contorted when dry. The leaves are 1-2 mm long with an apiculate tip that can be seen with a handlens, and recurved margins. If it happens to have capsules, the peristome at the top of the capsule has long twisted hairlike red teeth. Under the microscope the densely pleuripapillose cells on the upper part of the leaf are obvious. A cross section of the leaf shows the single costa, which extends into the leaf tip, has two stereid bands, clusters of thick-walled cells on either side of a row of large thin-walled guide cells.

Where to find Barbula unguiculata:  This weedy moss grows on bare soil of roadsides, in disturbed places, on boulders, and cliff crevices. 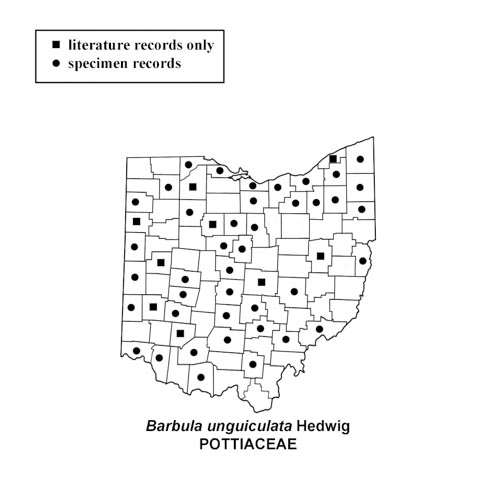