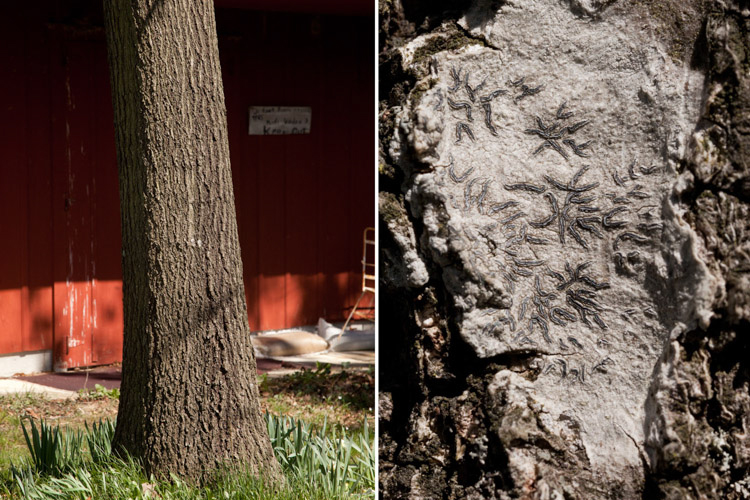 Common script lichen, Graphis scripta,  is described by Brodo et. al in Lichens of North America (2001, Yale University Press) as occurring ”On bark of all types of trees, usually in partial shade. COMMENTS: The script lichen is named for its slender, elongate fruiting bodies, which resemble scribbles on the bark, especially in the form having lirellae that branch and curve.”