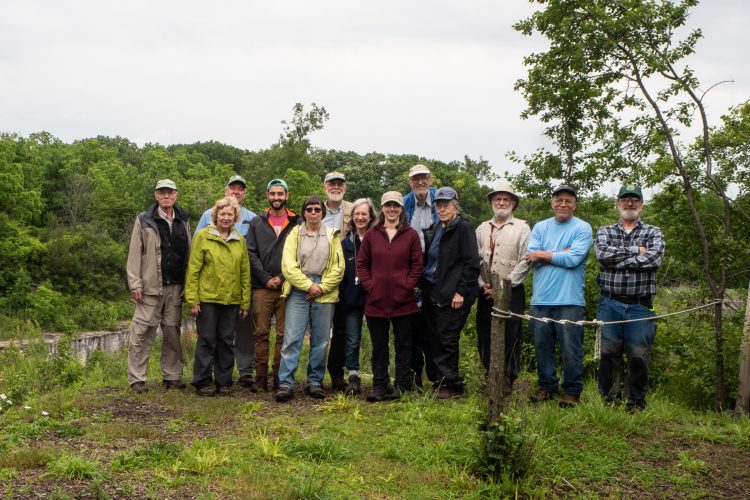 We held our Summer Foray on June 15. It was a relatively cool, overcast day with temperature in the 60s and occasional rain showers.

Like the rest of northwest Ohio, Wood County was entirely covered with ice until the glacier receded from the area about 16,000 years ago. The area was then submerged by various stages of post-glacial lakes. Remnant beach ridges from these lakes formed sandy soils in some places.

There are a few scattered areas of dolostone and limestone rock outcrops in the county.

With mostly flat topography and rich soils of glacial origin, Wood County is primarily agricultural: 89% of its land is classified as prime farmland, defined by the U.S. Department of Agriculture as “land that has the best combination of physical and chemical characteristics for producing food, feed, forage, fiber, and oilseed crops and is available for these uses.” ites, both part of the Wood County Park District. We are very grateful to the district for allowing us to collect there. Sawyer Quarry Nature Preserve, near Perrysburg, is a 57-acre site with an abandoned dry quarry and adjacent woodlands with numerous dolostone rock outcrops and loamy soil. We collected there in the morning and had lunch there.

In the afternoon, we went to Rudolph Savanna, south of Bowling Green. This is an 87-acre oak savanna with sandy soil.

During the Foray we found 42 moss species with 18 new records for Wood County.

Liverworts were sparse with only 2 species collected. 29 species of lichens were recorded during the foray and of these, 8 were new county records.