The 2018 Summer Foray was held on June 9 at two locations in Wayne County in north-central Ohio. Wayne County is within the glaciated region of the state with primarily Mississippian shale and sandstone bedrock. 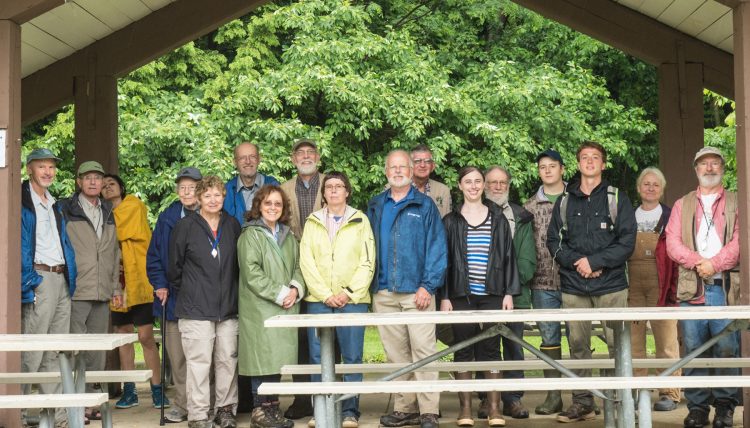 Located in Shreve, Millbrook Fen is a rare fen of the fast-disappearing graminoid type that is characterized by grassy vegetation. It is part of 15 acres of land owned by the Western Reserve Land Conservancy. This land is notable as a Rare Ohio Biological Community, with a range of habitats including the fen as well as marshland, wetlands, a wet sedge meadow, woodland, stream channels, and the old Kister Mill built in 1816. 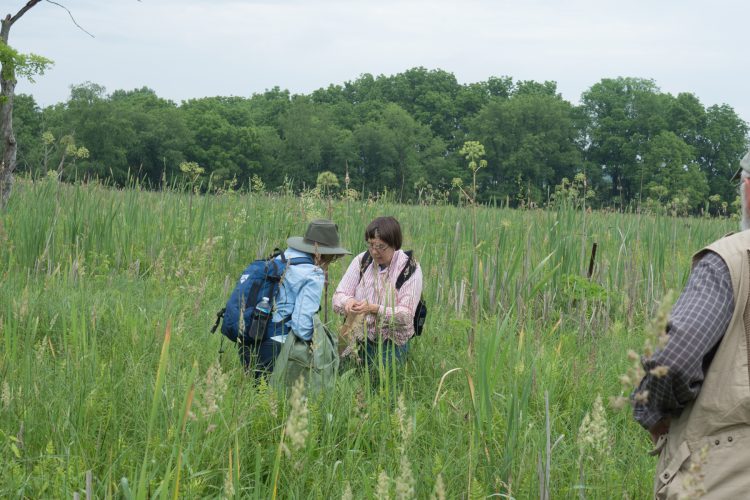 Janet and Kathy examine a moss in the fen. 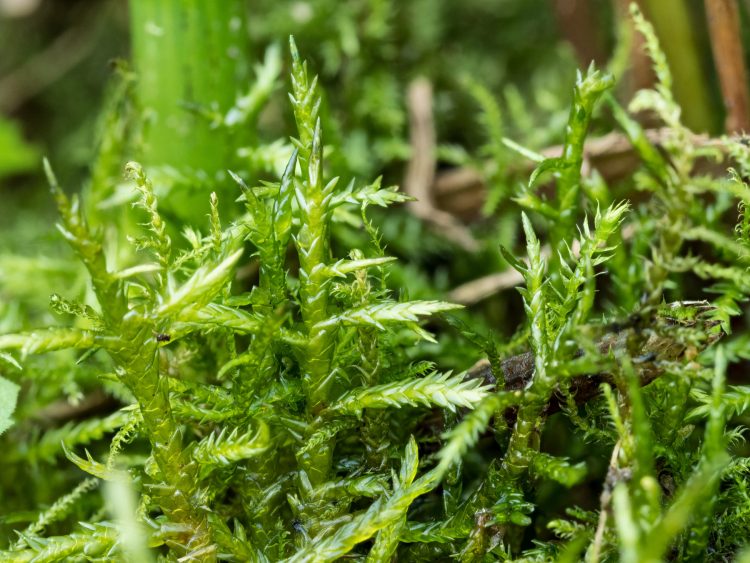 Located in Wooster, Wooster Memorial Park is a 422-acre woodland park with hemlock groves and Rathburn Run Creek that cuts through sandstone cliffs. Prior to the foray, a total of 133 bryophytes (68 mosses and 65 lichens) were reported in Wayne County. Updated records will now include 7 new lichens and 14 new mosses collected in the county (designated by N in the tables below). One lichen, Melanelixia glabratula, is a new state record. 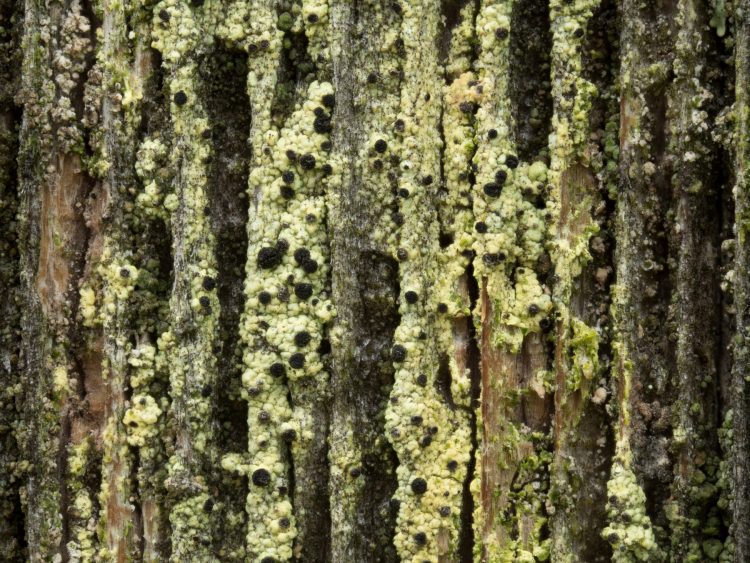 Calicium tigillare, formerly Cyphelium tigillare, is a stubble lichen that isn’t like stubble.
The apothecia are sessile, not elevated on stalks. This was seen on an old wooden fence. 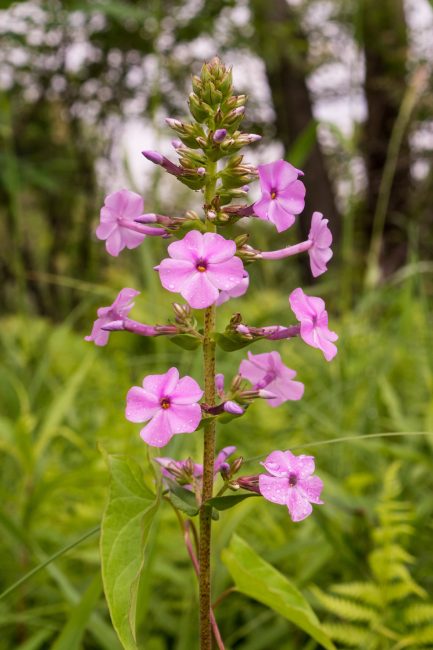 Spotted phlox is a showy wildflower of the fen.

Lichens and related fungi recorded during the foray included: 28 macrolichens, 34 crustose lichens, 3 allied fungi and 1 lichenicolous fungus.  Of the macrolichens, 6 were new for Wayne County and 1 was reported for the first time in Ohio.  Melanelixia glabratula, new for Ohio, was collected by Tomás Curtis at Kister Mill.

List of species noted on this foray are in the 2018 OBELISK newsletter.