Saturday, October 3, was the perfect rainy, cool day for a fall outing. We met in the morning at Possum Creek MetroPark, which is not far south from the urban center of Dayton and is part of the Five Rivers MetroParks of Montgomery County.

The 550-acre park has an interesting land-use history that includes a farm from the early 1800s, the former Chi Chi nightclub (now Sycamore Lodge) and the Argonne Forest amusement park, a private venture that operated during the 1930s and featured a midway, swimming areas, racetracks, a dance floor and a natural area still known as the Argonne Forest. Despite its suburban surroundings and development history, Possum Creek MetroPark has nice remnant forests, stream floodplains and a cedar glade that provide interesting and really enjoyable places to search for bryophytes and lichens.

After lunch we traveled further south to spend the afternoon collecting at Germantown MetroPark, a 1655-acre area with a great variety of habitats including forests, hillside prairies, cedar glades and ponds, as well as Twin Creek and its floodplain. Late in the afternoon we headed for the nearby Best Western Dayton South hotel. We spent the evening in their conference room identifying specimens until we couldn’t keep our eyes open any longer.

Sunday morning we ventured to northern Montgomery County to collect at Englewood MetroPark, which was noteworthy for a variety of reasons, including the warm, sunny fall weather that is particularly enjoyable right after a wet and chilly Saturday in the field. Englewood remarkably has rock outcrops, which are otherwise hard to find in a county generally covered by glacial till, ridge moraines and outwash left by the Wisconsinan glaciers some 16,000 years ago. The park has varied and interesting habitats, including several waterfalls and a pumpkin ash–swamp forest area.

The preliminary results show a total of 56 moss species, 50 of which are new records for Montgomery County. We also recorded 6 liverwort species.

Among the very interesting mosses found is Barbula indica (Hook.) Spreng., collected by Becky Smucker. It is listed as endangered in Ohio, with only 2 other county records. Becky also collected Zygodon viridissimus (Dicks.) Brid., which is otherwise known from only 1 other Ohio county (Jackson) based on a literature report. Anomodon viticulosus (Hedwig) Hooker & Taylor, collected by Barb Andreas, was previously known from only 2 other counties in Ohio. This species is also listed as endangered in Ohio. Cryphaea glomerata, collected by Bob Klips and Cynthia Dassler, is reported from only 4 other Ohio counties. 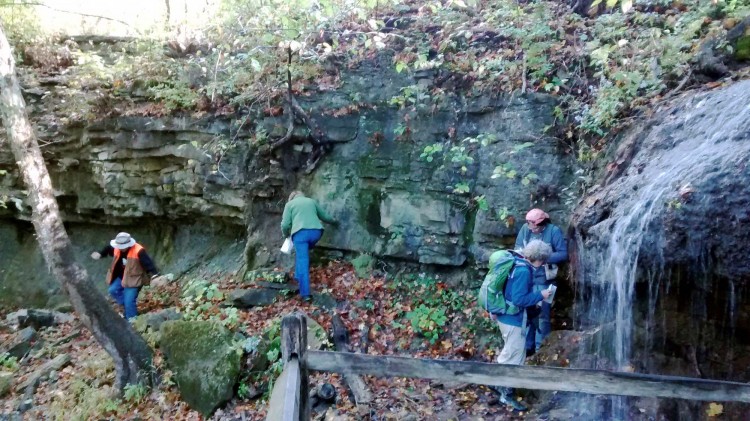 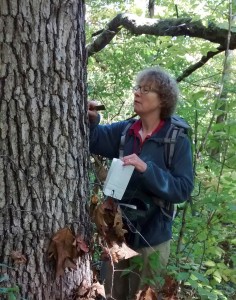 For further information about this most excellent foray, look in Volume 12 (2015) of the Association’s newsletter, OBELISK.