Organized by Bill and Carole Schumacher, the 2012 Fall Foray was held in Monroe Count during the weekend of October 6 and 7. Bordering the Ohio River in southeastern Ohio, Monroe is mostly wooded, with rolling topography and some exposed bedrock formed during the Carboniferous and Permian Periods. We visited three sites during this foray. Saturday morning was spent at a portion of the Wayne National Forest known as Lamping Homestead, situated along State Route 537, between Graysville and Marr. The site is well forested with both deciduous trees and a conifer plantation, along with a 2-acre pond. 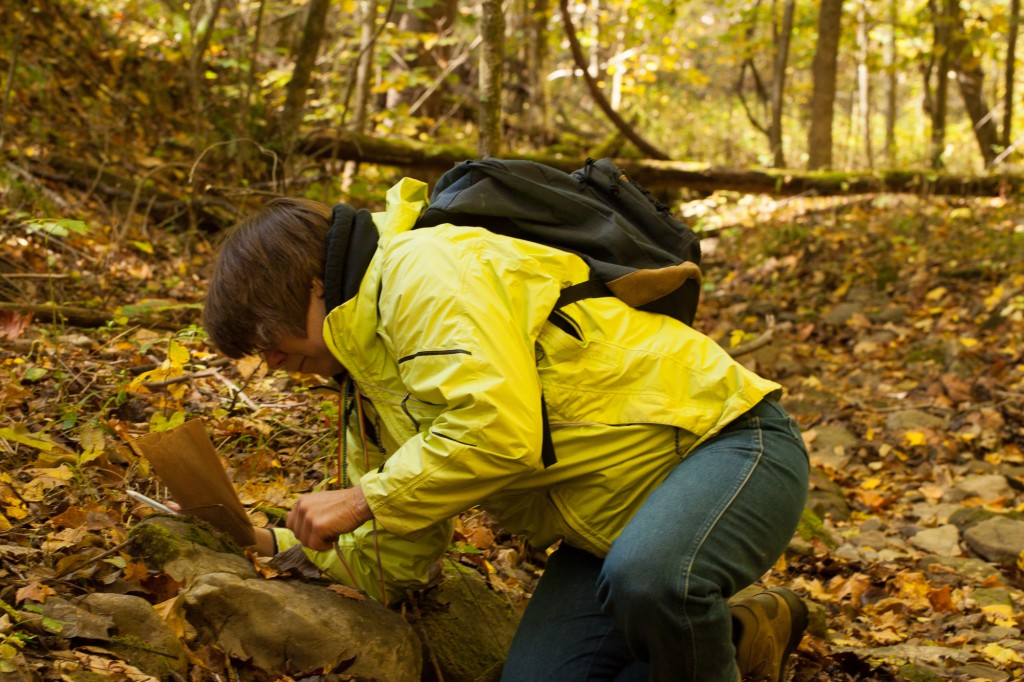 Even though OMLA forays are focused on bryophytes and lichens, it’s hard not to get a distracted when the twigs are waving at you! 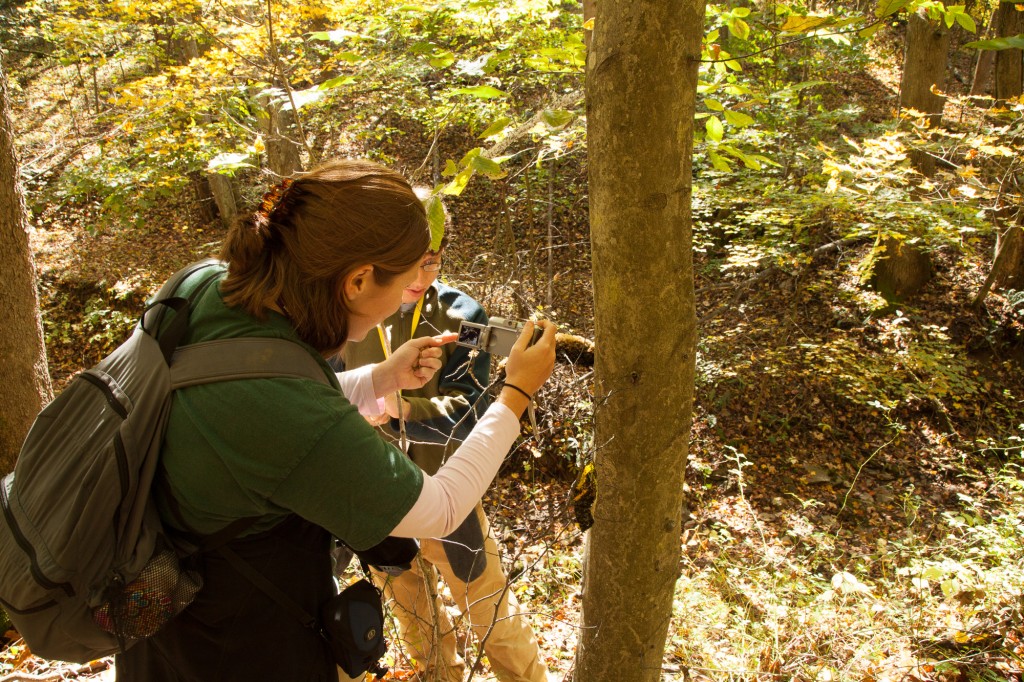 Jessie and Ryan admire aphids on a beech twig.

The beech wooly aphid has an interesting fungal associate that we saw growing directly beneath the aphid colony. Behold Scorias spongiosa, a sooty mold (a type of ascomycete) that exclusively feeds on  the sweet “honeydew” droppings of this aphid species. 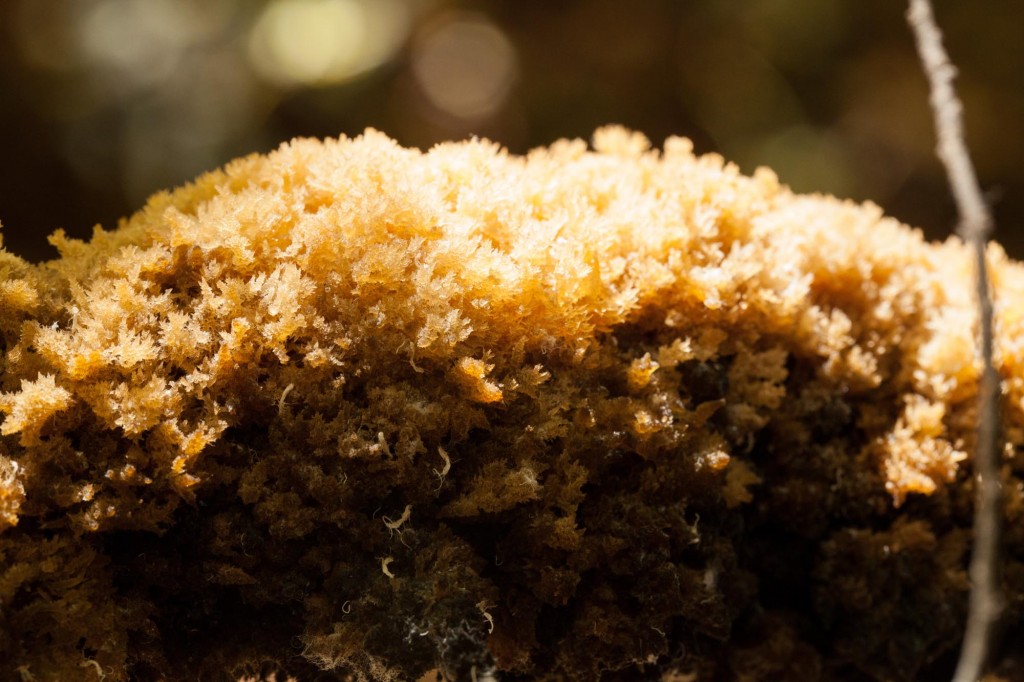 But we didn’t digress too long. We observed this lichen, a fruticose species with pointed podetia that are sorediate, and are also bare (ecorticate) at their bases). 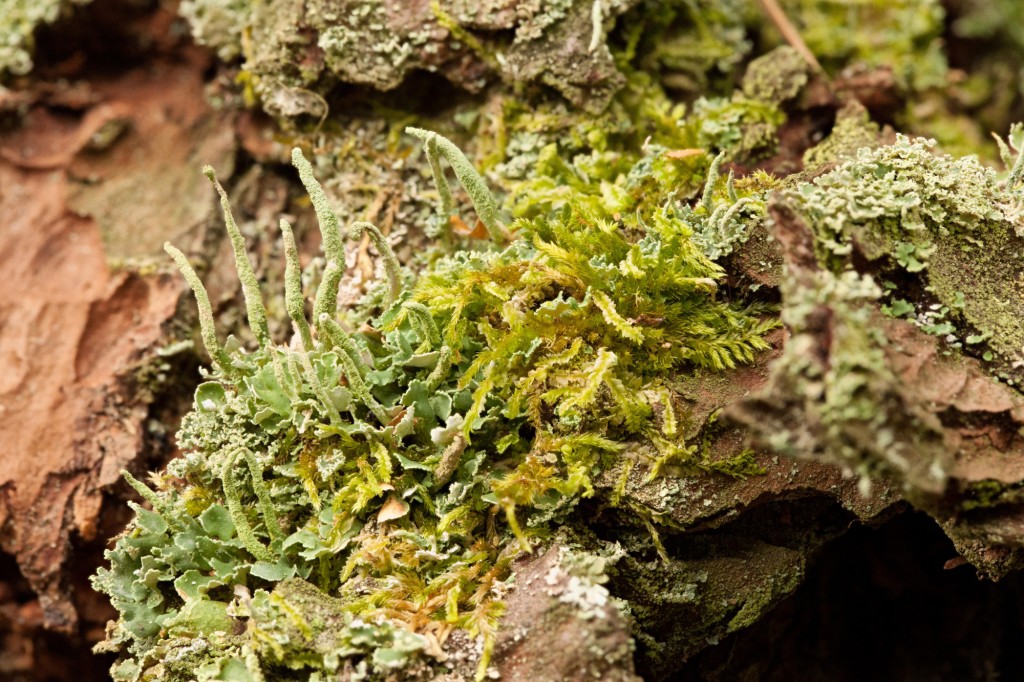 Fruticose lichen at the base of a tree.

We lunched at Piatt Park. 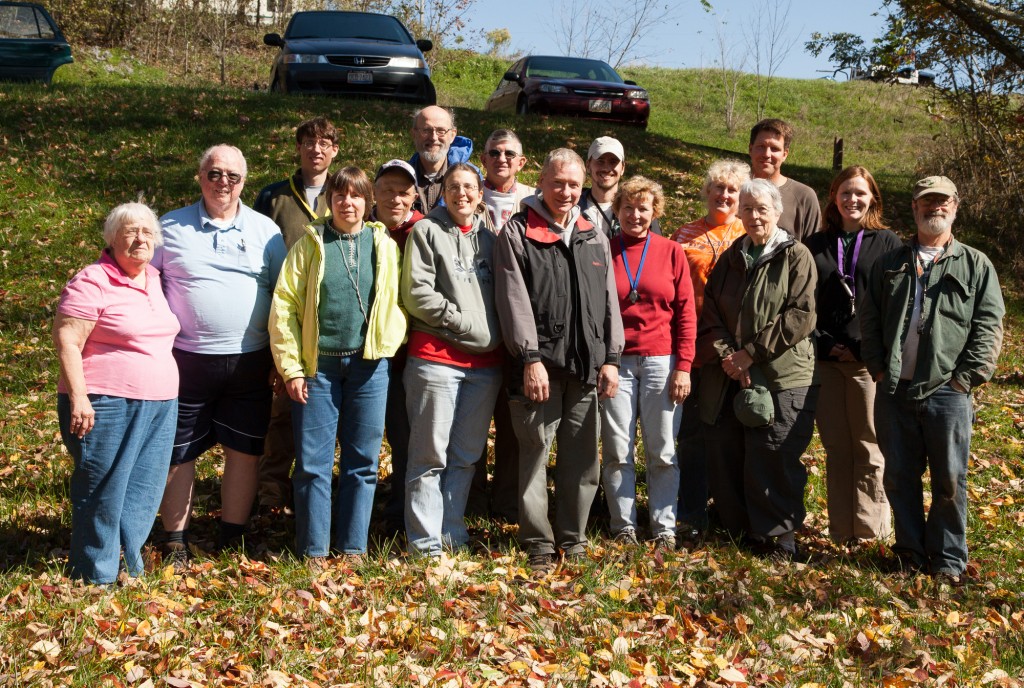 Piatt Park is a 119-acre tract with a picnic shelter house and trails that led to an intriguing gorge area with a stream running through it. 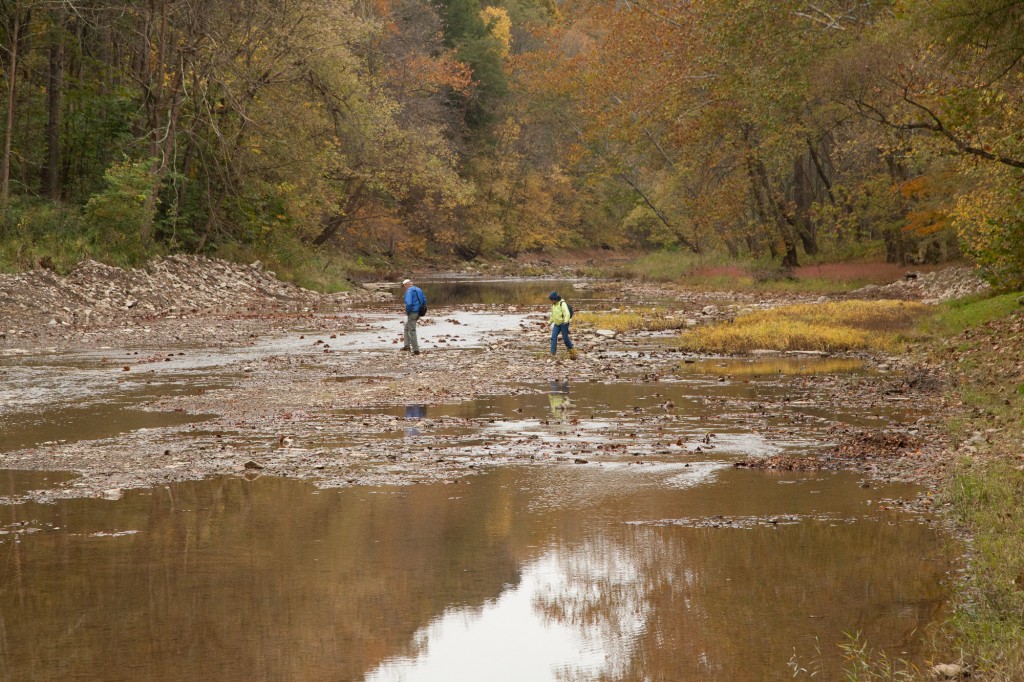 Saturday evening was spent in a hotel in Martinsville, WV. We set up and enjoyed our “scope room,” where we identified as many samples as we could before it got too late. 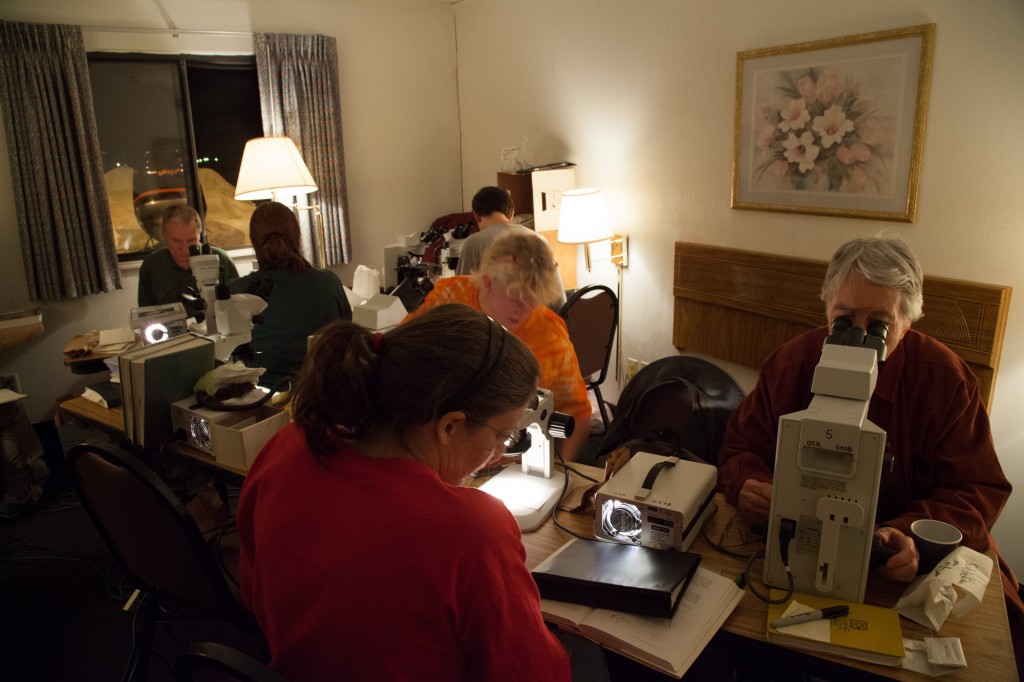 The scope room is a specimen identification lab.

Sunday morning was spent at Rothenbuehler Woods of The Nature Conservancy, and exploring the boulders and trees along the north side of Sunfish Creek.

A large boulder was home to two species of papillose-leaved carpet mosses (pleurocarps) growing admixed, an unusual instance of two species within a single genus growing together. 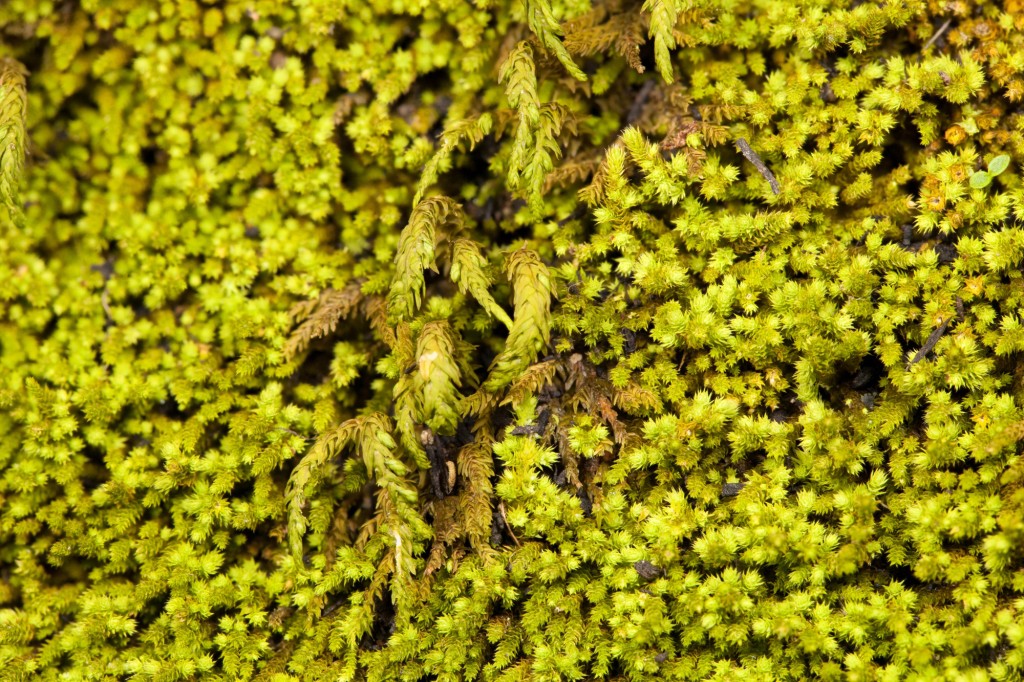 Carpet mosses on a rock.

Species lists and additional details about the OMLA Fall Foray are in the 2012 OBELISK newsletter.