The summer 2009 foray of the Ohio Moss and Lichen Association, organized by Barb Andreas and Ray Showman, was conducted at three separate preserves in Darke County. Like many of the agriculture-dominated counties of extreme western Ohio, few bryophytes and lichen records existed prior to our investigations there. There were only 8 mosses and 11 macrolichens reported from Darke County! The foray was attended by 15 people and one dog, including two participants (three, if you include the dog) who were new to our group. 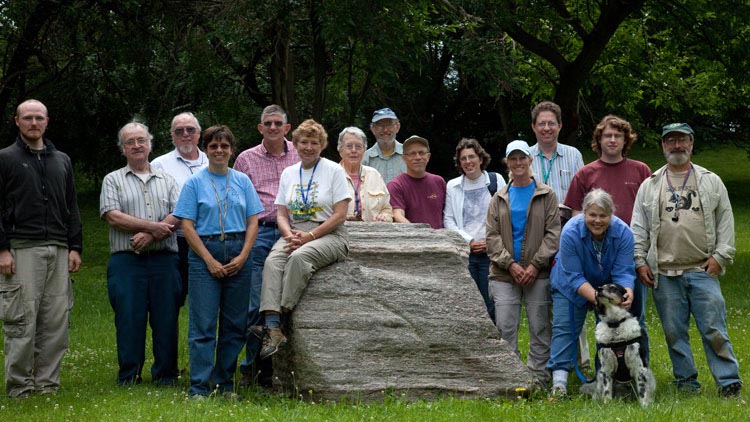 Collecting began at the Routzong Preserve, a county park located at the corner of St. Rt. 571 and Routzong Rd. This is a 55-acre swamp forest with about 1.5 miles of trails. Here’s an aerial view of the preserve. Note how the preserve is a wooded “island” in a an agricultural sea. 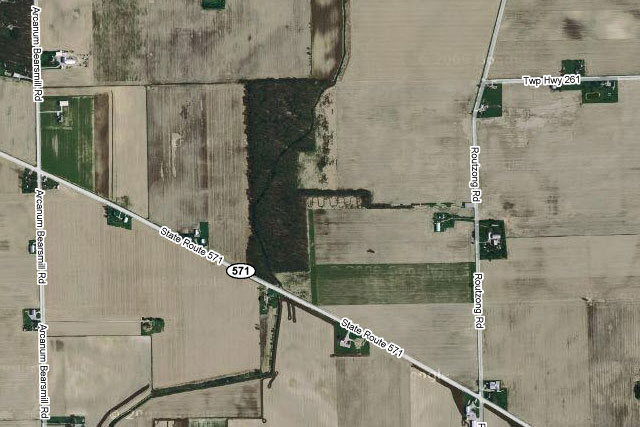 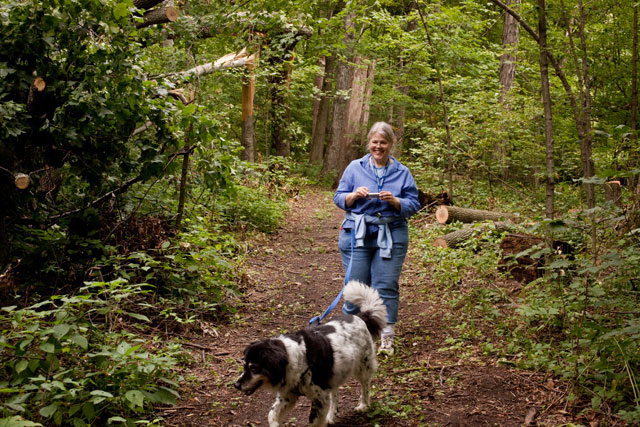 One of the afternoon collecting locations was Bald Knob, an area where The Nature Conservancy holds a conservation easement. 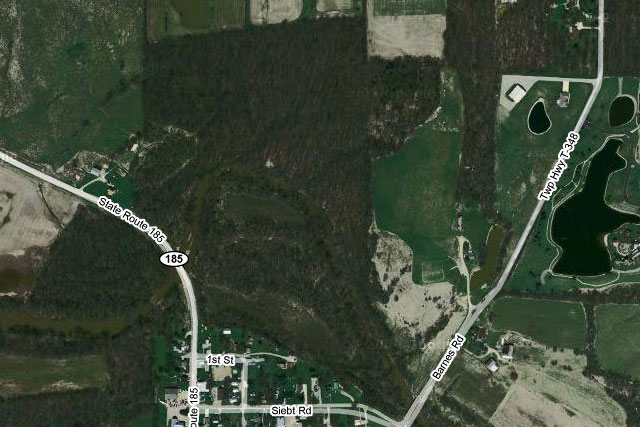 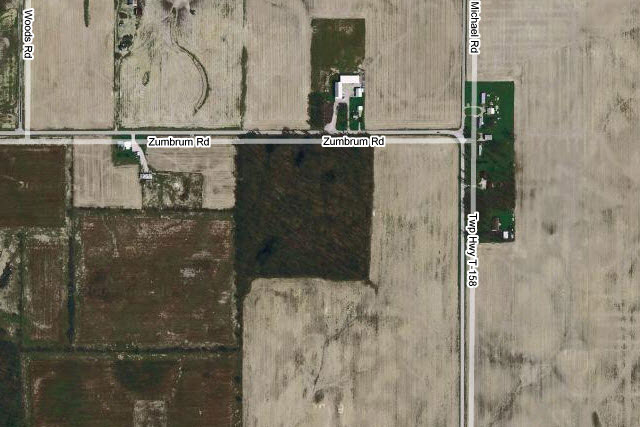 On the foray we found one new state record macrolichen, one state rarity and a number of new county records. Bryophyte records are still being compiled. Details will appear in the 2009 OBELISK in December. 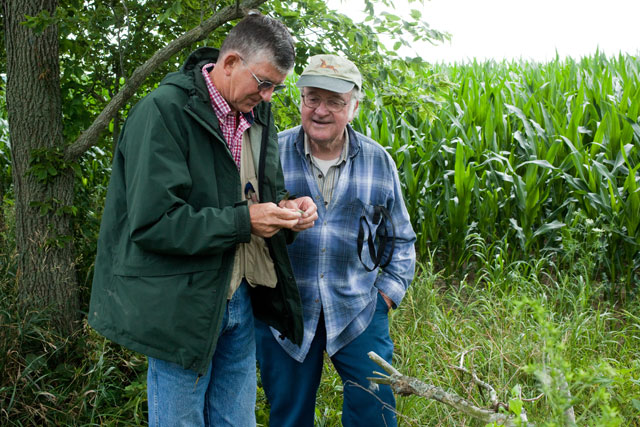 Here are some of the cryptogams encountered on the foray. First, two macrolichens: 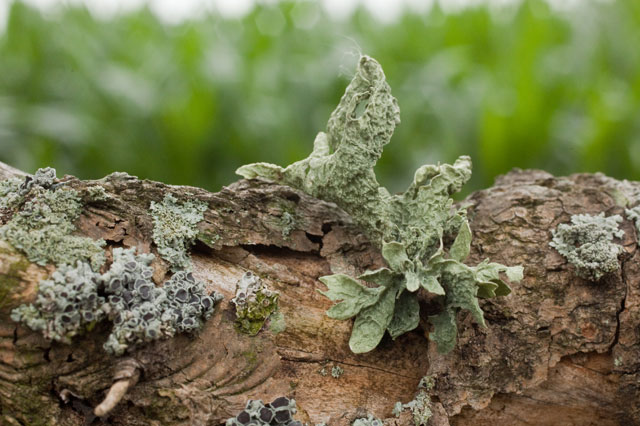 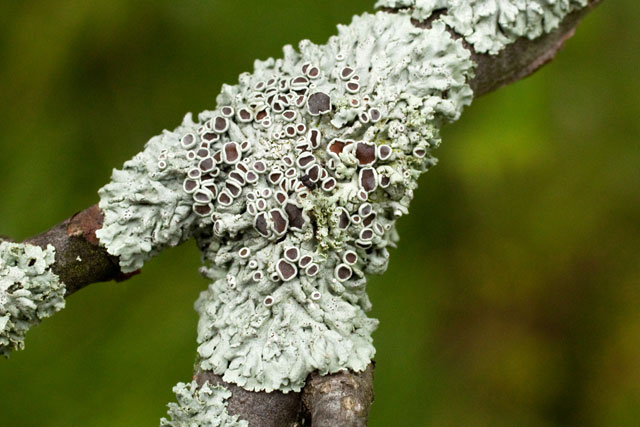 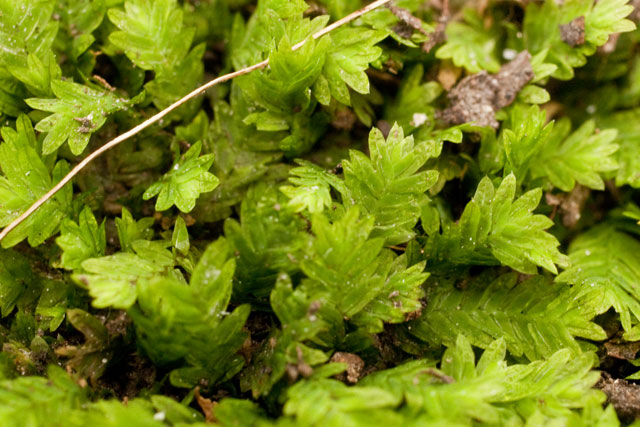 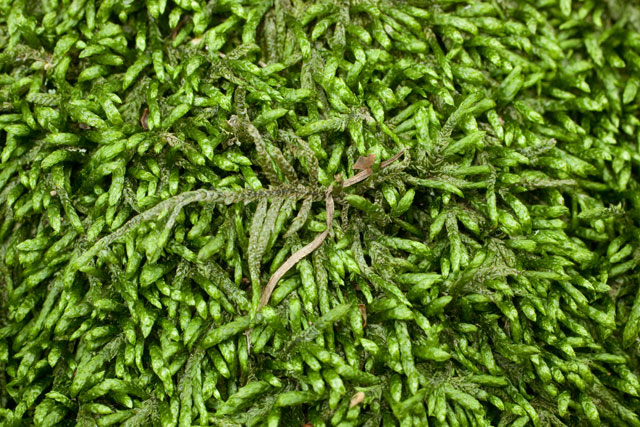 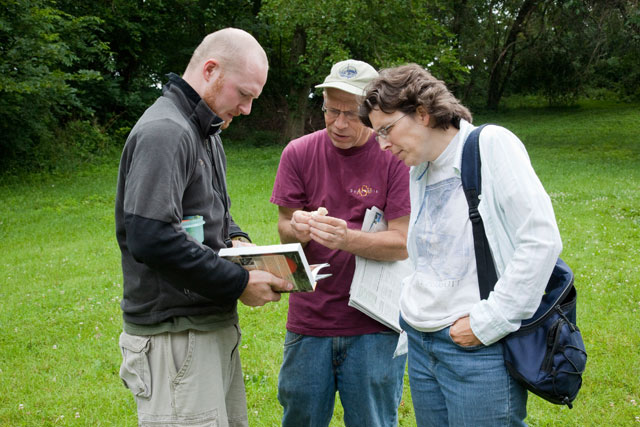 Although OMLA forays focus on cryptogams, it was a pleasure to see a few plants blooming at a time of the year when there aren’t very many wildflowers evident. 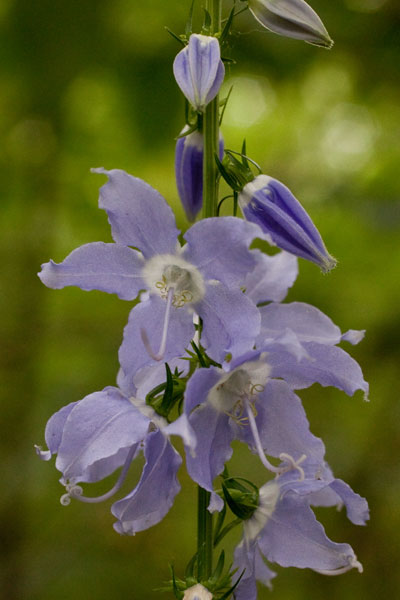 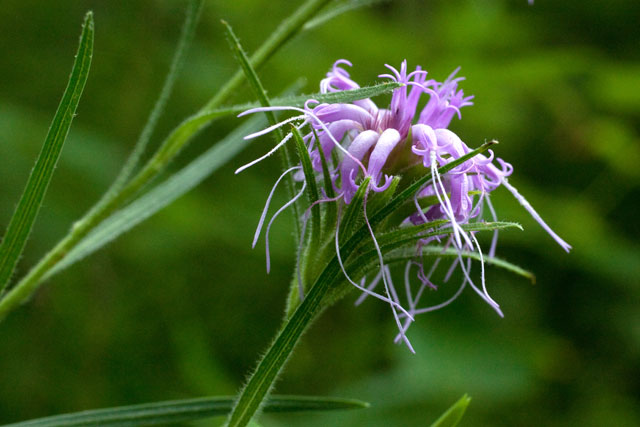 For a full list of all moss and lichen species recorded from this one-day foray, please check out the upcoming issue of the Obelisk. Descriptions of future forays can also be viewed on the OMLA website’s Upcoming Forays page.