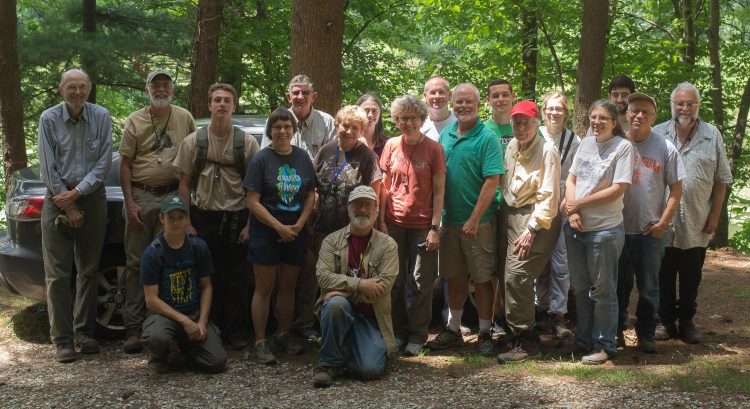 The 2016 summer foray was held in Carroll County, located in eastern Ohio.  Carroll County is within the unglaciated Allegheny Plateau physiographic region, and the bedrock geology underlying the soils are of Pennsylvanian age.  These rocks are primarily acidic sandstones, but coal, siltstones and limestones are intermixed. 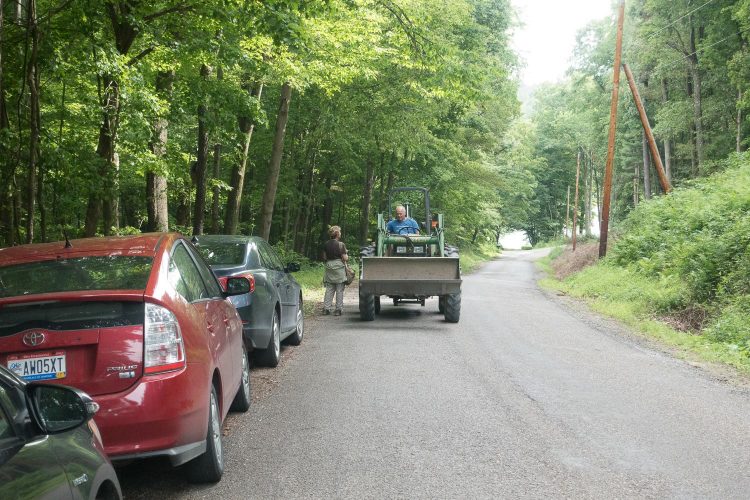 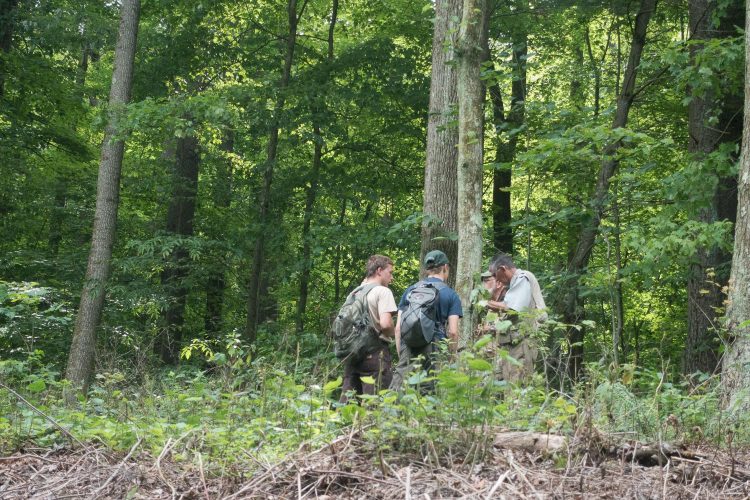 Approximately 50% of the county is in farmland.  Much of the forested area, and larger lakes, lie within the Muskingum The Muskingum Watershed Conservancy District (MWCD). The MWCD was formed in 1933 to reduce the effects of flooding of the tributaries of the Muskingum River.  The land conserves water and land, and provides recreational opportunities. The MWCD granted OMLA permission to collect on its lands. 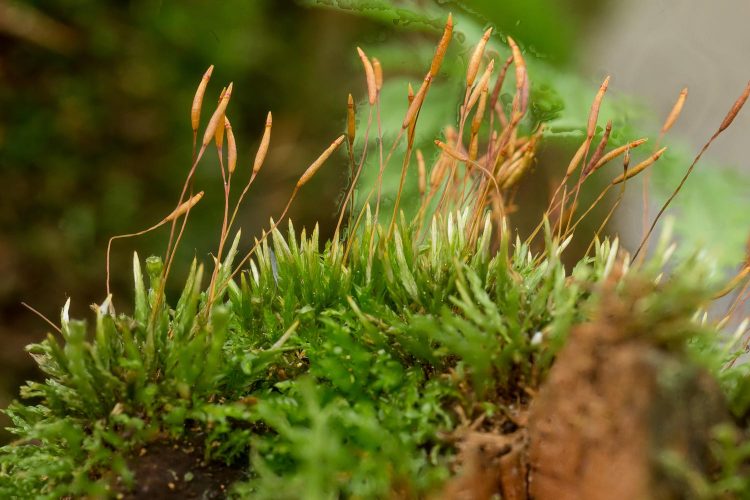 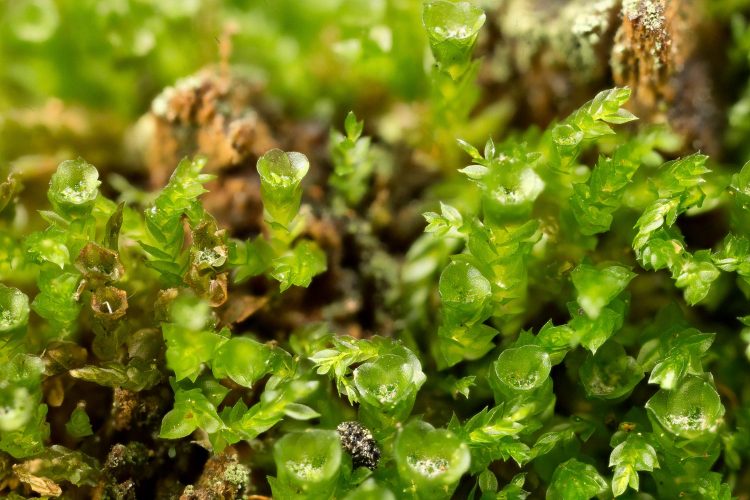 Tetraphis pellucida produces asexual gemmae in cup-like rosettes of leaves atop many stems.

A total of 21 macrolichens were recorded during the Summer Foray.  Of these, 11 were new for Carroll County (designated by N in the table below).  The fruticose lichens, Evernia mesomorpha and Usnea strigosa, were seen on several fallen branches and tree tops. These species are becoming more common in Ohio due to improved air quality.  One lichen, Bryoria furcellata, is rare and is discussed in an accompanying article in this issue. 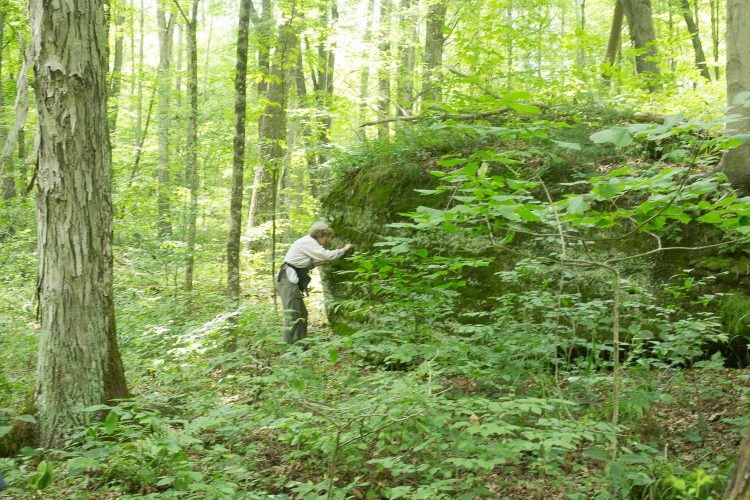 Looking for liverworts in a sandstone boulder. 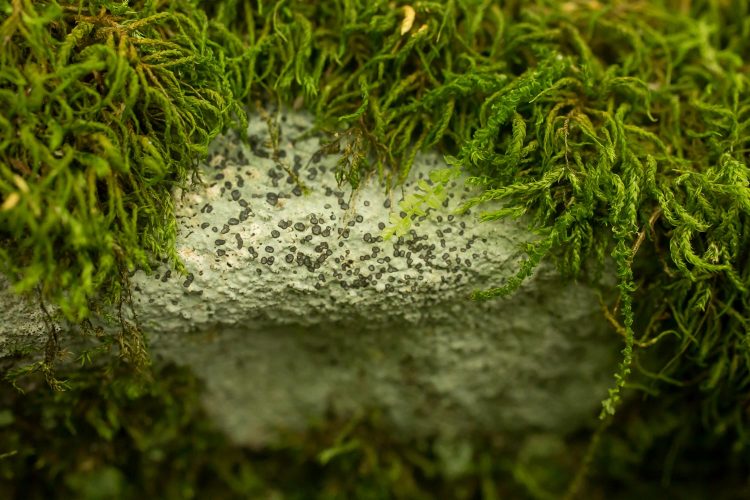 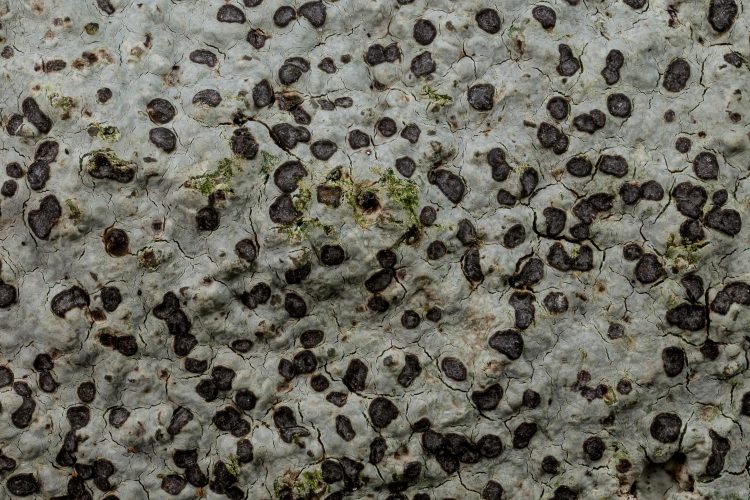 For further information about this most excellent foray, including moss and lichen species lists, look in the December 2016 volume of the Association’s newsletter, OBELISK.