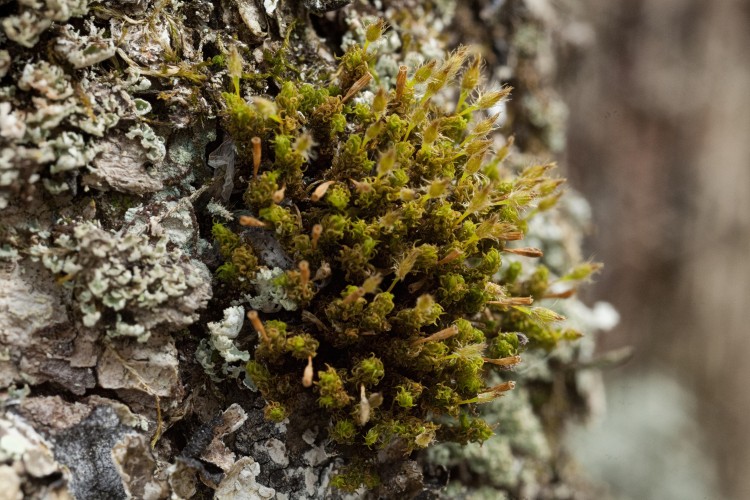 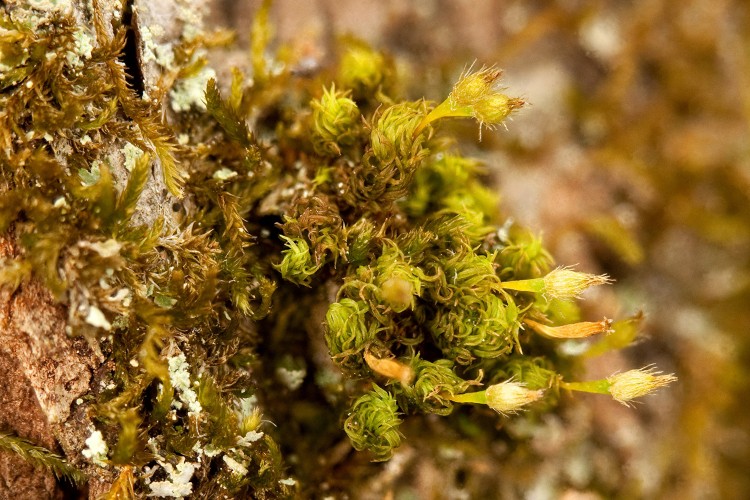 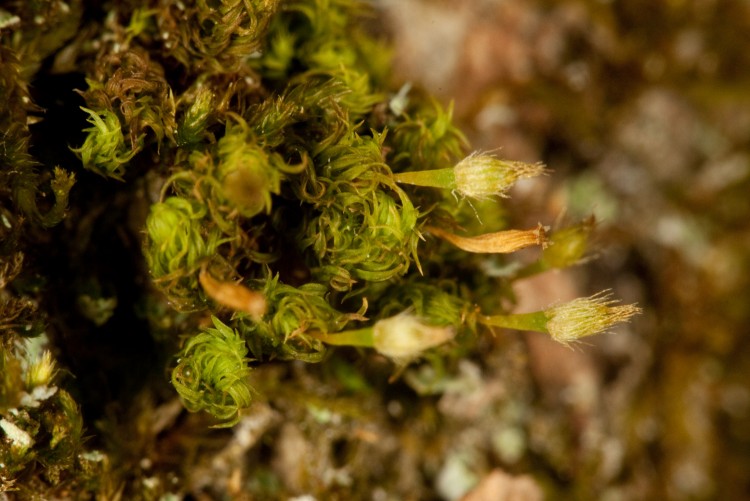 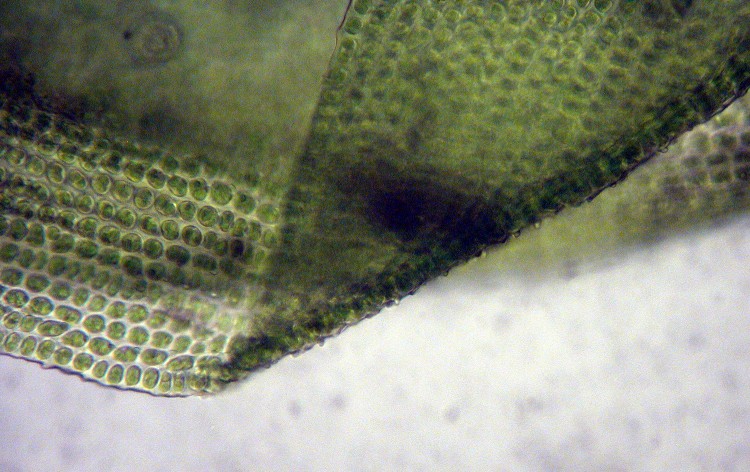 How to recognize curled bristle moss: Ulota crispa  occurs in compact tufts high on the bark of trees. When it is dry the 2-3 mm leaves are strongly contorted; when moist, the keeled lanceolate leaf-shape can be seen. The leaf looks dull due to the papillose leaf cells. The pictures above show the hairy calyptra covering the capsules. Later on, after the calyptra and operculum (lid on top of the capsule) and spores are gone, 8 strong ribs and the 8 teeth of the peristome are apparent on the dry capsules, when viewed with a handlens. The sporophytes appear taller than those of those otherwise similar members of the genus Orthotrichum which are also found on trees, and the leaves of Orthotrichum mosses are never as twisted and crispate as those of U. crispa when dry.

Where to find curled bristle moss: Look for this moss on trees and branches. Ulota crispa is widely distributed across the eastern half of Ohio. 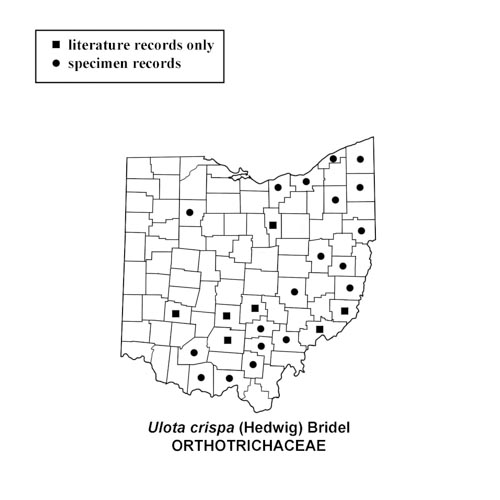