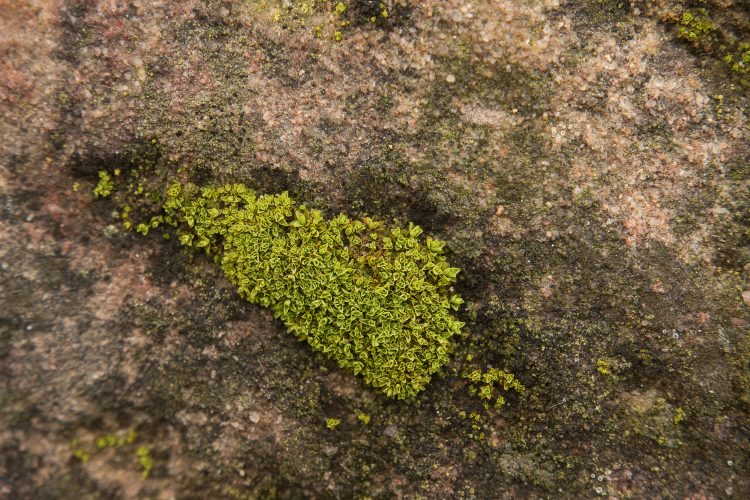 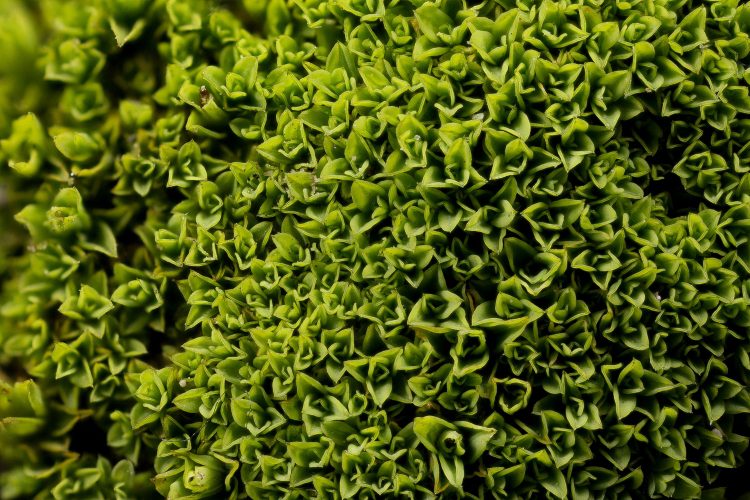 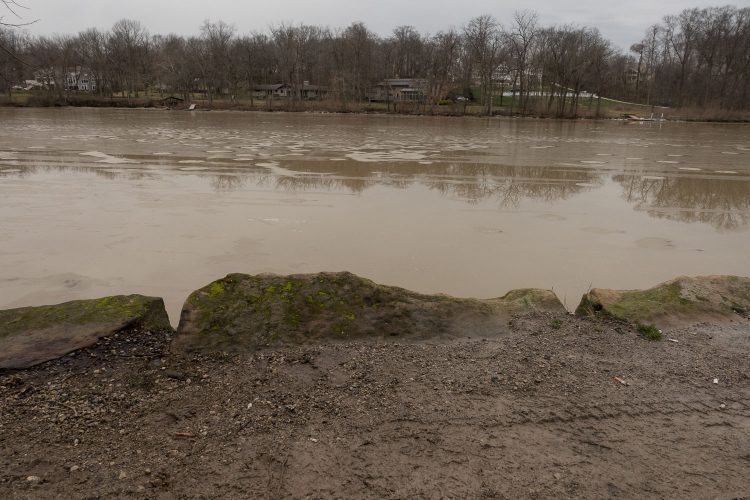 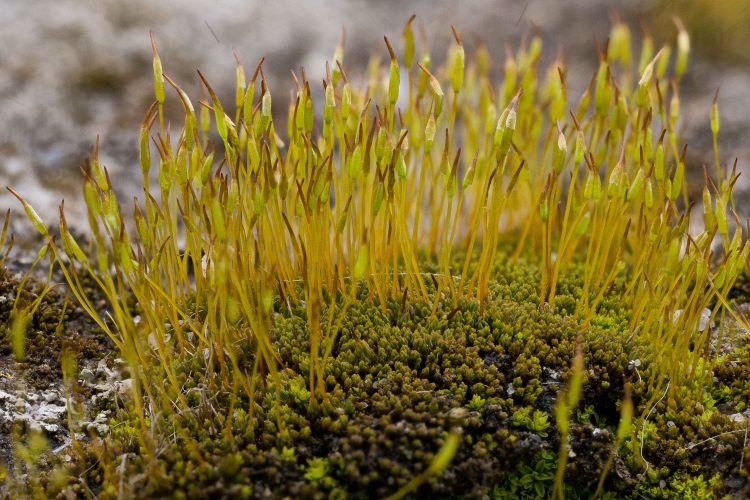 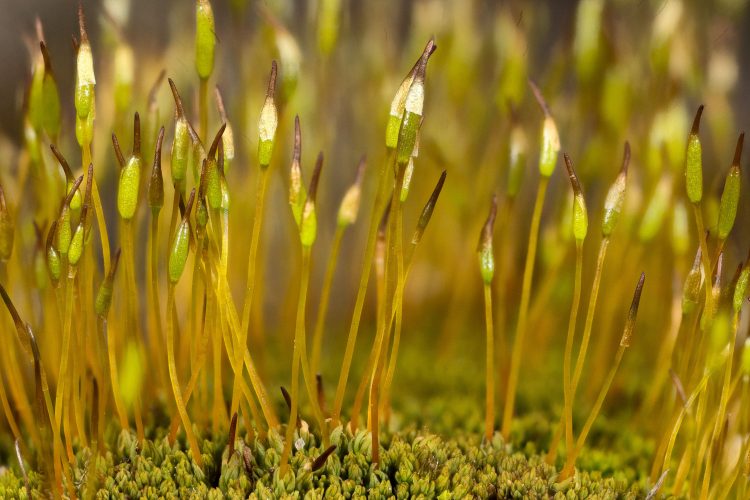 How to recognize Tortula obtusifolia:  This moss, formerly Desmatodon obtusifolia, forms patches of tufted plants on stone. When moist the leaves on this little plant open and spread, when dry they are erect and somewhat contorted. These leaves are oblong-lanceolate to ovate-lanceolate with a rounded apex, occasionally broadly acute and sometimes with a little hyaline apiculus. The midrib extends almost to the tip. A cross-section of the midrib will show the round midrib or costa with a single group of thick-walled stereid cells on the back of the leaf; these stereids act as stiffening to support the leaf. Most of the leaf cells are almost square and densely covered with papillae when viewed through a compound microscope. The cells at the base of leaf have no papillae and are rectangular. The leaf cells bordering the reflexed leaf margins are thicker walled than the interior and so the leaf has a yellowish border. The plants are autoicous with both male and female organelles, but are often found with only organelles of a single sex. The erect capsules may have either a rudimentary peristome or an irregular 16 toothed one to 500 microns long.

Where to find Tortula obtusifolia:  The plants of this moss are only 3-6 mm high so it is obvious on its substrate only as a green covering, or when it is dried out as a brown cover. Look for it on calcareous rock, which includes brick or concrete, and even sandstone if it is in a calcareous area. 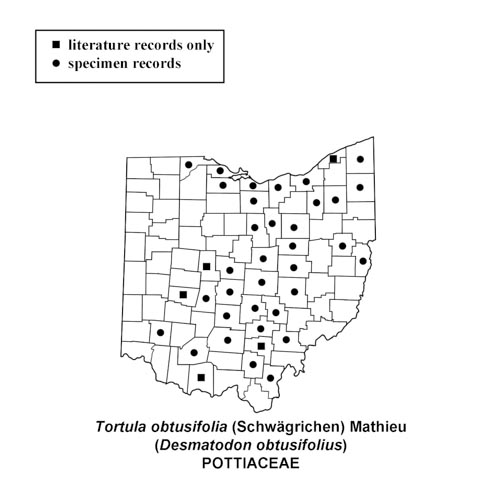