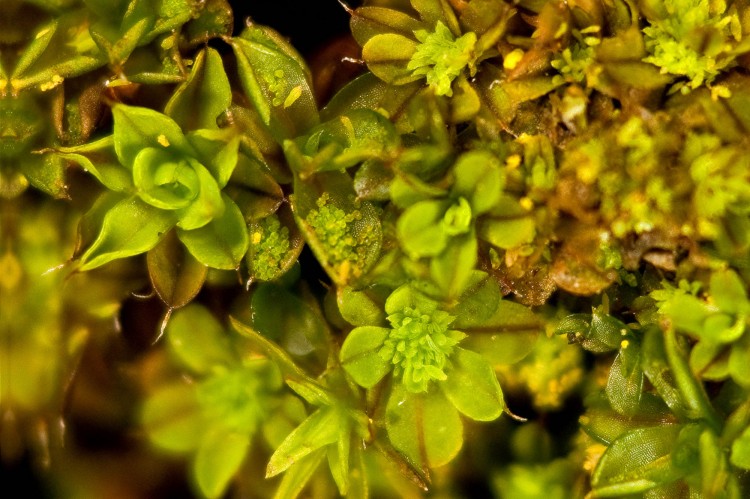 Syntrichia laevipila in lower center (and S. papillosa with small round propagula) on ornamental tree at retirement home in Columbus Ohio. September 30, 2009. 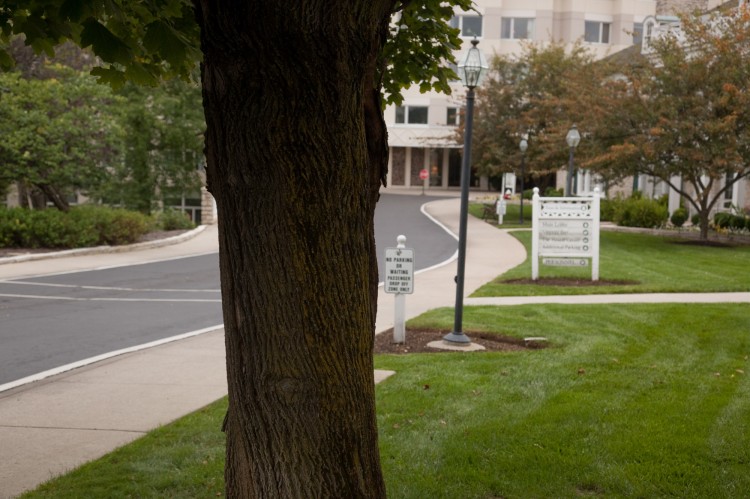 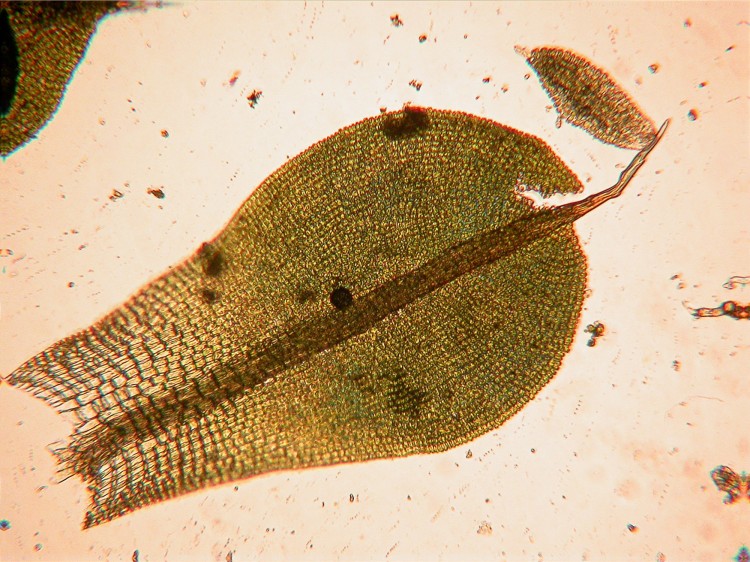 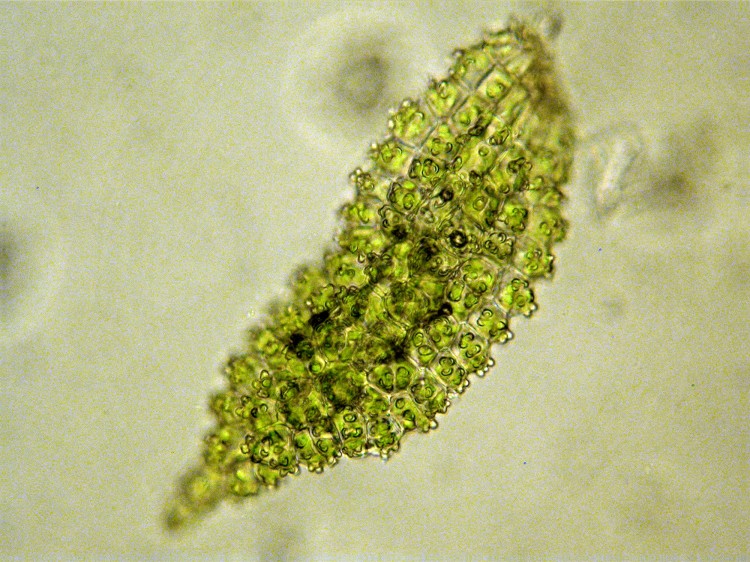 How to recognize Syntrichia laevipila:   These very small plants grow in dense small cushions. They bear ovate or elliptic papillose propagula in dense clusters on the surface of the leaves, which are easily seen with a handlens when they are moist as the leaves open up in rosettes. When they are dry the 1.2-2 mm oblong leaves including the awn are incurved and folded and appressed and usually twisted around the stems. The awn is yellow to hyaline. This moss was formerly Tortula pagorum and along with others like it was separated from Tortula by Zander in 1993 on the basis of upper leaf margins with short cells, crescent-shaped stereid (thick-walled cells) band in the costa or midrib, and red color developed with the addition of dilute KOH.

Where to find Syntrichia laevipila:   Look for this moss on trees. It is relatively uncommon in Ohio and found in only a few scattered counties in the southern half of the state. 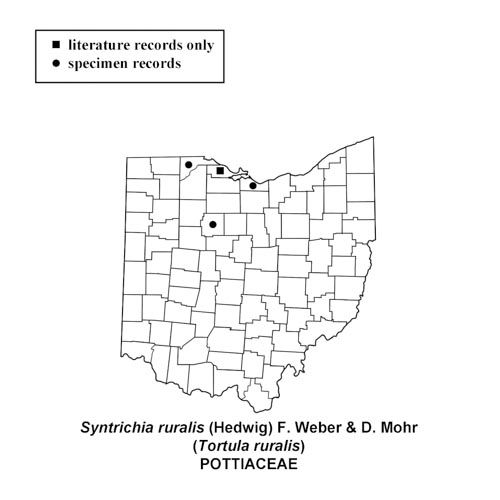