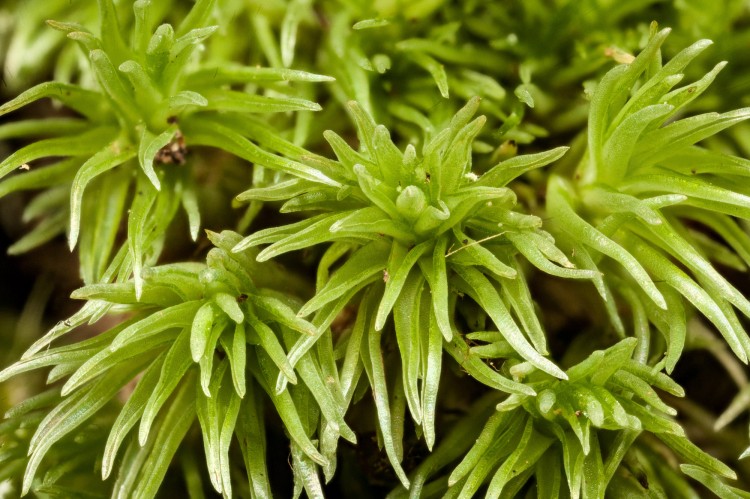 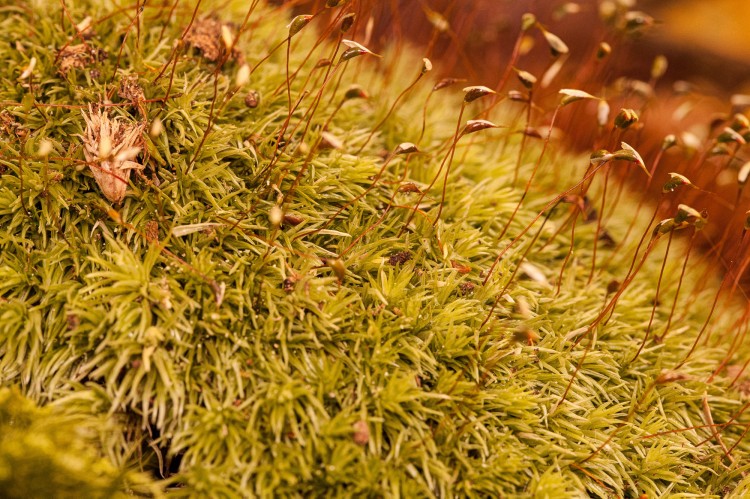 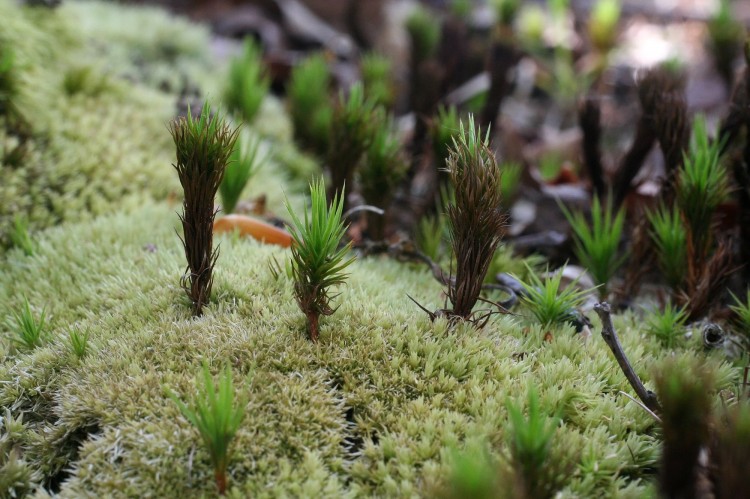 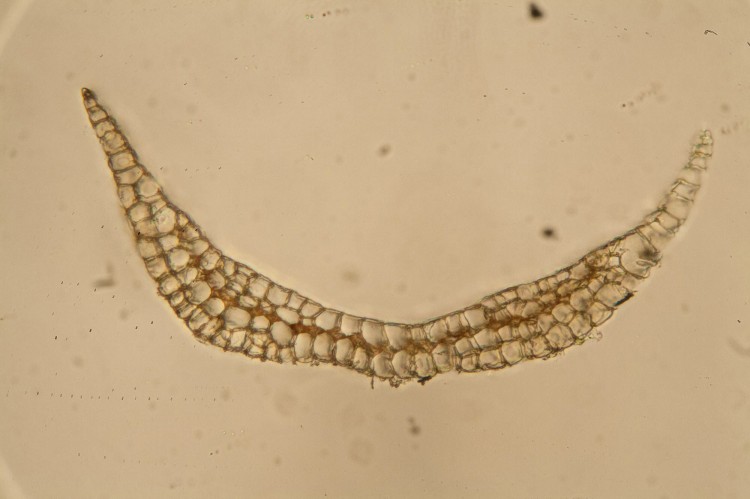 How to recognize Leucobryum glaucum: This moss forms low whitish green mounds on soil. There are clear hyaline cells forming a layer or two above and below smaller green cells in the leaf. When it is wet and the clear (hyaline) cells have filled with water it appears to be a darker green. The leaves are 3-9 mm long consisting of a basal sheathing section and an extended concave or tubulose limb. This limb is commonly longer or equal to the length of the sheathing base; in the other species found in Ohio, Leucobryum albidum, the 2-4 mm leaf has a limb shorter than the sheath. If the leaf cross section is used to separate the two species, it must be cut at the very base of the leaf sheath. The capsules of Leucobryum glaucum are strumose (enlarged on one side at the base like a little goiter) while those of L. albidum are usually not.

Where to find Leucobryum glaucum: Look for this moss on the edge of woods, along the top of bluffs, and in other wooded areas. 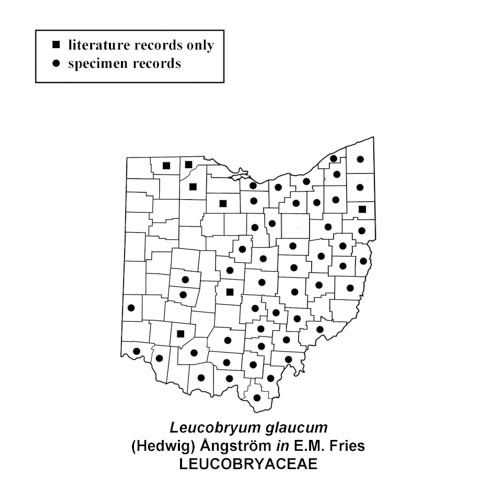