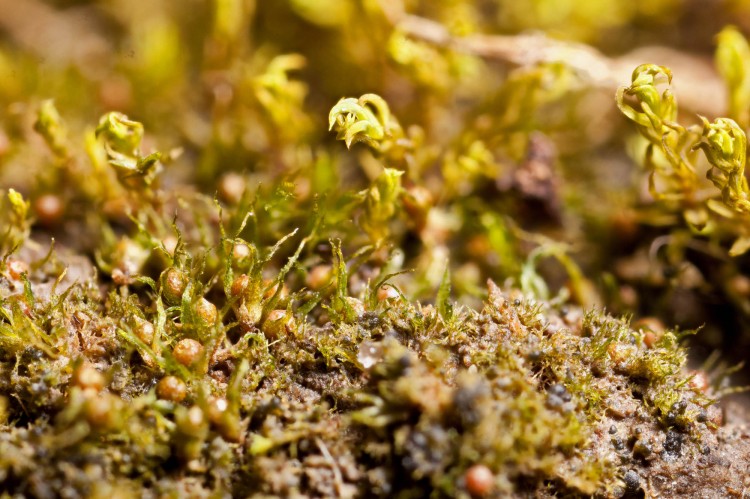 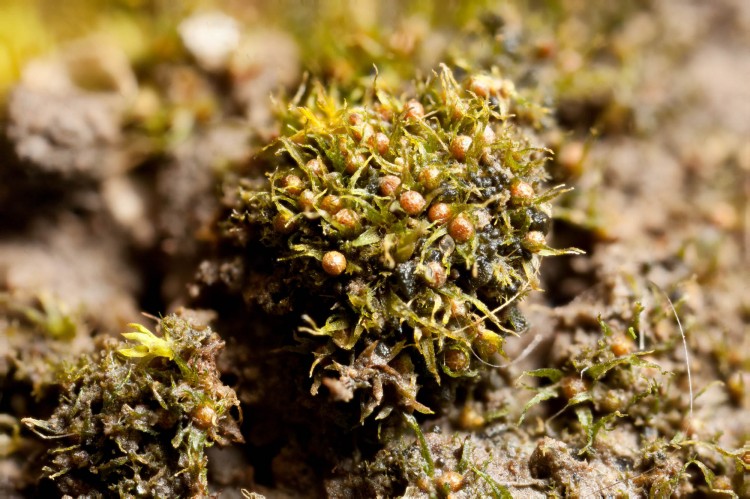 How to recognize Ephemerum cohaerens: The earth mosses are extremely small short-lived mosses of open bare soil that occur as tiny short plants with sessile sporophytes across a bed of persistent protonema. When moss spores arrive at a good habitat filamentous protonema grow first; then a small bud develops and eventually an entire plant. The largest leaves are 1.5 mm long, oblong, or oblong lanceolate with a recurved tip and irregularly toothed, with shoulders about 2/3 up the leaf. The costa is stronger and thicker above. The ovoid capsules release the large (45-54 x 60-95 micron) papillose spores by tearing open near the middle since the capsule has no cap (operculum) or peristome.

Where to see Ephemerum cohaerens: Earth mosses are mainly fall ephemerals. Look for them on wet bare soil in agricultural fields and along woodland paths where bare moist soil exists. 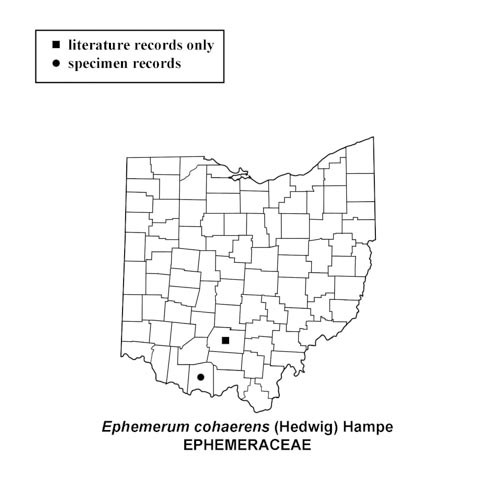