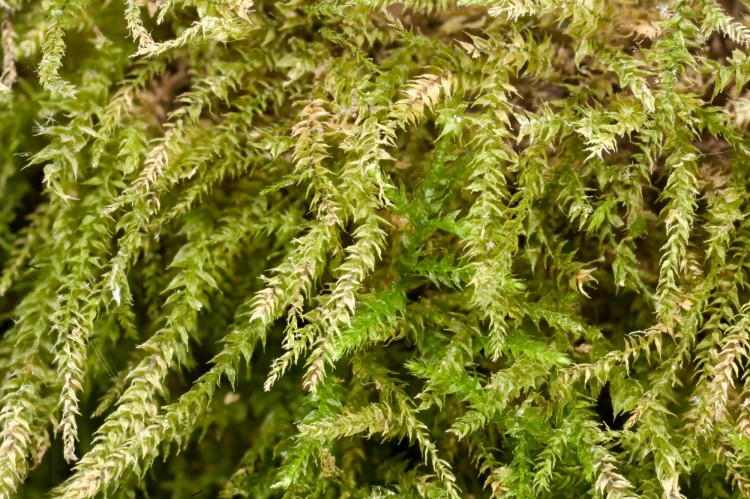 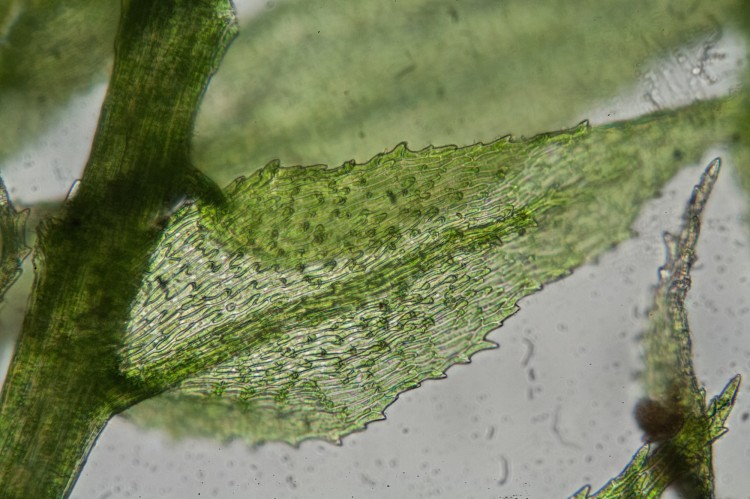 How to recognize Bryhnia graminicolor: This moss grows in yellowish-green mats of irregularly branched plants. There is a sharp spine on the end of the single costa on the back of the leaf which can sometimes be seen against a bright light with a handlens. The ~1 mm leaves are lanceolate to ovate-lanceolate. Under a microscope if you remove some of the leaves from a stem you can see the leaf decurencies, extensions of the leaf that grow down the stem below the base of the leaf. These will either strip off with the leaf when it is removed or you can find little triangular bits of leaf on the stem. This genus has unusual papillae on the back of the upper part of the leaf; the end of upper part of the cell protrudes out on the back of the leaf. These cells are called prorate and can be found most easily by looking at a whole branch under the microscope along the back of the leaves. Bryhnia graminicolor usually has very obvious prorate cells, unlike its sister species, B. novae-angliae which sometimes only has a few with smaller projections, but this sister species has twisted leaf tips and a different leaf shape which helps to distinguish it.

Where to find Bryhnia graminicolor:  Look for it in wet areas on rocks and soil. It is often found in calcareous spots like limestone rocks. 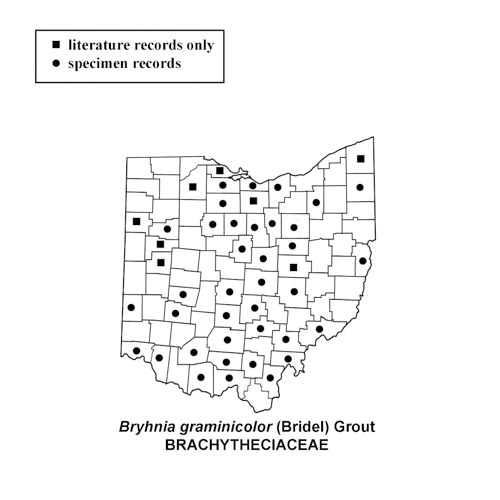