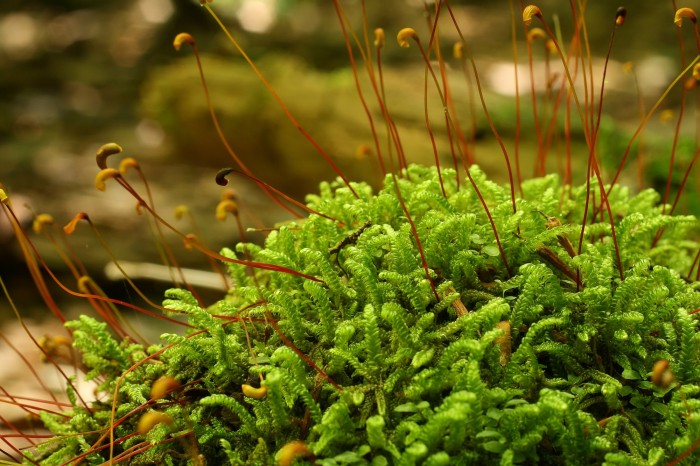 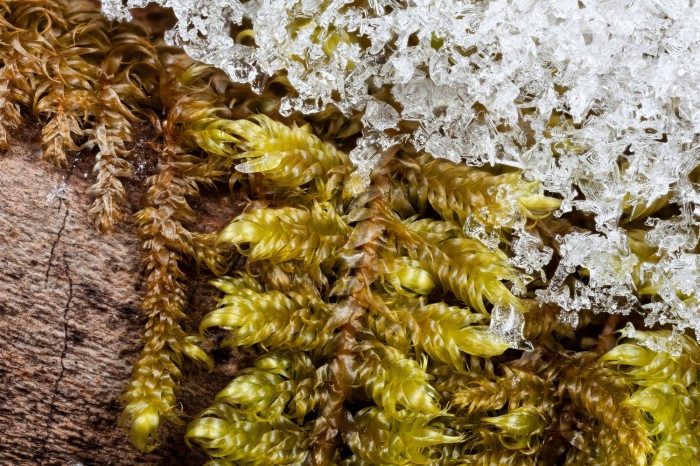 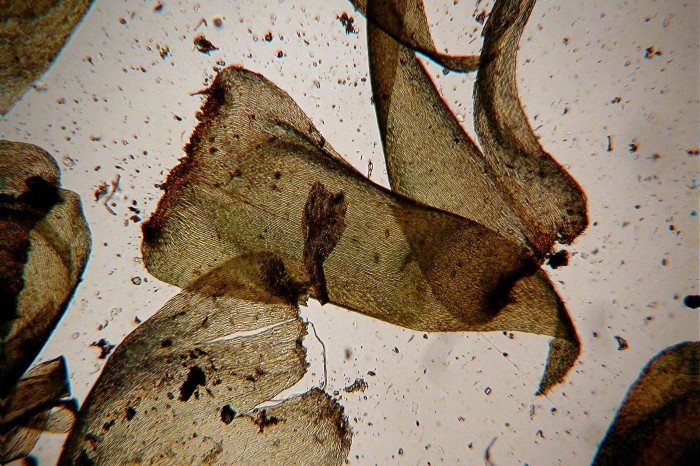 How to recognize Hypnum curvifolium:  This mat-forming moss has 1.5-2 mm long falcate-secund leaves that give the stem and branches a somewhat braided appearance.  Branches are regularly pinnate similar to Hypnum imponens.There is a short double costa or rib. The outer cells of the stem and mostly small and thick-walled, although there are occasionally thin-walled hyaline cells that strip off the stem with the leaves. Usually the base of the leaf where it joins the stem, forms bulges (auricules) on the side of the leaf, but often the leaf base is just straight. There are 1-2 rows of enlarged thin-walled alar cells and just above these several rows of thick-walled quadrate cells. The bumps (beginning branches) on a stem of this moss are surrounded by short foliose leaves

Where to find Hypnum curvifolium:  Look for this moss on humus and rotting logs and soil over rocks in wet woods and near streams and swamps. 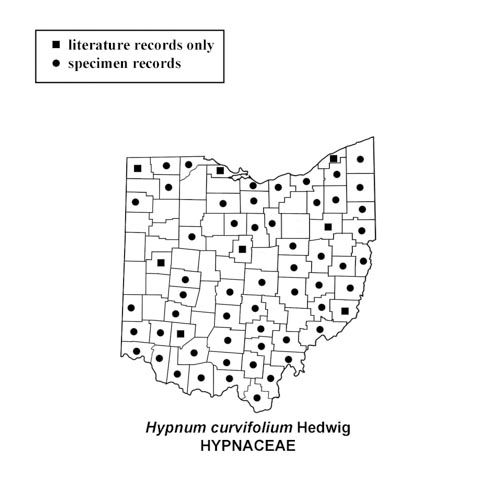